After much teasing, Honda has finally taken wraps off the new CBR600RR – And revealed all the details

The middleweight superbike segment had fizzled over the past few years for many reasons. Especially the 600cc segment which has been gasping for breath for a very long time now.

What once used to be a highly competitive segment has now trickled down to only two notable global products in the form of Kawasaki Ninja ZX-6R and Yamaha R6. While majority riders feel that it is easier to coast around in a 600cc bike due to lightweight and sharper handling, there can be no denying the fact that litre-class bikes provide the extra boost and are much easier to handle now with the provision of different ride modes. 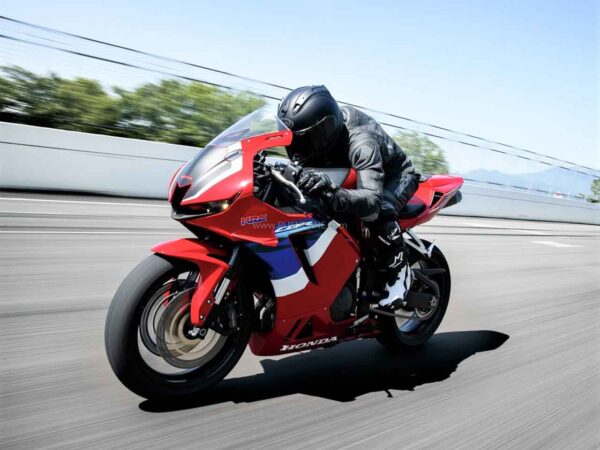 First launched in 2003, the all-new 2021 model of CBR600R is expected to take things a few notches up. The design will be able to grab one’s eyeballs and appeal to each and every motorcycling enthusiast. One cannot mistake it for any brand other than Honda due to the presence of the signature under-seat exhaust. However, rather than focussing on the looks, Honda has invested in focussing on the performance and handling of the sports bike.

It continues to draw its power from a 599cc in-line four-cylinder unit which continues to produce 120 hp and 64 Nm of peak torque. However, the maximum output is now attained at a much higher revolution of 14000rpm and 11,500rpm. Even though the specs haven’t been altered, internal parts of the engine have been cast from lighter and stiffer materials. In addition, to improve on the emission norms the valve timing has been refigured to improve its breathing ability.

One of the highlights is the new fly-by-wire technology which now comes with a new Bosch made six-axis IMU. This system allows the ABS to work on more sophisticated actuation. Then there are various other functionalities on offer which include- wheelie control mode, traction control mode, lean angle-sensitive ABS and engine braking modes. 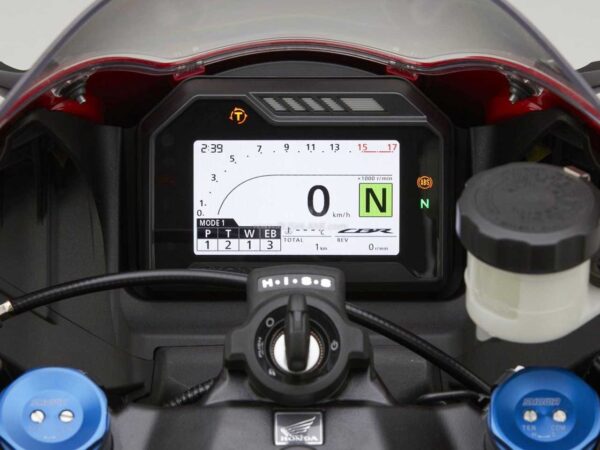 Braking duties are carried out by radial discs of 320mm from Tokico on front and a 220mm disc with a single-piston calliper. Thanks to the addition of IMU, it also gets cornering ABS with rear lift mitigation as standard. As far as kerb weight is concerned, it tips the scale at 194 kg which is 7 kg lighter than its elder sibling- the CBR1000R.

Honda has priced the new generation CBR650R at 1,460,000 Yen which roughly translated to INR 11.40 lakh. However, not to raise any hope, this bike is highly unlikely to find its way to India. Honda will most likely focus this bike on its home market, USA and other countries where emission norms are not very strict. The bike goes on sale in Japan from September 25 onwards this year.