Honda today unveiled the prototype of the 2021 Civic, which is now all set to enter into its 11th generation

The iconic brand was launched by the Japanese car maker back in 1972 and since then the Civic brand has conquered most major automotive markets across the globe. Honda has been working upon the next generation Honda Civic for some time and now, they have unveiled the prototype of the next year’s model. Final production-spec model is expected to be unveiled in early 2021.

Honda Civic Coupe fans might get disappointed as Honda has confirmed the discontinuation of the Coupe body type however both, sedan and hatchback versions will be continued for the new gen 2021 version. Si Sedan and Type R hatchback versions too will be brought in by Honda for the 2021 Civic, later in the future though.

The new generation Civic will almost be of the same size as that of the 10th generation model. In fact, it is even going to be based upon the same platform on which the current generation Civic is based upon. Despite being of identical proportions, Honda’s designers have tried to ensure that the 2021 Civic looks wider and lower than before.

At the front, Honda has brought in a new chunky bold grille and sharp LED DRLs. Overall profile of the car looks majorly similar to the 10th generation Civic however the design looks more mature. The new front lands up looking a little more aggressive, thanks to the new design updates, the rear gets large split tail lamps (in a smoked housing) and an updated bumper. 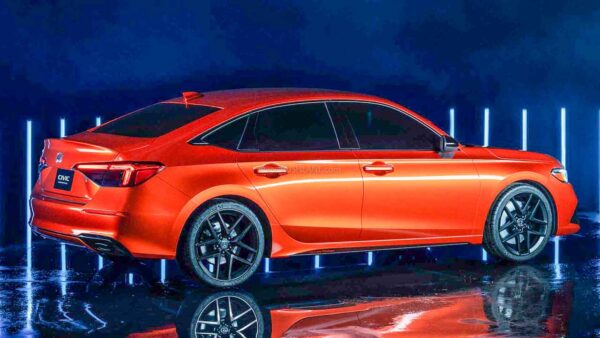 2021 Honda Civic is seen riding on 19-inch black wheels and was draped in Solar Flare Pearl paint, both of which will be offered on the final production spec model as well. Honda has also confirmed that it will be offering some new paint options with the 2021 Honda Civic though the exact details haven’t been confirmed.

For the inside, Honda hasn’t revealed the exact details of how the interiors of the 2021 Honda Civic will look like. However, Honda has given a rendered image which shows a minimalistic design, on the lines of what we have seen on Honda E’s interiors. 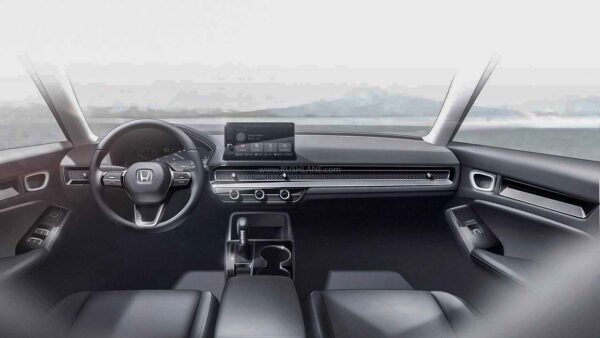 To keep up with the times, equipment levels will also go-up on the 2021 Honda Civic. For example, there will be a 9-inch touchscreen infotainment unit, instead of the 7-inch one found on the current gen, an all new all digital instrument cluster, which will be a first for any Honda.

International debut of the production-spec 2021 Honda Civic is expected to take place in the first half of 2021. Honda hasn’t commented about market-specific launch details yet. India hasn’t been a priority market for Civic and we guess the Indian launch, if it happens, could get a little delayed compared to the International launch. 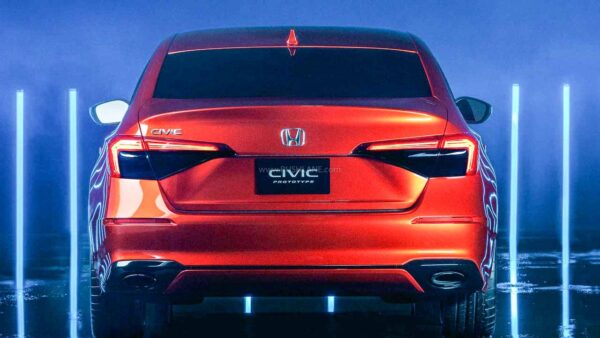 In India, Honda had brought in the Civic after a long break in the first quarter of 2019. Demand for the full-sized sedan has been low to moderate and we believe that the powertrain combinations on offer are also to be blamed for the same.