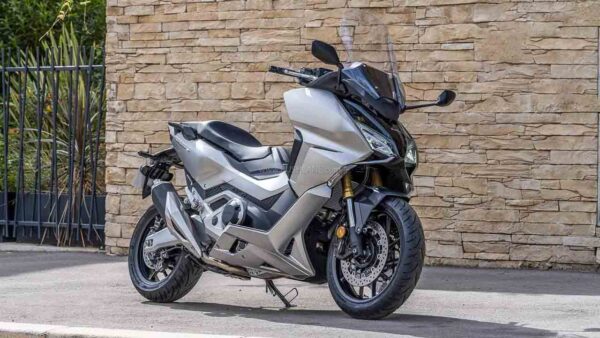 Maxi-scooters are a big rage in international markets, especially in Western countries. Convenient to ride and big in power delivery, these scooters cater to a wide range of enthusiasts. Honda has now announced the launch of a new high-displacement maxi-scooter.

Dubbed as Forza 750, the new Honda scooter replaces Integra as its flagship scooter in its portfolio. It is basically a revamped mixture of Integra and X-ADV both of which utilised the same powertrain. It has been renamed Forza since the Forza 125 and Forza 300 have been very popular in recent times and the Japanese brand would love to cash in on this. Take a look at the detailed feature presentation below.

The powertrain has been updated to comply with Euro 5 emission norms and in process has added a few horses of power. The Forza 750 is powered by the same 745cc parallel-twin motor from the NC range of motorcycles and generates 58 bhp at 6750rpm which is 5 bhp more than its predecessor. Peak torque has also increased from 68 Nm to 69 Nm available at 4750 rpm. Transmission duties are carried out by a six-speed DCT gearbox.

This DCT gearbox offers many possibilities. It gives you the option of letting the gear shifts take place automatically or taking control into your hands and selecting the gear ratios by flicking the switches on the left side of the handlebar. The ride by wire technology makes the shifts even smoother. The DCT gearbox has got four levels of shifts with Level 1 being the most relaxed and shifts early while Level 2 being the most aggressive.

It is underpinned by the same platform which also underpins X-ADV and the outgoing Integra. However, the new Honda Forza 750 is more similar in its cycle part architecture to X-ADV than to Integra. An aluminum swingarm with Pro-link rear suspension and 41mm inverted fork is anchored to a steel tube frame. Both suspension units offer 120mm of travel. It uses dual 310mm front discs with radially mounted Nissin four-piston calipers and 17-inch front and 15-inch rear alloy wheels. It also gets dual-channel ABS. 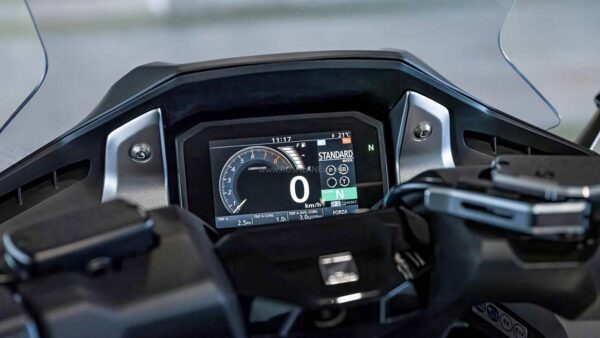 Being a flagship product, it has an exhaustive list of features. The Honda Forza 750 is equipped with an electronic throttle which comes in handy when implementing three riding modes- Standard, Sport and Rain. Additionally, there is a fourth mode which is user configurable. Each of the modes establishes a way of delivering power, engine brake level plus ABS intrusion level and traction control.

It is equipped with a TFT screen with a new voice interface system and Bluetooth connectivity. Other notable attributes of Forza 750 are an all-LED lighting setup, 22-litre of space underneath the seat which has a USB charger, plus a glove box on the right side. It also gets a proximity key that controls the ignition and locks or unlocks the optional rear trunk.