A few days ago Honda unveiled its top of the line maxi scooter 2021 Forza 750. Now, the Japanese auto major has unveiled its entire Forza lineup which includes its younger siblings- Forza 350 and Forza 125. While the Forza 350 replaces Forza 300, the Forza 125 continues to serve as the entry-level power scooter in Honda’s portfolio.

The 2021 Forza 350 made its maiden appearance at the Bangkok International Motor Show earlier this year in July. Both scooters are very much similar in design with subtle updates from their predecessors. What’s more interesting is that both scooters might come to India in future.

Starting with the Forza 125, it gets minor cosmetic updates which include a redesigned front and side fairings, rear side panels, a new engine cover and rearview mirrors. The updated design is aimed not only to make it look sleeker but also to improve its aerodynamic attributes. It will be offered in five paint schemes namely- Pearl Cool White, Matt Cynos Grey Metallic, Mat Carnelian Red Metallic, Lucent Silver Metallic and Pearl Nightstar Black.

In terms of features, the equipment list consists of an electric screen, full LED lighting, an Idling Stop system, a Smart Key ignition and an ACG starter. The 2021 Forza 125 gets an updated and re-shaped electric windscreen which can be adjusted for an extra 40mm travel. The updated model also comes with a USB port instead of the ACC 12V charging point present in the previous model. 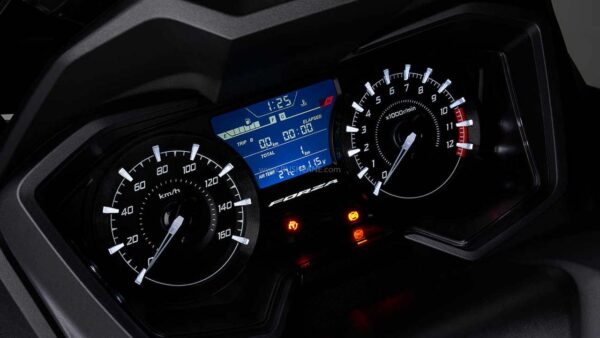 The updated Forza 125 draws its power from the same 124.9cc liquid-cooled single-cylinder engine which is now Euro-5 compliant. This unit generates 14.75bhp at 8,750rpm and 12.2Nm of peak torque at 6,500rpm and is now equipped with a four-valve version of Honda’s eSP (‘enhanced Smart Power’). It can attain a top speed of 108 kmph. 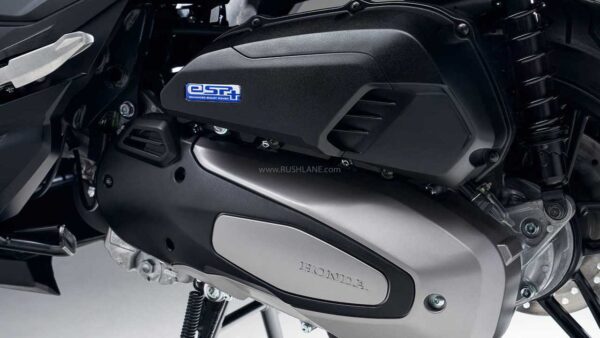 Apart from increasing the bore and stroke of the cylinder, Honda has also altered the engine with a lighter crankshaft, larger valves and a bigger throttle body. The intake and exhaust ports have also been reconfigured. The Japanese manufacturer claims that the new Forza 350 is quicker than its predecessor and can clock a top speed of 137 kmph.

Speaking of its design as well as features, it is more or less similar to its smaller sibling. It gets a full LED lighting setup and an electrically adjustable windshield with a travel of 180mm. Like Forza 125, Forza 350 is also equipped with Honda’s Selectable Torque Control (HSTC) which is also present in Honda CB350 launched recently. Apart from these, it also gets Honda Smartphone Voice Control as an option. 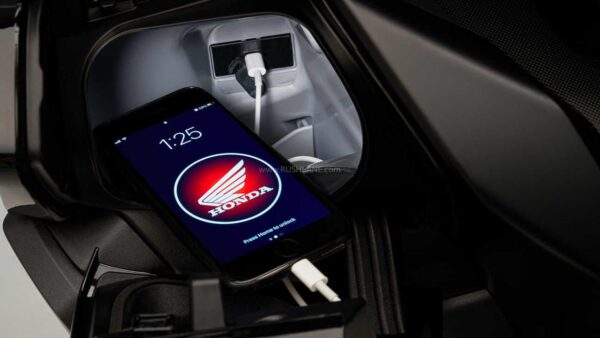 Both scooters run on a 15-inch front wheel and a 14-inch rear wheel and are offered with disc brakes on both ends with dual-channel ABS as standard. Suspension duties on both are carried out by telescopic forks at front and twin shocks at rear. Forza 350 weighs just a little over 180kg whereas Forza 125 measures 159kg.

Forza 125 and Forza 350 are slated to hit the European markets early next year and prices will be announced soon. As for its launch in India, there is no word from Honda as of yet but sources believe that we might see these scooters by the end of 2021.