After intense speculation and rumours, Honda has finally unveiled its flagship cruiser Rebel 1100. Several design renderings have been previously doing rounds on the internet. The cruiser motorcycle has been designed and conceptualised in line with Honda’s new “Relax and Excite” design theme.

Honda claims that the latest iteration of the premium cruiser is an easy-to-ride motorcycle and will cater to a wide range of audiences. It will be offered in two variants- Rebel 1100 and Rebel 1100 DCT. The cruiser shares its underpinnings and powertrain with Honda Africa Twin. 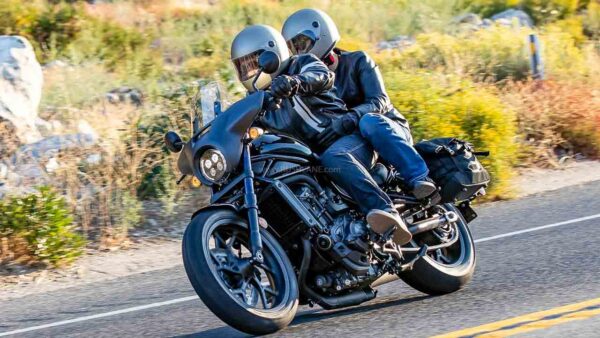 It draws its power from a 1084cc Unicam parallel-twin engine (with PGM-Fi) which has a 270° phased crankshaft and uneven firing interval sourced from CRF1100L. This makes for a strong low-end performance.

It puts out 87 PS of power at 7000rpm and 98Nm of torque at 4750rpm. This is less than the output received at the adventure motorcycle which produces 102 PS of power and 105 Nm of torque. Transmission duties are handled either by a six-speed manual or a DCT automatic gearbox.

Coming to its dynamics, the bike sits on a tubular steel frame which is assisted by 43mm conventional telescopic forks at front and twin Showa shocks with piggyback reservoirs. It rides on 18-inch front and 16-inch rear wheels which derive their stopping power from twin 330mm discs with a four-piston caliper and a single 256mm disc respectively. These are assisted by a dual-channel ABS. Saddle height is extremely low at 700mm and it tips the weighing scales at 220 kg (kerb weight).

In terms of styling, it draws inspiration from other members of the Rebel family and influence of a Bobber design is clearly visible on the bike. When it comes to features, it gets an all-LED lighting setup and a single-pod LCD digital instrument display. 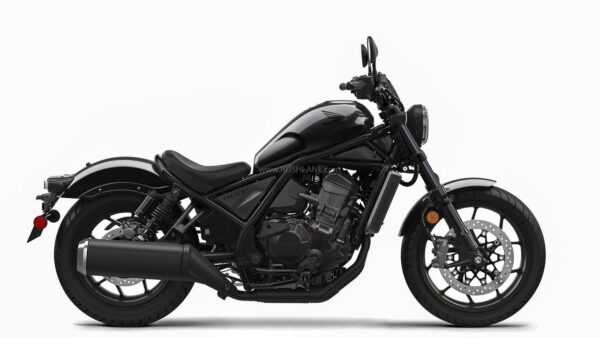 Honda is also offering a number of optional accessories such as a batwing fairing, soft saddlebags with rack and quilted saddles in black and tan. It is yet to be seen whether Honda brings this high-end cruiser to India or not. As of now, there has been no word from Honda whether it will bring any member of the Rebel series in future.