One of the popular scooters in Indonesia, Honda Scoopy has sold more than 4.5 million units since the time it was launched in the country in 2010. Honda has now launched the next-gen model that comes with a range of cosmetic upgrades and new features. It is available at a starting price of IDR 19.95 million, approximately INR 1.05 lakh.

2021 Honda Scoopy is a lot more attractive in comparison to its predecessor. It has been designed in accordance with the styling needs of the fashion conscious young generation. A range of visual enhancements have been incorporated such as the oval shaped headlamp and tail lamp and splashier rear indicators. The new headlamp is also functionally relevant, as it comes with LED projector lighting system. 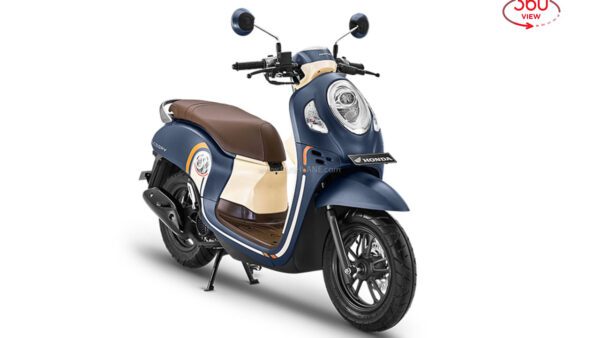 Next-gen Honda Scoopy is being offered in four variants, Sporty, Fashion, Stylish and Prestige. Each variant has its unique colour options such as Prestige white and black, Stylish brown and red, Fashion blue and cream and Sporty red and black.

Talking about comfort and convenience, new Scoopy gets a large 15.4 litre utility storage space beneath the seat. A USB charger has been added to the console box, allowing users to charge their mobile devices without the need for an additional adapter. Other key features include multi-function hook at the front and side stand indicator.

In terms of safety & security, new Scoopy has been equipped with smart keys that offer answer back feature and anti-theft alarm. It also gets tubeless tyres and brake lock lever.

Powering Honda Scoopy is latest generation 110 cc, SOHC, programmed fuel injection engine that is capable of delivering 9 PS of max power at 7,500 rpm and 9.3 Nm of peak torque at 5,500 rpm. It comes with eSP (enhanced Smart Power), which not only boosts performance but also improves fuel efficiency. The scooter also gets ACG starter, which ensures smooth engine starts without the usual spluttering sound. 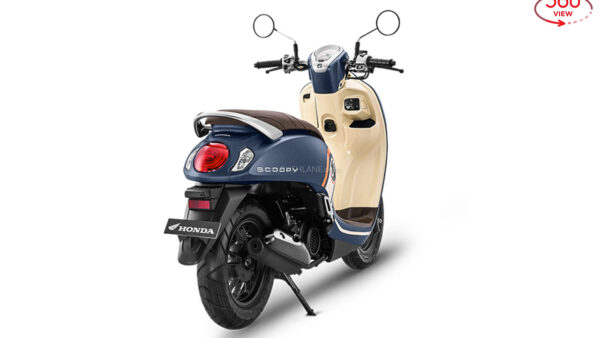 Another great feature is the advanced Idling Stop System (ISS) that turns the engine off when it is idle for more than 3 seconds. To restart, the user just needs to rev the accelerator. New Scoopy comes with a larger fuel tank that can hold 4.2 litres. As per EURO 3 testing standards, new Scoopy can travel 59 km per litre when used with ISS.

The scooter’s improved performance is also made possible with the new eSAF frame. The new frame offers multiple benefits such as better ergonomics, improved agility to tackle city traffic and lightweight for enhanced fuel efficiency. 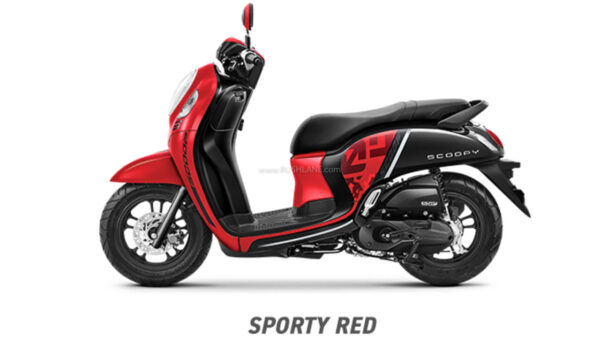 It is not certain if Scoopy will be launched in the Indian market. Honda already has the top selling Activa in its portfolio, so, there’s limited possibility.