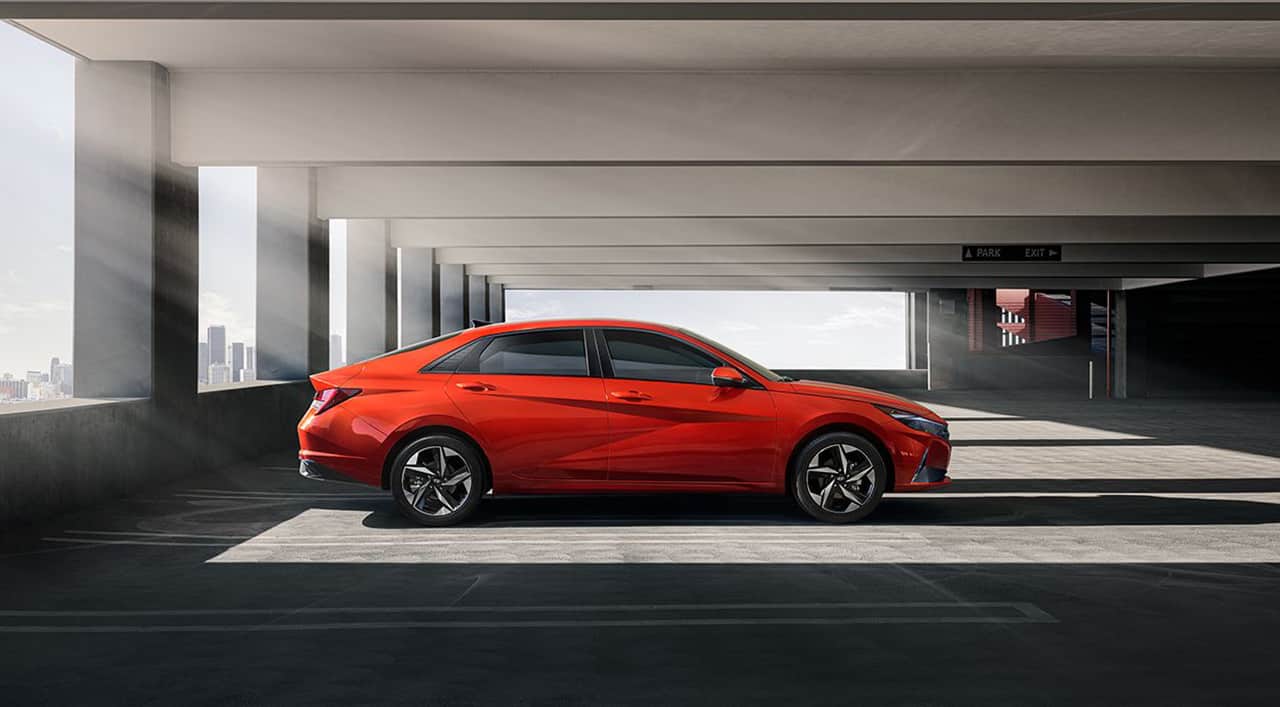 The Hyundai Elantra has received a massive overhaul for the 2021 model year. The exterior styling is a bit controversial and a marked shift from the current form of the South Korean brand’s ‘Sensuous Sportiness’ design philosophy. However, it does seem to have the potential to grow on you with time.

As evident from the last few generations, Hyundai has been gradually making the sedan’s silhouette more coupe-ish. In the case of the 2021 model, the coupe styling has become more prominent. The overall design feels dynamic even though the front fascia would be a bit hard to digest at first. Sharp aesthetic elements take over the exteriors.

The 2021 Hyundai Elantra has grown a bit compared to its predecessor. It is 56mm longer and 25mm wider while being 20mm lower. The wheelbase has also increased by 20mm. This is primarily because the latest avatar of the Elantra is based on an all-new K3 platform which is promised to be “lighter, safer and stronger”. To make the driving experience more engaging, the engineers have optimised the steering system and suspension architecture.

Inside, the car follows a design approach dubbed as the ‘Immersive Cocoon’. The cabin is loaded and features a 10.25-inch digital instrument cluster alongside a 10.25-inch touchscreen infotainment system (optional highest size). Other highlights include an eight-speaker Bose audio system, smart key, ambient illumination (64 colours), voice commands, heated seats and improved ergonomics — which is surprising for its coupe-like styling.

For the global market, the base powertrain is a 2.0-litre four-cylinder engine that makes 147bhp and 179Nm of torque. This is mated to an IVT unit (Hyundai’s version of CVT) that drives the front wheels. The folks at Hyundai claim that the shifting behaviour of the transmission has been vastly improved.

As a welcome addition, the 2021 Hyundai Elantra gets a new hybrid variant which has a claimed fuel economy of more than 20km/l. The 1.6-litre GDi four-cylinder engine (running on Atkinson cycle), coupled to a 1.32kWh Li-ion battery, gives a combined output of 139bhp and 264Nm of torque. Compared to the regular variant, the hybrid boasts of a 6-speed DCT as well.

The all-new Hyundai Elantra will eventually reach the Indian market with market-specific BS6-compliant petrol and diesel engines. Hyundai India has just launched the all-new Creta for an attractive price tag. On the other hand, the company is reportedly working on an MPV as well as an electric SUV for our market.