Hyundai Motor Company had recently revealed the upcoming new generation i20 in its N Line guise. However, the said model is not the full-fledged N Line car which is said to be much more powerful and sportier.

Although the model introduced earlier last week is a sportier variant of the stock i20, it is nowhere in comparison to the one we are discussing here. Hyundai has finally shared the first teaser images of the upcoming i20 N which is supposed to hit showrooms in the first half of next year in select international markets.

Earlier this year, the South Korean manufacturer had shared a video of the upcoming hot hatch being tested in harsh and biting conditions of Arjeplog, Sweden. From the images, it is clear that it takes inspiration from its elder sibling i30 N with a similar design philosophy. 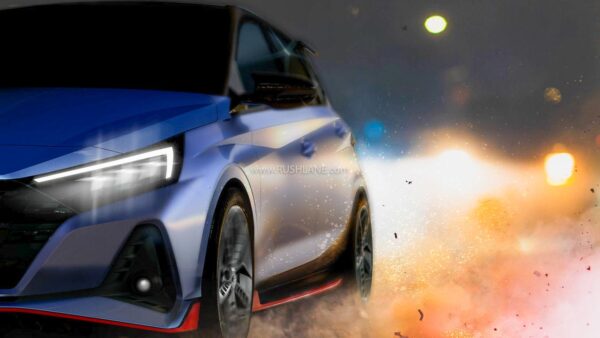 Design-wise, it follows the same approach as the current crop of Hyundai cars. It receives wider and larger air dams which are highlighted by the red splitters outlining underneath. It gets 18-inch angular alloy wheels which are provided with ‘N’ branded brake calipers in red shade. In addition to this, it also receives prominent red side skirts along with an integrated spoiler on the roof and larger exhaust tips.

The exterior is well rounded off with the dual-tone finish as shown in the images with N division’s customary Performance Blue paint complemented by contrasting Phantom Black on roof, skirts, wing mirrors and pillars. The interior is expected to be quite similar to the recently revealed i20 N Line with N branded upholstery and red accents sprayed around various spots. One prominent upgrade inside the cabin is expected to be a pair of body-hugging seats. 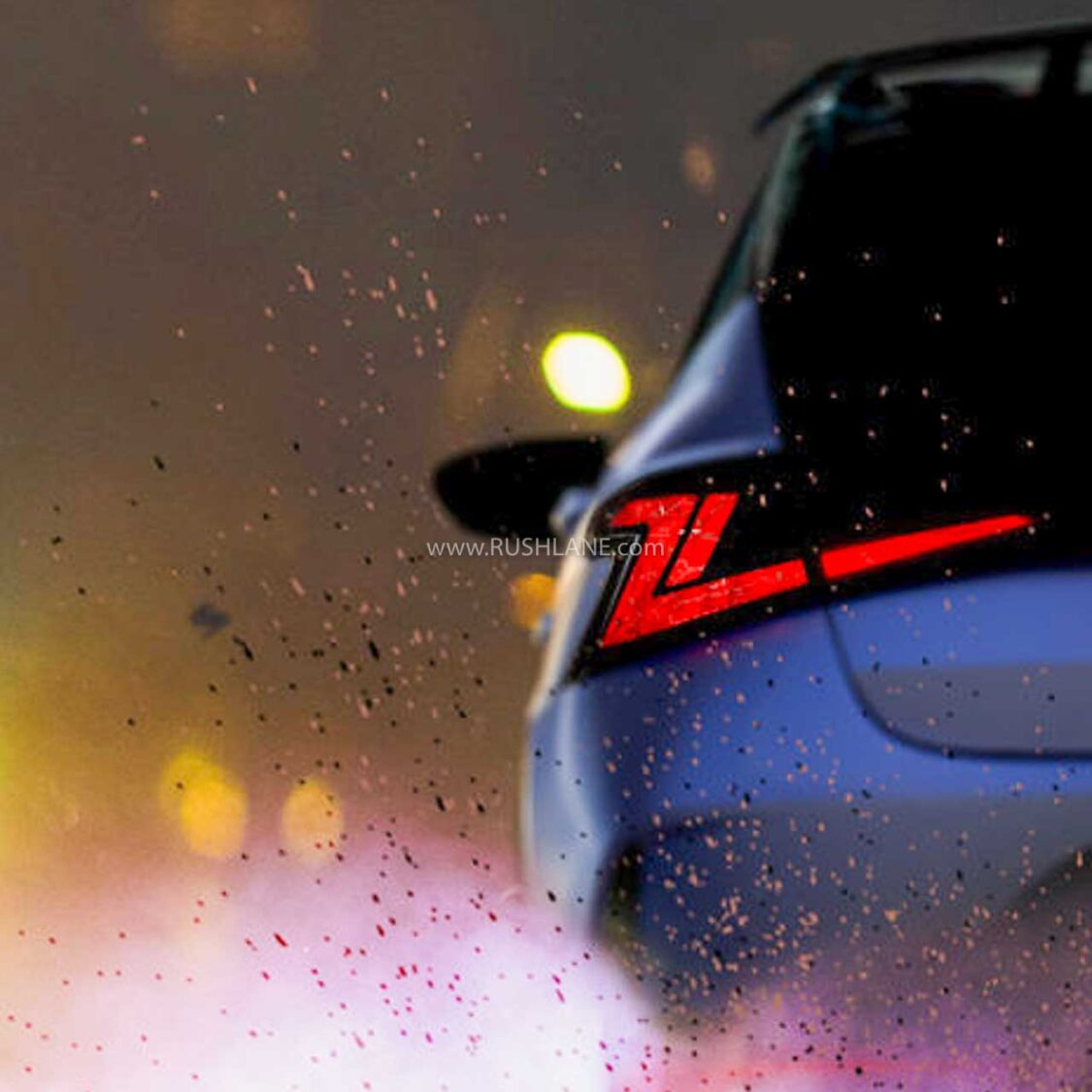 Coming to its most crucial aspect- performance, since it is a N-Line product there is gonna plenty be of power on offer. The i20 N will be powered by a 1.6-litre four-cylinder turbocharged petrol motor which cranks out 200 bhp. This will be mated to a six-speed manual gearbox as standard working in tandem with a limited-slip differential.

Its performance is nothing short of exhilarating given that it can hit the 100 kmph mark from a standstill in just 6.7 seconds. Its acceleration can be gauged by the fact that it weighs just 1,200 kg while its top speed has been capped at 230 kmph. Suspension duties will be carried out by reinforced McPherson strut setup at front and a beefy torsion beam at rear. Anchoring duties will rest on 320-mm front disc brakes.

Hyundai i20 N is expected to go on sales in European markets in the first half of next year. The sporty hatch will take on its nearest rivals like Ford Fiesta ST, Volkswagen Polo GTI and MINI Cooper S. We do not expect this i20 N to come to India. However, the regular i20 in its latest iteration is expected to be launched on 28th October. Hopefully, it comes with the N-Line kit in the model revealed earlier this week in Europe.