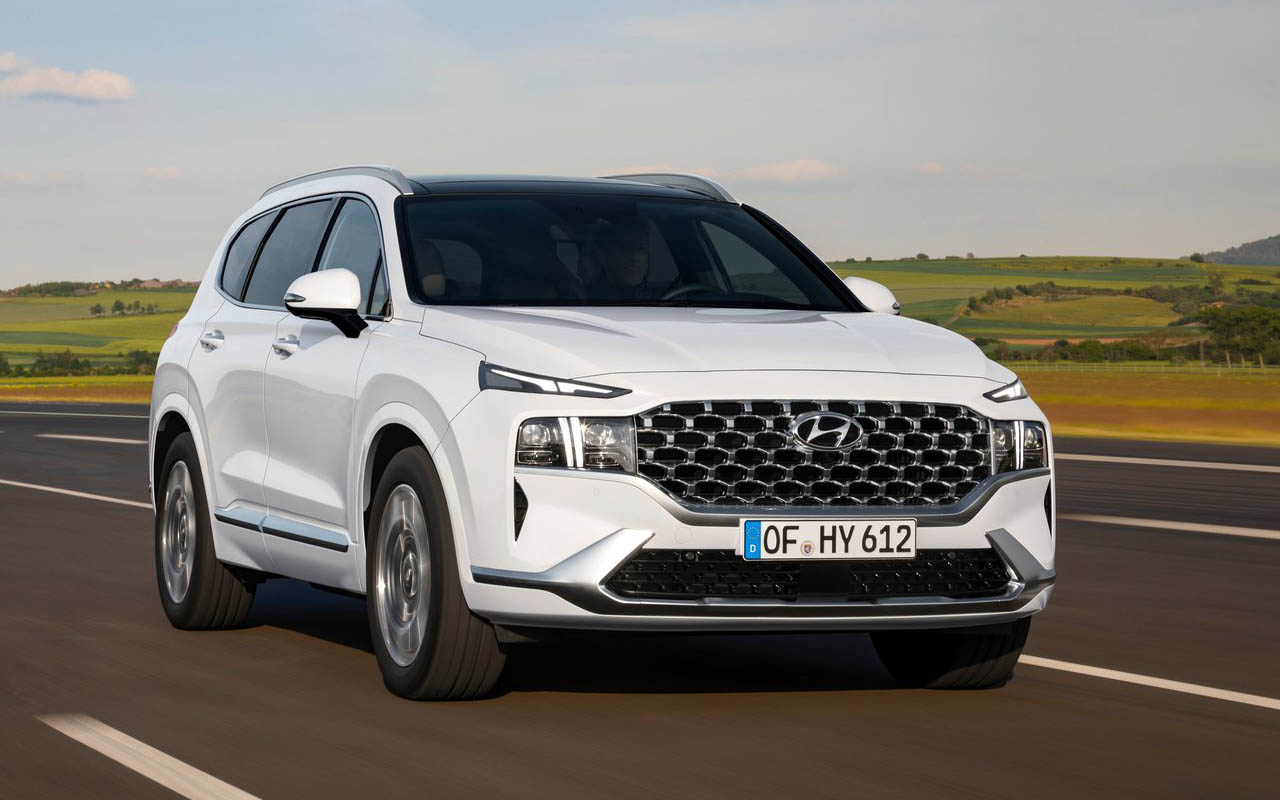 With the all-new 2021 Santa Fe, Hyundai has ditched the signature cascading grille for an octagonal approach

It was only recently that Hyundai Motor Company teased the latest Santa Fe SUV. Replacing the fourth-generation (TM series) 2018MY avatar, the 2021MY Hyundai Santa Fe employs an all-new platform that is capable of supporting electric powertrains. It apparently offers a significant leap in terms of performance, handling and safety compared to its predecessor.

At least in its initial format, the all-new Santa Fe comes only in a three-row format. Reports state that it will hit European markets towards the end of September after which it will be filtered down to potential markets such as North America and Southeast Asia.

The Indian market has not been kind to the mid-size SUV (‘premium seven-seater SUV’ in Indian terms) and we have received only its third and fourth generations. For the same reason, it remains unknown whether Hyundai India would introduce it at some point in the future. On the other hand, the company is analysing the feasibility of the Hyundai Palisade which shares its internals with the WCOTY 2020 winner, Kia Telluride.

For the 2021 model year, Hyundai has opted a radical styling approach for its popular SUV nameplate. Gone is the signature cascading grille theme. In its place, an octagonal unit (flanked by full-LED headlamps) takes charge. It is hard to unsee a Volvo inspiration in the split T-shaped DRL configuration. The layout is quite interesting as it appears to be dripping down through the body and into the headlamps. Overall, the front profile is more of a like-it-or-loathe-sit situation. We find it interesting since BMW has shown the world worse earlier this week.

Coming to the side profile, the irregular wheel arches make the new-gen Santa Fe stay different from the usuals. The side and rear sections are mostly identical to its predecessor but the new platform makes the 2021MY Santa Fe more than just a facelift or mid-life update. It boasts of a 10.25-inch touchscreen and 12.3-inch digital instrument console inside. A notable inclusion is the shift-by-wire gear buttons to free up space. Again, the basic layout remains roughly the same as before.

Hyundai is yet to share its full technical specifications. It might borrow the Kia Sorento’s PHEV powertrain alongside other mild-hybrid petrol and diesel mills. It is best not to jump into conclusions since the South Korean automaker would most likely reveal every bit of information (including markets and pricing) in a matter of weeks.