Hyundai Motor Company recently unveiled new generation of Tucson, which is going on sale soon in its home market. This is going to be followed by launches in selected international markets next year. Latest images confirm that the premium SUV has started reaching dealerships in South Korea. Images are credit to The Korean Car Blog.

2021 Hyundai Tucson has a completely overhauled design and looks nothing like the outgoing model. New Tucson follows Hyundai’s ‘Sensuous Sportiness’ design philosophy as seen in many recent models of the Korean brand. It borrows the majority of its styling from last year’s Vision T Concept.

New-gen Hyundai Tucson gets a bold and aggressive front end thanks to the uniquely designed grille which seamlessly incorporates multiple LED DRL units. DRLs go completely unnoticed in the dark when they are switched off due to heavy dose of chrome in the grille. Grille itself receives a new 3-D mesh design which looks futuristic. 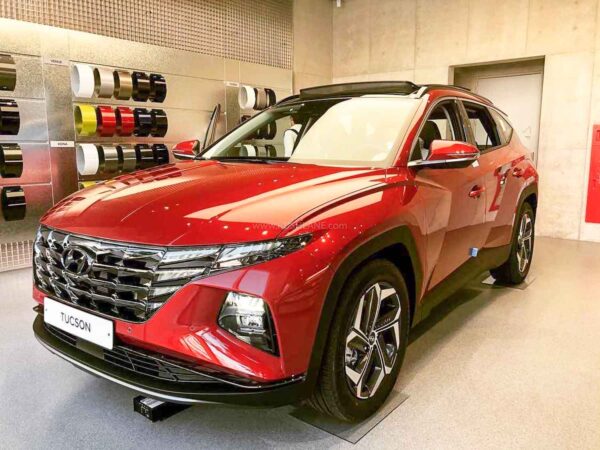 LED projector headlamps have been integrated smoothly into the front bumper which Hyundai calls it adopting Parametric Dynamics. Headlamp cluster also gets LED DRLs and fog lamps integrated onto the main headlight cluster. Faux skid plate underneath the front bumper appeals a lot of sportiness. Along the side, we can see sharp lines running through its creases.

There is black cladding on each wheel arch and if one could notice carefully we can see air dams on the back of all wheel arches. LED taillights on the rear have been connected across the width of the car. This has forced Hyundai ‘H’ logo to be pushed to the glass area. Also, the rear window wiper has been pivoted behind roof spoiler. It rides on 19-inch freshly designed diamond-cut alloy wheels. 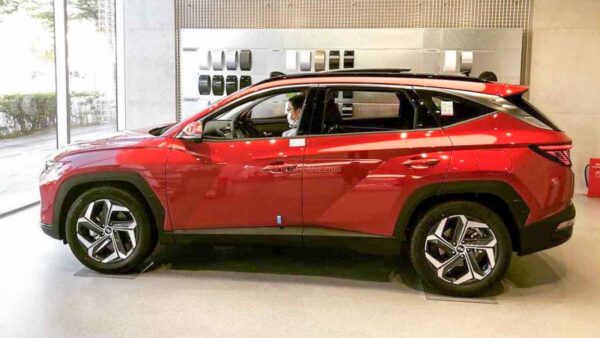 Inside the cabin, twin cockpit appearance is certain to leave many customers surprised thanks to the two strips of silver surrounds in the driver and co-passenger area. Hyundai has adopted an “Interspace” design theme which is highlighted by flat top of the dashboard while lower part is carved-in to give an airy feel to it. 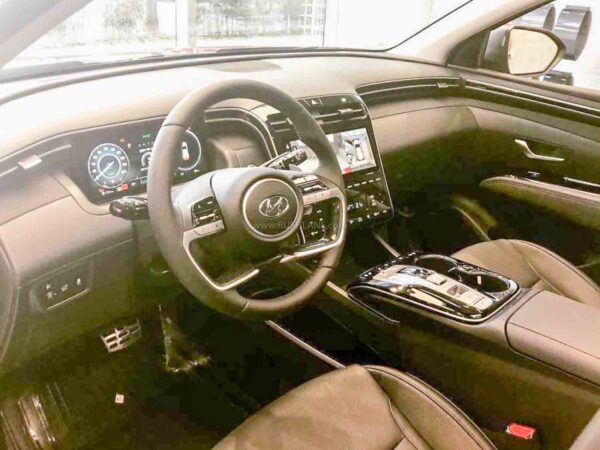 Highlight of the console is dual touchscreen infotainment system with a 10.25 inch and an 8.0-inch screen. The infotainment system is compatible with Android Auto and Apple CarPlay and two-device Bluetooth connectivity. It is also equipped with air quality control which purifies air inside the cabin. Physical buttons have been replaced by touch-sensitive buttons except for the push start/stop button. 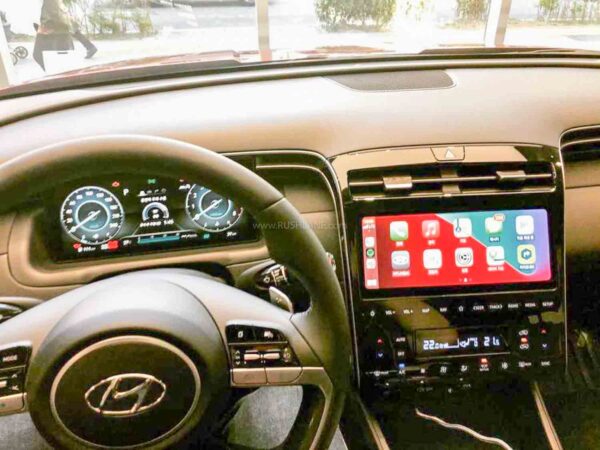 Fourth generation of Hyundai Tucson gets two engine options- a 2.5-liter inline four-cylinder and a 1.6-liter inline four-cylinder turbocharged hybrid motor. The former is good enough to produce 190 hp and 247 Nm of peak torque. While the latter when combined with an electric motor gives out a consolidated output of 230 bhp and 350 Nm of torque. Both will be linked to an 8-speed automatic transmission. 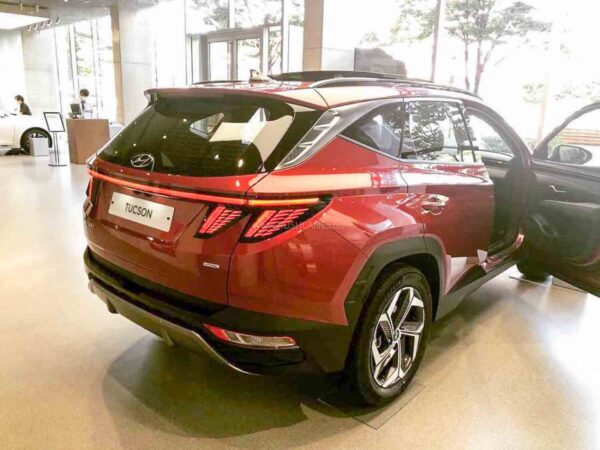