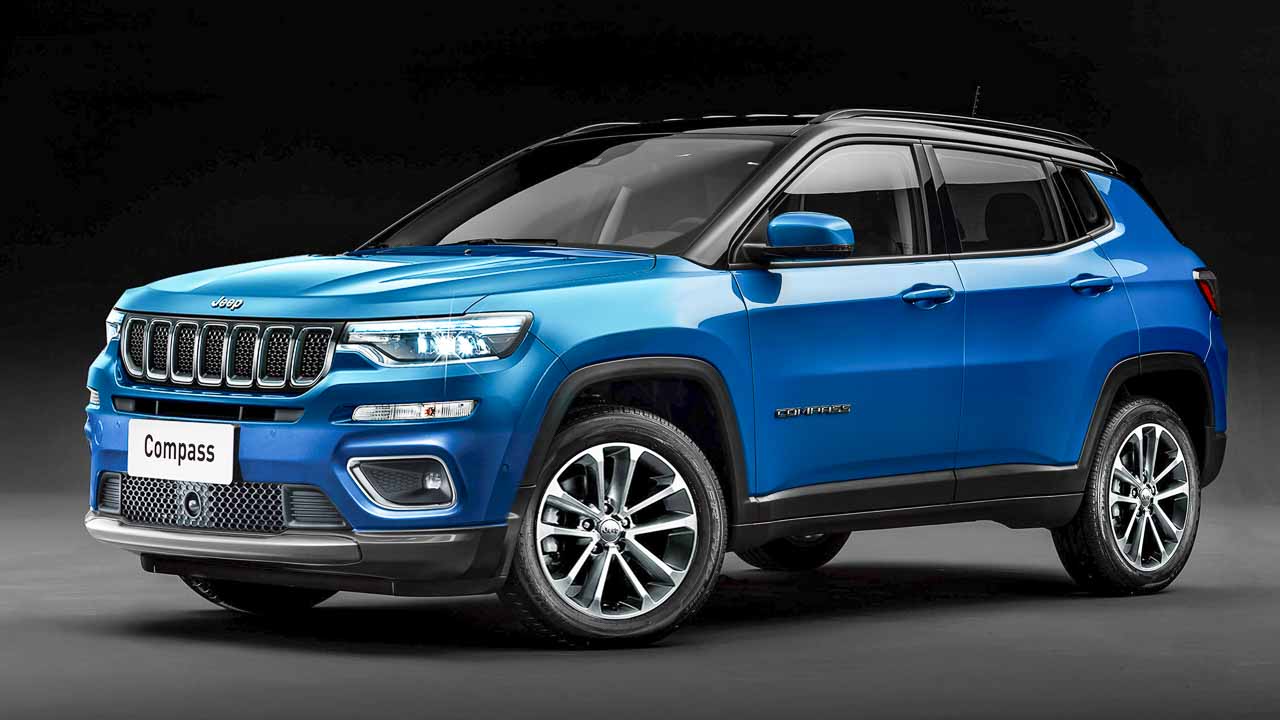 It was only recently that we shared images of a facelifted global version of the crossover. Unlike the one spotted in India, this particular test mule looked significantly different at the front and drove on a fresh set of 5-spoke alloy wheels. It would most likely debut next year for the ‘2022 model year’.

Kleber Silva, an automotive digital artist based in São Paulo, Brazil has created an interesting render of the upcoming international-spec Jeep Compass facelift. He has mixed the current Jeep Compass with elements from the bigger China-specific mid-size crossover SUV, Jeep Grand Commander. Kleber has posted several interesting renders based on existing products on his Behance profile, KDesign AG.

This will help them capture a wider market. Jeep India (under FCA Group) has been working on the facelifted 2021 version of its bestselling product, Compass compact crossover SUV for quite some time. Earlier this year, we had shared a few spy shots of the same. The test mule did not seem to carry a major visual revamp over its present BS6 predecessor.

Launched in 2017, the India-spec Jeep Compass was initially a runaway success thanks to an attractive price tag and the American automaker’s soaring brand value. However, as competition became tougher with the likes of Tata Motors’ Harrier and MG Motor India’s Hector, the Jeep Compass fell drastically on monthly sales charts. COVID-19 pandemic made this even worse but Jeep India is trying its best through an all-new online sales platform.

Prices for the BS6 Jeep Compass start at Rs 16.49 lakh ex-showroom. The regular version comes in five trims: Sport Plus, Longitude, Longitude Plus, Night Eagle and Limited Plus. On the other hand, its range-topping ‘Trailhawk’ avatar is sold as a different model at a starting price of Rs 26.80 lakh ex-showroom.

On our market, the Jeep Compass is offered in two four-cylinder engine formats: 161bhp/250Nm 1.4-litre Multiair turbo petrol and 170bhp/350Nm 2.0-litre Multijet diesel. The FWD petrol variant gets only a 7-speed DCT while the FWD/AWD diesel model comes in 6-speed manual or 9-speed AT format.