2021 Jeep Compass Facelift Spied Testing On The Ghats Near Pune

Fiat Chrysler Automobiles (FCA) unveiled its much awaited 2021 Jeep Compass facelift a week ago at Guangzhou International Automobile Exhibition in China. Apparently, the updated mid-size SUV will be launched in the Chinese market in a few days’ time. This will be followed by launches in international markets of Europe.

On the other hand, FCA is expected to launch the facelifted Compass sometime next year. The SUV has been spotted testing extensively over the last few months suggesting its imminent launch might be soon. Another set of images of the facelifted SUV have surfaced online.

The latest set of images have been shared by automotive enthusiast Rohan Patil, just outside Pune. The SUV was testing up and down the ghat section, just outside Pune city. Also, from the images, it is clear that there was more than one unit of Compass’s test mule.

Ghat testing is a very crucial testing phase since it helps manufacturers understand a car’s riding dynamics and get its suspension tuned accordingly. It also gives the maker’s idea of the steering setup and its feedback. 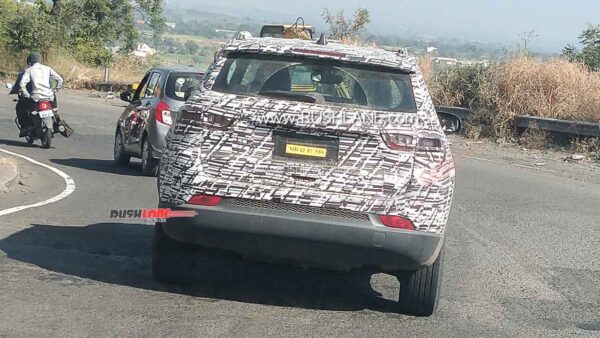 Another critical element is the tyre profile and cross-section which is essential for the car’s grip on tarmac. Also, some of the electronics such as hill-start assist and hill-descent control might be checked for their efficacy.

We have already previously discussed the updates on the 2021 Compass. The new Compass comes with a handful of cosmetic updates and a revised interior. While the overall silhouette of the current model is retained it gets a newly designed seven-slat grille with chrome inserts and silver accents on the honeycomb mesh inside. It gets a slightly reworked headlight cluster with its lower edge now having a flatter contour than the previous model. 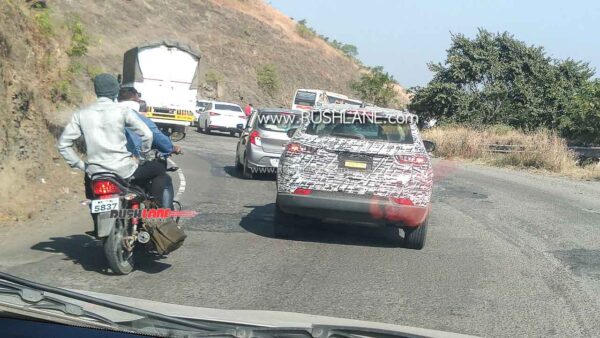 Another significant revision is the front bumper which looks more muscular. The new bumper doesn’t feature a separate housing for LED DRLs now which means they will be integrated into the headlight clusters. Changes along the side profile are limited to a refreshed alloy wheel design while the rear is almost identical to its predecessor.

Coming to its interior, the reconfigured dashboard benefits from the leather trim with double stitching which accentuates its premium appeal. The major update, however, is the larger 10.1-inch floating touchscreen infotainment system which is compatible with wireless Android Auto and Apple CarPlay and also houses the latest version of FCA’s UConnect 5 technology. AC vents have tweaked as well. 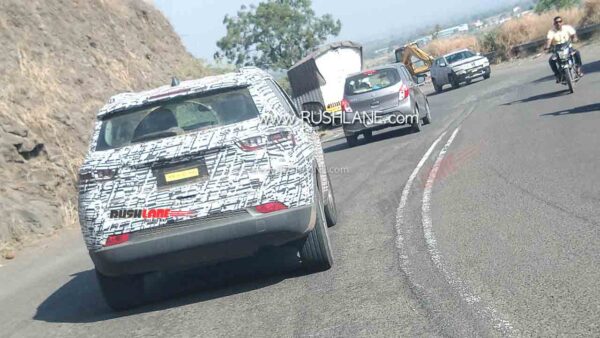 Speaking of its powertrain, Jeep is likely to retain its powertrains for the India-spec model. This includes a 1.4-litre turbo petrol unit and a 2.0-litre turbo diesel mill. The former cranks out 163 bhp and 250 Nm of peak torque while the latter pushes out 170 bhp and 350 Nm of torque. A six-speed manual is offered as standard on both units with the option of a seven-speed DCT on petrol and a nine-speed torque converter on diesel units. One can expect the facelifted Jeep Compass to hit the Indian market by mid-2021. It will rival the likes of Skoda Karoq and Hyundai Tucson.