An updated version of Jeep Compass with subtle visual tweaks and a new engine made its debut in Europe earlier this year but a more comprehensive facelift is all set to debut at the 2020 Guangzhou Motor Show. Ahead of that, here are the first leaked photos of the 2021 Jeep Compass SUV.

Based on previous spyshots and the leaked photos, we can say with certainty that the visual changes to the 2021 Jeep Compass facelift are marginal yet noticeable. The most significant change comes in the form of a new bumper with larger and wider secondary air dam. 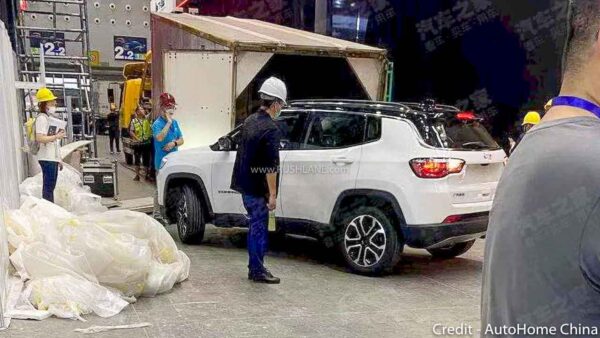 The SUV also receives tweaked headlight shape, and we expect most variants to be equipped with LED illumination. The trademark seven-slat grille now features revised meshing. Changes to the profile and rear fascia are expected to be minimal. We can expect the updated Compass to employ new alloy wheel designs.

As far as interior is concerned, the teaser sketch points towards a comprehensive overhaul. The dashboard benefits from leather trim with double stitching to enhance the premium appeal. The major change, however, is the new 10.1-inch standalone touchscreen infotainment display which will support FCA’s UConnect 5 system.

The AC vents appear to have been tweaked too. Overall, the Jeep Compass facelift’s interior is expected to offer improvement in perceived quality in addition to bringing in additional equipment.

While the international versions are set to receive a new downsized 1.3-liter turbocharged petrol engine which is claimed to be significantly more efficient, the Indian model is most likely soldier on with its 163 hp 1.4-liter turbo petrol motor which was updated to BS6 emission standards earlier this year. The new 1.3-liter unit will also be available with a hybrid system. 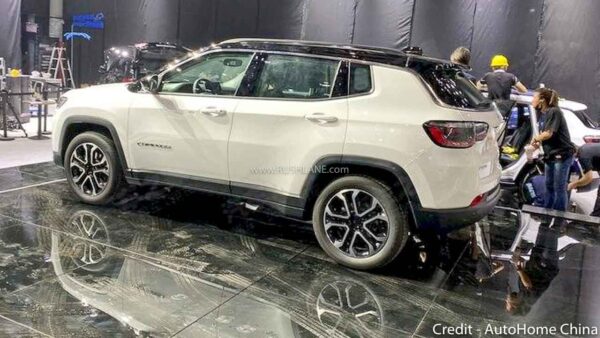 The India-spec Compass facelift will also continue to offer the 2.0-liter turbocharged diesel engine which pumps out 173 hp. This motor also serves the Tata Harrier and will power the upcoming Gravitas.

The 2021 Jeep Compass facelift is expected to enter production towards the end of this year with the Indian launch expected sometime in H1 next year. FCA’s Ranjangaon manufacturing facility near Pune will continue to be the sole production base for the RHD version of the popular American crossover. 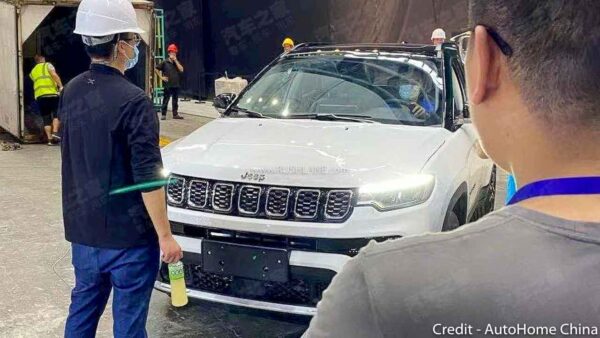 In India, the Jeep Compass rivals the likes of Tata Harrier and Hyundai Tuscon. It will also lock horns with the upcoming next generation Mahindra XUV500 which will move up the market compared to its predecessor. Update – 2021 Jeep Compass facelift has now been officially revealed. below are the first photos.