Needless to say but Kawasaki Ninja ZX10R is one of the most popular litre-class sports bikes around the world. Now, the Japanese superbike manufacturer has launched the latest iteration of ZX10R and its race-focussed sibling ZX10RR globally. The faired motorcycle was spotted testing on a couple of occasions prior to this.

The new ZX10R gets a fair share of updates both in terms of mechanical and electronics as well as aesthetics. Images of the updated ZX10R were revealed at the WorldSBK Winter Test in Jerez last week. The latest avatar of the faired sports bike from Team Green also complies with the stringent Euro-5 emission norms.

Getting started with the most crucial aspect- its performance, it still draws its power from a 998cc liquid-cooled in-line four-cylinder DOHC motor and is mated to a six-speed gearbox. Output figures haven’t been officially revealed but are expected to remain around the same mark like its predecessor.

For reference, the outgoing received output of 203 PS of power and 115 Nm of peak torque. Other than the upgraded emission standards the engine gets a plethora of alterations such as redesigned intake ports and valve train, titanium intake and exhaust valves, Diamond-Like Carbon (DLC) coating on finger-followers and much more.

Coming to its design, Kawasaki says that the new ZX10R features a more aerodynamic design which reduces drag resistance and increases downforce. This is thanks to the revised bodywork and taller windscreen. It features a new set of LED dual headlights and taillight units which are sleeker.

It also flaunts a new pair of Cowling-mounted mirrors with integrated LED turn signals. The aerodynamic design is further strengthened by slots in the new tail cowl design. 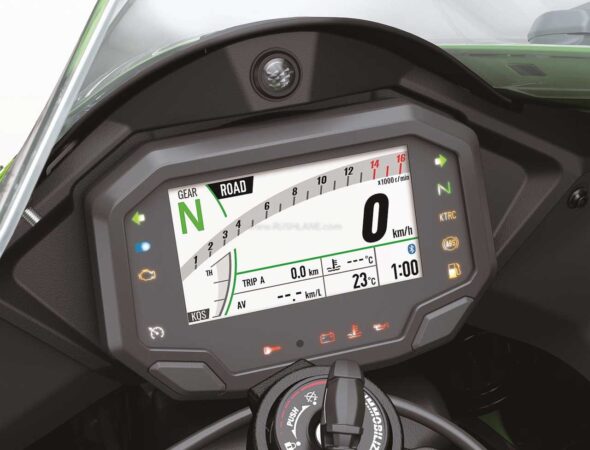 The chassis of the new ZX10R receives some crucial updates to its geometry by shifting its balance forward. This has led to improved cornering performance and lighter handling. The swingarm pivot has been lowered by 1mm and the swingarm has been made 8mm longer. Suspension duties are handled by Showa Balance Free Fork at front and a gas-charged shock absorber at rear which are also slightly altered for a spirited ride.

The electronics package on the new ZX10R is an exhaustive list some of which include rider aid suite managed by a Bosch six-axis IMU, Kawasaki Cornering Management Function (KCMF), Kawasaki Intelligent anti-lock Brake System (KIBS), and much more. It gets a new multifunctional 4.3-inch TFT display with smartphone connectivity via Bluetooth and Rideology App. 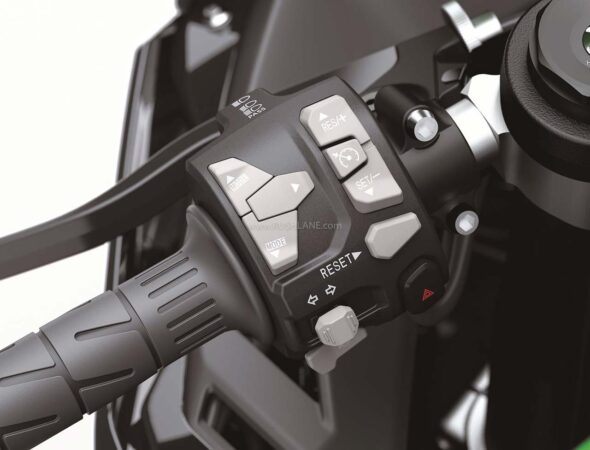 The 2021 Kawasaki ZX10R will be offered in two variants- ABS and non-ABS. It comes in two colour options- Metallic Spark Black/Metallic Matte Carbon Gray and the KRT Edition in Lime Green/Ebony/Pearl Blizzard White. The ZX10RR, however, is only offered in Lime Green.

In the USA, the bike will be offered at a price of USD 16,999 which translates to INR 12.17 lakh. If and when it comes to India it will be a lot higher than this. For reference, the outgoing Ninja ZX 10R is currently priced at INR 13.99 lakh (ex-showroom).