As we already know, Kawasaki is all set to launch six new models on November 23 this year and we barely can hold our calm. But before the launch event takes place, the Japanese manufacturer has officially revealed a new derivative of its premium adventure tourer.

Kawasaki has announced the launch of the Versys 1000 S a couple of weeks later its higher-spec substitute- Versys 1000 SE got launched. In terms of design the entire Versys 1000 range- standard, S and SE was given a complete overhaul in 2019 which has been more or less carried forward in the 2021 version.

The standard Versys 1000 is now replaced by the much higher-specced S trim. Although the S trim sits below the SE variant, it gains many of its premium features such as cornering auxiliary lights, heated grips, smartphone connectivity, three riding modes, cruise control, Kawasaki Traction Control and Kawasaki Quickshifter. It even gets the Japanese brand’s self-healing paint.

At the centre of all electronic aids lies an Inertial Measurement Unit (IMU). This includes the Kawasaki Cornering Management Function (KCMF) which regulates engine power and brake force to smoothen the transition from acceleration to braking thus helping the rider trace his/her arc through a corner. 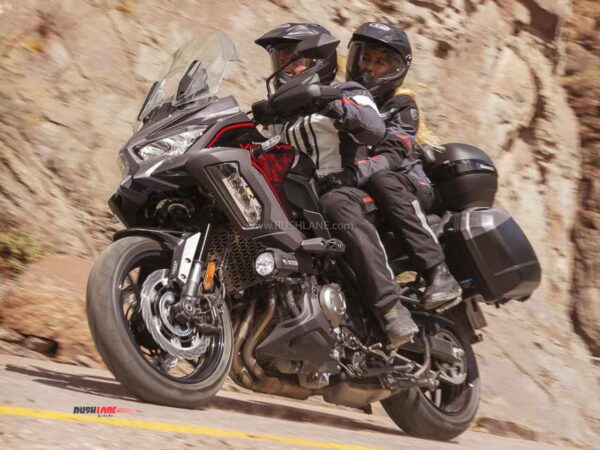 Up-front it gets a large adjustable windscreen that offers protection from gusting winds and other unwanted elements. It offers a comfortable upright seating layout for the rider and pillion alike.

Additionally, it can also be fitted with a Low Seat from the accessory kit which reduces the saddle height by 20mm and facilitates convenient access to the ground. Other notable highlights are an all-LED lighting setup, handguards, a dash-mounted 12V power source and a TFT gauge display.

The major difference between Versys 1000 S and Versys 1000 SE is the absence of the electronically controlled suspension units from Showa in the former. Instead, it gets a manual suspension adjustment system from Showa. This has been done to keep the cost in check. 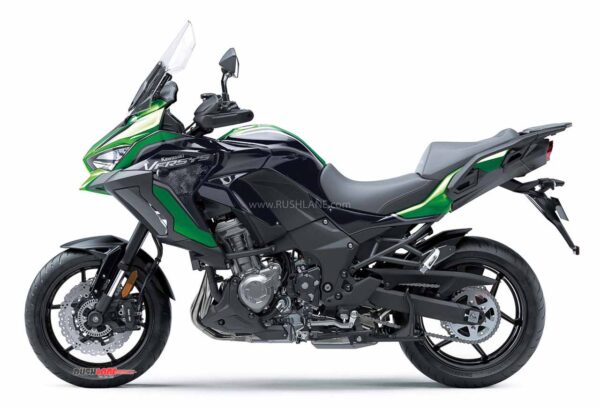 The Versys 1000 Se is further enhanced by the semi-active suspension unit from Showa- Skyhook which offers better comfort and riding dynamics. It gets 17-inch alloy wheels wrapped by 120/70 and 180/55 section of tyres at front and rear. Anchoring duties rest on dual petal discs on front and a single disc at rear of 310mm and 250 mm dia respectively.

In terms of powertrain, it is powered by the same 1,043cc inline four-cylinder liquid-cooled engine which cranks out 120 PS of power at 9000 rpm and 102 Nm of peak torque at 7500. This unit is linked to a 6-speed gearbox.

Like its higher-spec sibling, the Versys 1000 S is offered in four trim level- Standard, Tourer, Tourer Plus and Grand Tourer. In each trim, the number of pannier boxers offered goes on gradually increasing.