It is a well-known fact that KTM has been developing the next-gen RC 390 for a long time now. It was expected to make its debut sometime this year but thanks to novel coronavirus, the Austrian bikemaker had to defer the plans. The fully-faired motorcycle was recently spotted with no wraps around, revealing several key details.

Now we might have reason to believe that KTM might also be developing a younger sibling to RC 390- the RC 200 and RC 125. A string of new spy shots has surfaced online which supports our claim. Given that the images show a full-faired bike, it is given that it will belong to the RC range.

How is different from the recently spotted RC 390?

The question arises though how is it the RC 200 or RC 125, and not the keenly anticipated RC 390? The overall silhouette of the bike seen is similar to RC 390. The dressing, the extended rear horizontal fender, headlight and taillight design, all seem identical to the ones present on the faired monster from the Austrians. The bike in pictures was given an all-black colour scheme which makes it difficult to spot the intricate details while racing along. 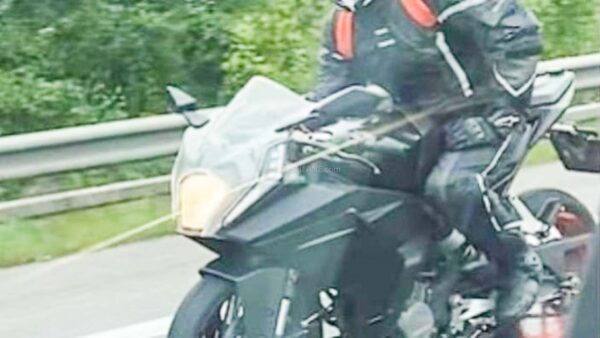 However, there are certain differences to this bike that support our claim. Firstly, the headlamp is a halogen one, not an LED setup, as seen on the RC 390. Also, the side-mounted single exhaust has been replaced by an underbelly unit. These are clear signs of a little cost-cutting done which is usually done for lower specced models to keep the price in check.

Like its predecessor, the new-gen RC 125 and 200 is likely to share most of its components with its elder sibling. This includes larger front disc brakes, LED turn indicators and an updated fairing that houses a reconfigured headlamp with integrated LED DRLs to name a few.

It is expected to utilise a new rear subframe. Just like the RC 390, the discs are attached to the wheel-spokes instead of the hub. What we can gather form these images is that the updated ergonomics is likely to suit taller riders. 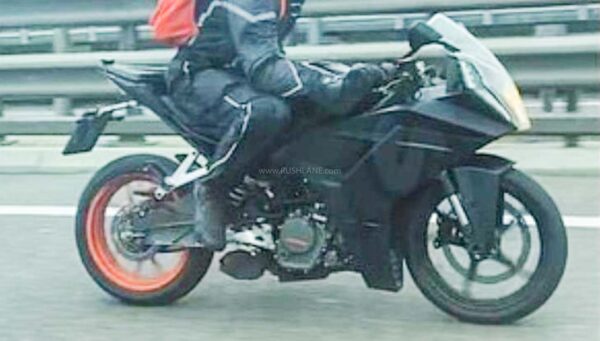 In terms of powertrain, the new RC 200 and 125 are likely to employ the current BS6 compliant single cylinder motors, but with likely improvements in power and torque figures. The six-speed gearbox is also likely to be retained. Other mechanical specifications are also likely to be carried forward, with improvements. Since it will be manufactured by Bajaj Auto in India for the world, it is expected to hit local showrooms in India first.