The KTM RC 390 received several new features in 2017 including slipper clutch but unlike its street fighter sibling, it missed out on significant visual updates. Now that the Austrian two wheeler brand has introduced the long overdue 390 Adventure, it has turned its attention towards redesigning the super sports variant of the highly successful family.

The 2021 KTM RC 390 with drastic technical as well as cosmetic changes has been spotted testing in Europe ahead of its world premiere which is reported to take place towards the end of this year. A quick first glance is enough to note that the new motorcycle features a completely redesigned fairing and a rear sub-frame.

The 2021 KTM RC 390 adopt the Duke’s vertically bifurcated full LED headlamp which is turning out to be the brand’s new design identity. The fairing is designed around the LED unit and features a tall windscreen and aerodynamic two-layered side panels. The LED turn indicators are integrated above the headlamp. Overall, the new RC 390 looks sleeker than its already sleek predecessor. The motorcycle also receives new five-spoke alloy wheels. 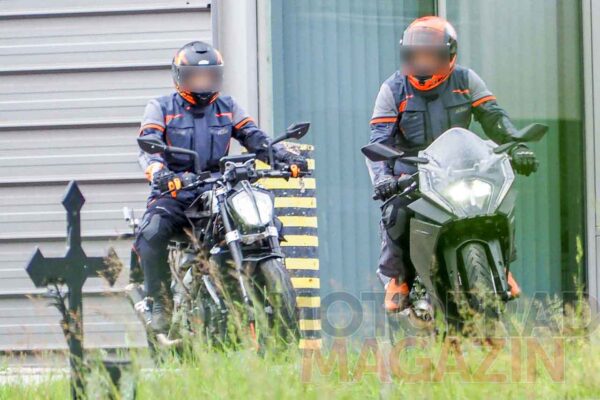 With increased popularity of KTM’s A2 license-spec motorcycles in Europe, the company has felt the need to make the RC 390 (which was primarily designed to target Asian riders) better accommodate taller riders. This seems to be the reason for an all-new rear sub-frame and some ergonomic tweaks.

The 2021 KTM RC 390 is expected to retain the widely acclaimed 373 cc single-cylinder liquid-cooled motor but international media reports suggest that it will benefit from new cylinder head and revised exhaust system to comply with Euro5 emission norms. The current version’s power figure of 44 hp is not expected to change much. 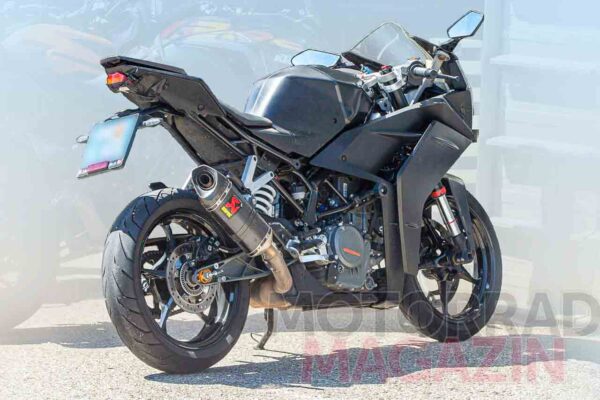 The sturdy WP inverted telescopic front forks and rear monoshock configuration will also be retained as evident from the spyshots. The 2021 KTM RC 390 prototype features a new disc brake at the front. Interestingly, the disc is mounted on the spokes rather than being fastened to the hub. This way, the rotor is made only of the part that comes in contact with the brake pads, thus leading to reduced unsprung mass. The caliper as well as ABS encoder disc are mounted on the hub as usual.

The 2021 KTM RC 390 is expected to be ready towards the end of 2020. India being the sole production location, we are likely to receive the updated model first. Similar design updates can be seen on other variants of the RC family as well.