We have come across numerous spy shots of the upcoming second generation Mahindra XUV500 that it’s hard to keep count anymore. The SUV was initially supposed to be launched later this year but got pushed to next year primarily due to the outbreak of the novel coronavirus.

2021 Mahindra XUV500 has been in development for the past two years now and for a long time now it has been one of the most talked-about cars in the Indian market. Another set of spied images of the new XUV500 has come up on the internet. The latest set of images have been shared by automotive enthusiast Roshan, and member of Rushlane Spylane Facebook Group.

The test mule seen here is under heavy camouflage as usual and has been reportedly spotted at Avinashi-Coimbatore National Highway. The exterior design and overall silhouette remain identical to the spy shots revealed earlier.

Nothing new can be pointed out except the new all-black alloy wheels which seem a different design than the earlier test mules. It will be interesting to see if this set of alloys make it to the final product or not. 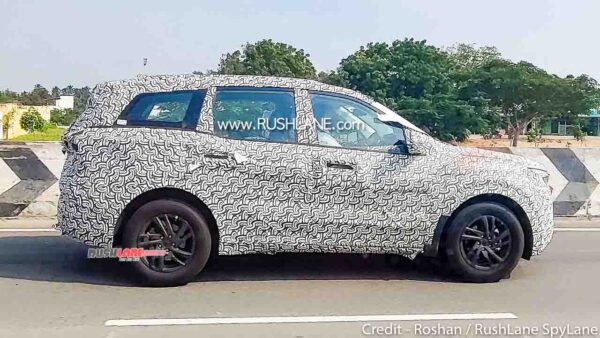 By the looks of it, the test mule seems to sport production-ready body panels. In the last few sets of spy pics, the interiors of the upcoming SUV had been revealed.

For the first time, we get to see a dual-tone treatment given to the interior of the cabin which gives a nice contrasting look. The central console and the dashboard have been completely reconfigured. It will be interesting to see what material Mahindra chooses for the interiors of the cabin. 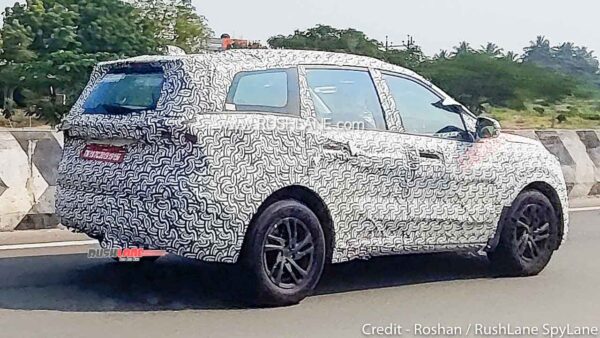 From the earlier set of spy images, it was indicated that the upcoming new-gen XUV500 might be equipped with level 1 autonomous technology which in simpler terms means Advanced Driver Assistance System (ADAS). If this happens it will be the most affordable vehicle to be equipped with ADAS overtaking the recently launched MG Gloster. It also gets a new infotainment system and is expected to get a better connectivity feature.

At the heart, it is set to continue with the updated 2.2-litre mHawk diesel unit which also powers the current XUV500. Although, output figures are expected to be slightly higher than the current-gen model. There are also rumours of Mahindra adding the 2.0-litre mStallion turbo petrol unit to the options. 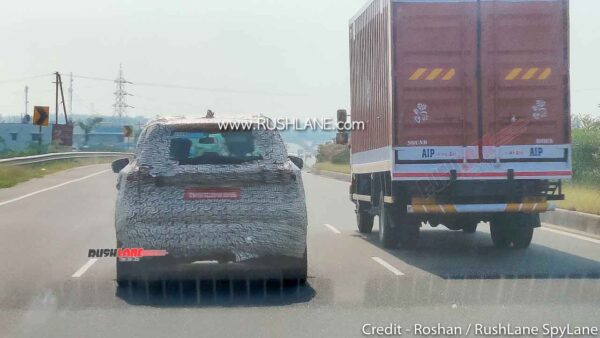 The same unit also powers the recently launched new-gen Mahindra Thar. Transmission duties are set to be carried out either by a six-speed manual or a six-speed automatic gearbox.

The new Mahindra XUV500 is expected to hit showrooms in the first half of next year. It is expected to be pegged at a price between Rs 13 – 20 lakh (ex-showroom). Upon its launch, it will rival the likes of MG Hector Plus, Jeep Compass and the upcoming Tata Gravitas. 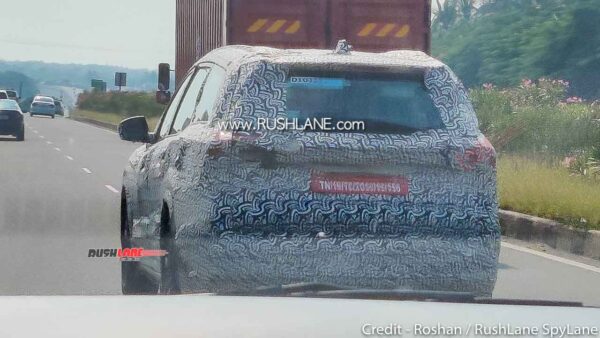 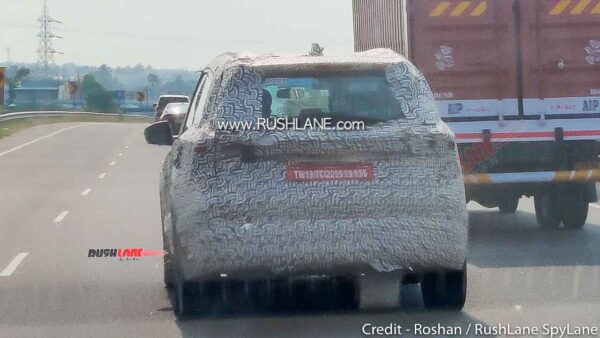