The next generation Mahindra XUV500 prototypes have been caught on camera on numerous occasions but the make-shift body panels kept the finer details of the new design from prying eyes. However, as launch timeline inches closer, the prototypes have also gotten closer to the final production version. Latest spy shots are credit to automotive enthusiasts Pravesh and Myron.

Latest set of spyshots show a test mule which appears to be wearing production-ready front fascia panels, giving us a clear idea on the shapes and sizes of headlamps, DRLs, grille and bumper. The camouflaged prototype continues to employ make-shift lamps but the headlamp cavities conform to Mahindra’s new family identity.

The angular headlamp clusters will also incorporate boomerang shaped LED DRLs. The seven-slat grille has gotten larger and bolder than before while the bumper design is rather understated. Mahindra is likely to use chrome and silver appliques to spice up the front end design. 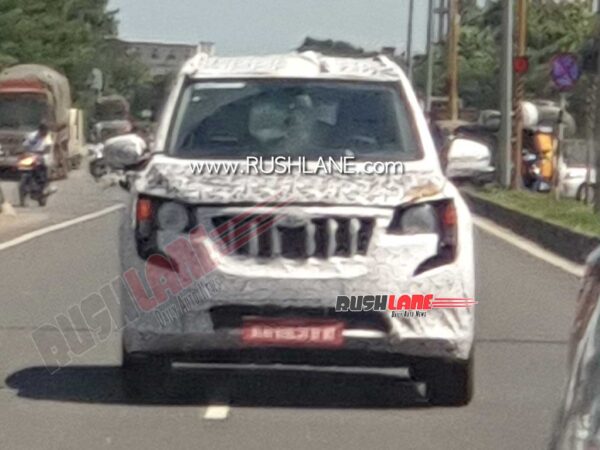 From the previous spyshots, we know that the profile features new sheetmetal surfaces. The 2021 Mahindra XUV500 appears to be noticeably longer than its predecessor with longer wheelbase. This should make the crossover significantly more spacious than before, especially for the third-row occupants. The rear will feature fresh design which will have very little in common with the existing model. 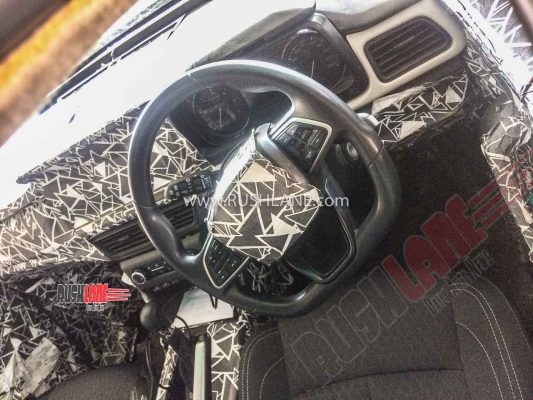 The interior too gets a completely new design with a neat dashboard, wide touchscreen, flat-bottomed steering wheel and nicely contoured front seats. 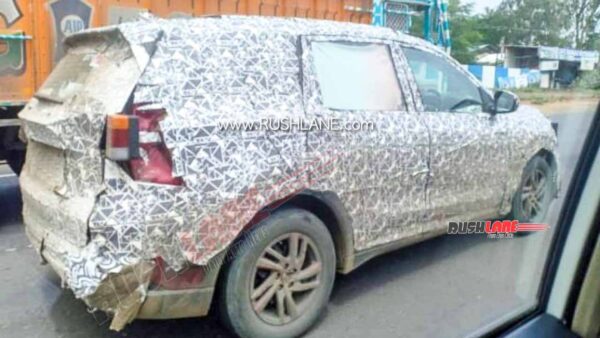 The 2021 Mahindra XUV500 will be underpinned by a new modular platform which will also cater to a Ford C-SUV for India. The Ford version is expected to be ready a year after the XUV500 and is reported to adopt an entirely different top-hat and interior.

The next gen mid-premium crossover is reported to receive a new 2.0-liter turbocharged diesel engine with an estimated power output of around 180 hp. Fate of the current model’s BS6-compliant diesel engine remains to be seen. 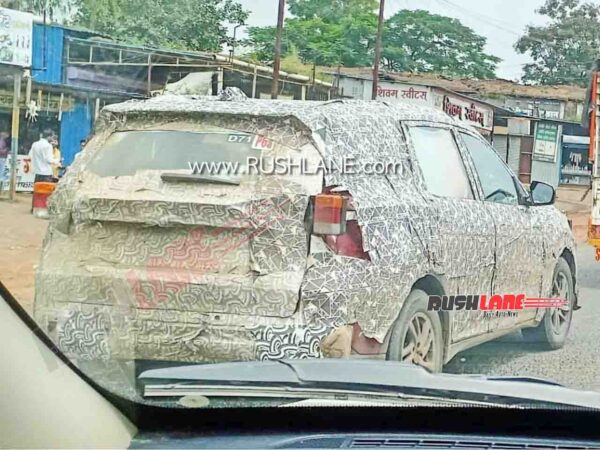 The 2021 XUV500 will also be offered with the 2.0-liter turbocharged petrol motor with debuted in the new Thar but expect more power. Both manual and automatic transmissions will be on offer. Higher variants will be equipped with AWD system. 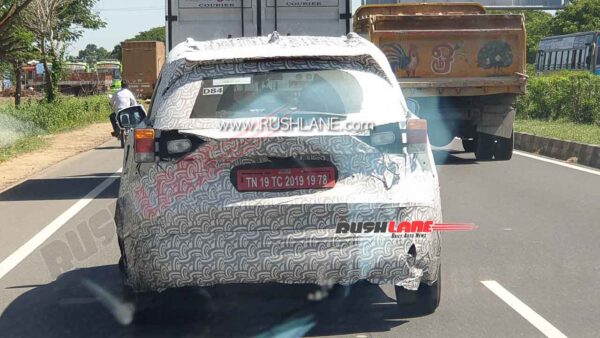 The first generation Mahindra XUV500 spent a good part of its initial life unchallenged, raking up impressive sales volume. However, its successor will be facing stiff competition right from day one. Rivals include MG Hector Plus, Tata Gravitas. A 7-seat Hyundai Creta is expected to join the fray at a later stage.