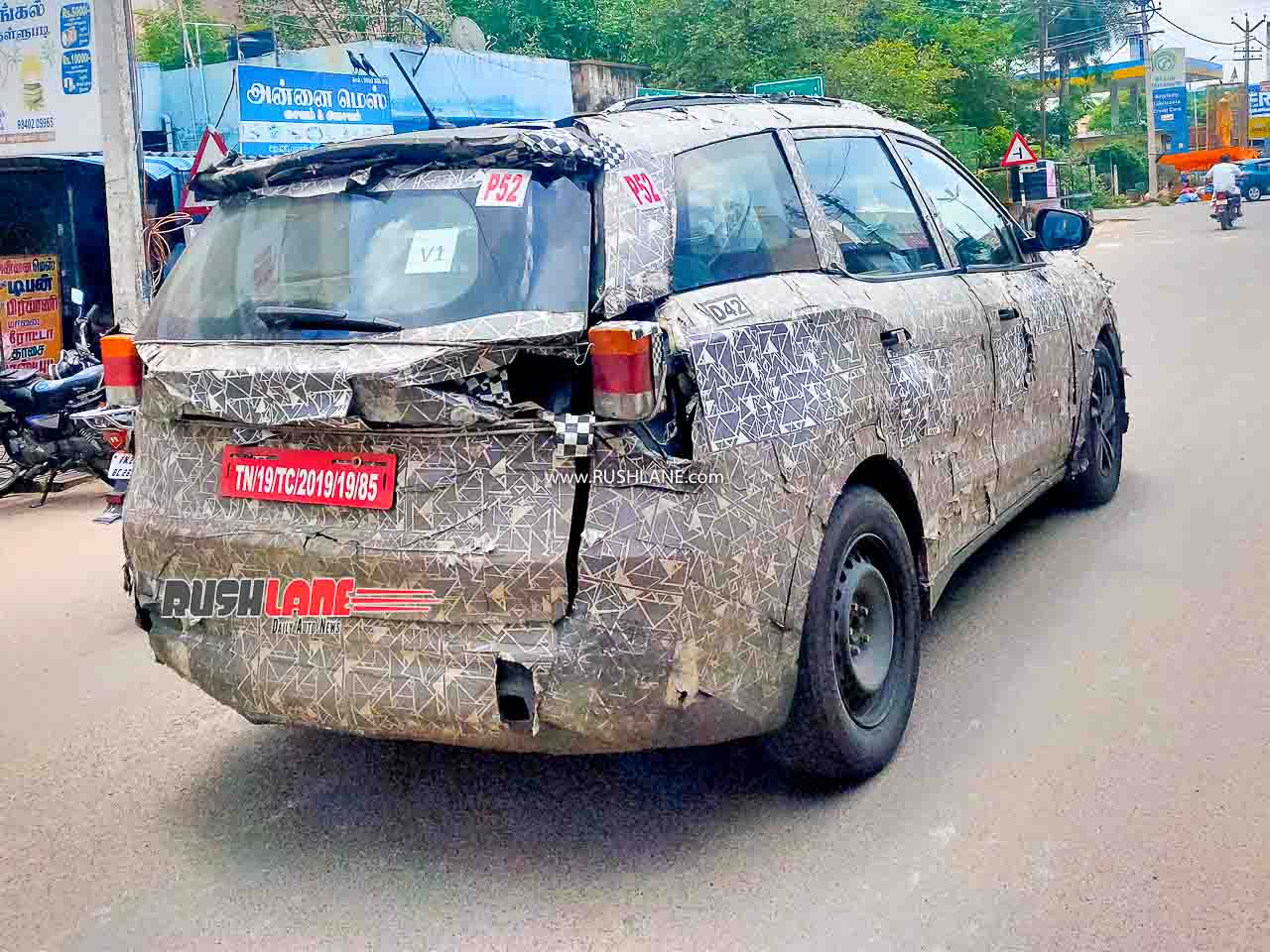 A camouflaged prototype of the new generation Mahindra XUV500 has been spotted testing in Chennai. The eagerly anticipated crossover was supposed to make its debut sometime later this year but thanks to the current extraordinary circumstances, there would be a delay of about three months. The automaker has hinted that the new XUV500 will be launched sometime in early 2021.

The prototype continues to test with decoy headlamps and taillights but the sheet metal part of the 2021 Mahindra XUV500’s design seems to have been finalized. The taillight cavities suggest that we can expect prominent triangular-ish elements that extend well into the tailgate.

The profile is an evolution of the current version with quintessential features like muscular rear haunches and large daylight opening. The prototype features conventional pull-type door handles instead of the current car’s cheetah-claw-inspired units. From the previous spyshots, we learnt that the front end design has been overhauled with new headlamps (possibly LEDs), grille, bumper and foglight enclosures.

The interior, also spied previously, has absolutely nothing in common with the current car which is not a bad thing. The new design settles for a simple clutter free and upright surfaces as compared to the existing car’s busy layout. The loud instrument console design has also been replaced by simple dials split by a generously proportioned MID. And the new multi-functioned steering is flat-bottomed.

Needless to say, the 2021 Mahindra XUV500 will be equipped with more features than before. One can expect improved space for the third row passengers as well. Underpinned by a new architecture which will also spawn a Ford crossover, the new XUV500 is expected to have better safety credentials. After all, it’s sibling, the XUV300, is the safest India car.

Mahindra is reported to bestow its latest crossover with a brand new 2.0-liter diesel engine. The motor is estimated to dish out somewhere in the ballpark of 180 hp, making it one of the most powerful vehicles it its segment. We also expect a turbocharged petrol unit down the line if not from day one.

When the first generation Mahindra XUV500 hit the market, it pretty much ran unchallenged for quite some time, amassing huge sales volume in the process. However, the Indian mid-premium crossover landscape has changed now. The 2021 Mahindra XUV500 will face some stiff competition from the likes of Tata Harrier, MG Hector, Jeep Compass and higher variants of Kia Seltos and Hyundai Creta.