One of the most highly anticipated cars next year in India is undoubtedly the new generation Mahindra XUV500. The SUV has been in development for almost two years now and has been spied testing on roads on a countless number of occasions. Many rendered designs have also come out which show what the new SUV could look like.

However, we have come up with a set of new design renders which is expected to be very close to the final production-spec model. Rendered by designer Pratyush Rout, these images are based on the elements spotted on the multiple test mules over the period of time. 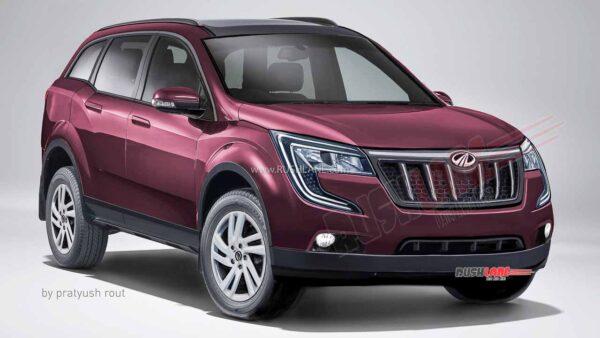 In the given images, the new-gen XUV500 is carrying over the same crossover-ish silhouette of the current model. The immediate change noticed is the new set of LED headlights which is one of its kind. The rectangular LED headlamp cluster extends downwards to form new boomerang-shaped LED DRLs. The full LED cluster accentuates the premium crossover’s road presence.

The rendered images show a front grill with six-slats but within it lies a honeycomb mesh grille which is a new one. From the renders shown, the front end of the car has taut surfaces and a sleeker appearance than the bulbous front fascia with rounded edges. Front bumper is simply crafted with housing for fog lamps and air intake vents beneath. 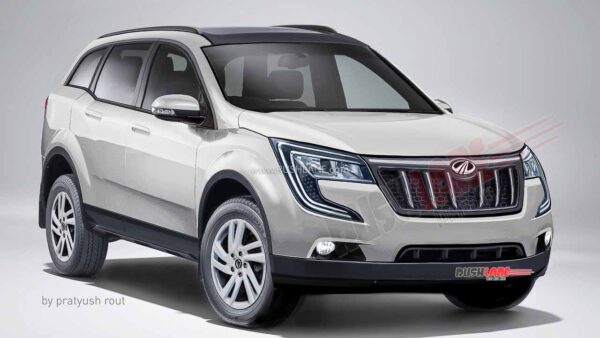 On the sides, it gets familiar lines to its predecessor. As seen in the test mules, it gets conventional pull door handles instead of claw-type handles in the current model. The windshield appears to be wider than the present model and the overall exterior gets a dual-tone treatment with a dark coloured roof. The designer has added six colour options to the SUV which are Crimson Red, Grey, Moondust Silver, Opulent Purple, Mystic Copper and Pearl White.

The rear of the SUV is not visible in these rendered images, however, previous spy shots reveal that it will get reconfigured combination LED taillamps and a tailgate with a neat surface. Alloy wheel design remains identical to the ones spotted in the recent test mules although those were blacked-out. It is also expected to be slightly longer than its predecessor. 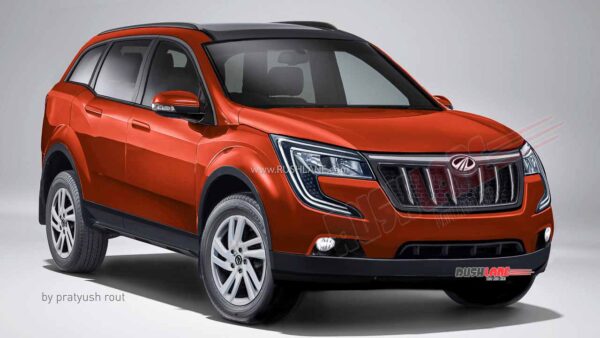 Speaking of its powertrain, the new XUV500 is expected to be powered by the same 2.2-litre mHawk diesel unit which also powers the current model although output figures are expected to be slightly different. It is also expected to gain a new 2.0-litre mStallion petrol engine as an option. Transmission duties will be carried out either by a 6-speed manual or a 6-speed automatic gearbox.

Upon its launch, it will rival the likes of Tata Gravitas, MG Hector Plus and the upcoming 7-seater Hyundai Creta. It is expected to be offered at a price bracket of Rs 13-20 lakh (ex-showroom).