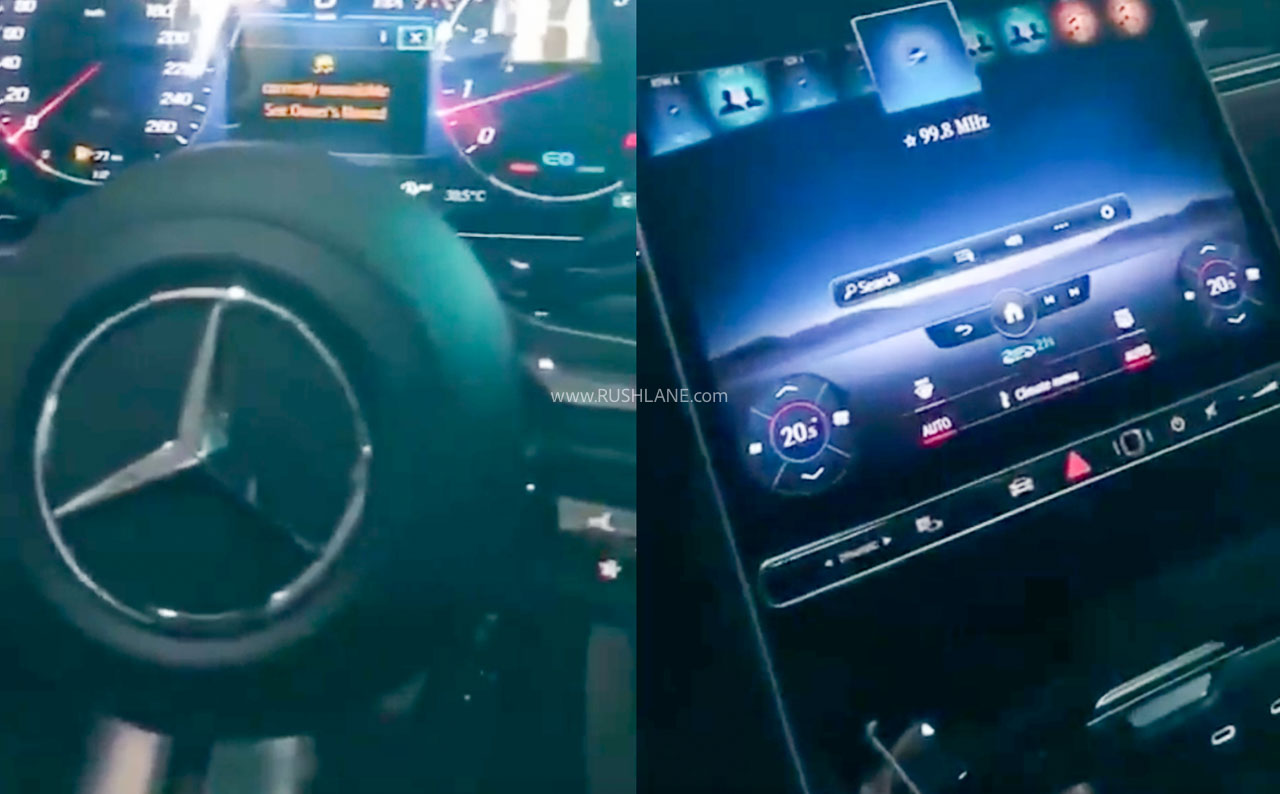 Earlier this week, online automotive communities had heated discussions on two topics relating to the coming year: Sebastian Vettel leaving Scuderia Ferrari and W223 S-Class. The 2021MY Mercedes-Benz S-Class (identified as the W223 pre-facelift generation) has been in the works for quite some time.

Over the months, it was spotted in heavily disguised prototype avatars on multiple occasions across different parts of the world. However, it was only a few days back that a clear set of production-ready W223 S-Class images hit the internet.

Originating from some sketchy location in China, the images gave a good idea of the benchmark saloon’s exteriors and interiors. Gordon Wagener’s lines seem to have taken a shift from the ‘S’ we know and love but it is still an elegant-looking product albeit not in traditional Merc standards. The interiors follow a completely different approach even though there is no shortage of technology or opulence. Yet, many argue that the popular Germans (Audi, BMW and Mercedes) have had a Korean influence in their latest designs.

Though the initial batch of interior images was clear enough for a spy shot, a new video has emerged on Instagram showing a glimpse of the dashboard with the car turned ON. Being in the dark, all the buttons (mostly soft-touch with haptic feedback) are lit up alongside the digital instrument cluster and large portrait touchscreen. This could be the very same car previously spied in full.

With each sweep of the near 10-second video, one can take note of almost all the features available to the driver. Notable highlights include steering-mounted cruise control and driver assist systems (on the left), ambient illumination, new MBUX interface, on-screen climate controls, vertical AC vents with touch-adjustable fan speed, etc. The instrument console is reportedly a retractable unit like in the McLaren 720S.

However, the most important catch in the video is the ‘EQ’ logo inside the tachometer dial. In other words, the W223 S-Class variant you see here is a plug-in hybrid (most likely based on a 3.0-litre straight-six). Look closer and you would also find a check-engine light — ignorable since this is an early-production model and after all a German car.

Thanks to appreciable sales figures, Mercedes-Benz India would most likely launch the flagship saloon within a short span from its global debut. In the Indian market, the current W222 facelift S-Class is available in three formats: S 350d diesel, S 450 petrol and AMG S 63 coupe. The S 350 d was the first car in India to meet BS6 emission norms.