It is not news that Mercedes-Benz is working on the next-generation W223 S-Class range. In the world of luxury cars, the Mercedes-Benz S-Class has always been at the forefront; be it in regular petrol/diesel, AMG or Maybach avatar. The current W222 facelift (sixth generation) went on sale in India back in February 2018 — an important launch since it was the first BS6-compliant car (S 350 D diesel variant) to hit the Indian market.

Global automotive markets are eagerly waiting to get their hands on the W223. Considering the German marque’s long-running success in India, one can expect it on our roads within a short span from its international debut. Over the months, the full-size luxury saloon was spotted on multiple occasions in heavily disguised test mule avatars alongside speculative renders.

Now, the internet has got hold of the very first set of clear images (in spy shot standards) showing both exteriors and interiors of the 2021MY Mercedes-Benz S-Class, in its final production format. Needless to say, the sedan looks completely different from its current version. Being early spy shots, we can only comment on its aesthetics and evident equipment while powertrain and specifications remain unknown. 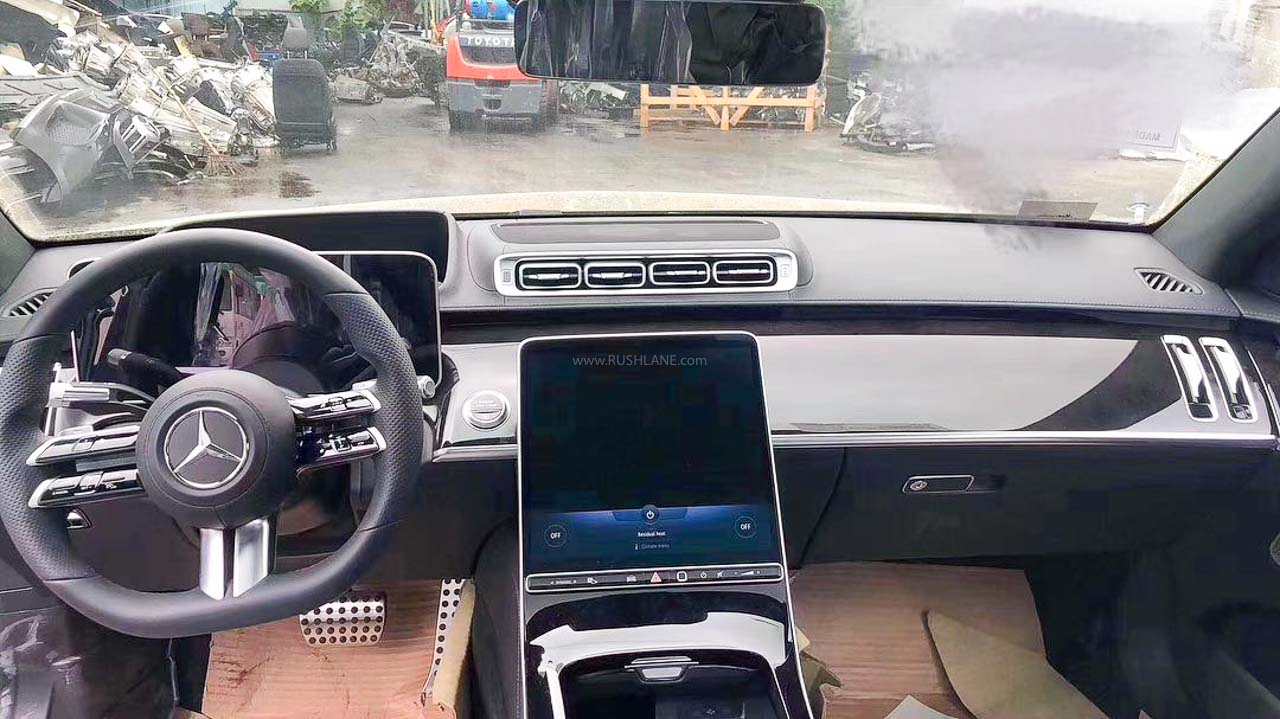 Starting from the front profile, the grille continues to be the most prominent styling element. The headlamps (which most likely pack some class-leading lighting technology) are mildly sharper. Bumper air dams, held together by a thin strip of chrome, appear functional. The setup could have active flaps in higher S-Class variants.

At the rear, there is a strong CLS-coupe influence around the tail lamps. Similar to the outgoing model, there is a chrome treatment around the exhaust pipes. Being an S-Class, they would be real unlike the rising mockery of fake exhausts (or garnishes which tell a similar story).

Inside, most of the attention goes to the large portrait touchscreen that emerges from the centre console. Mercedes-Benz’s MBUX infotainment system is arguably the best in the business and it seems it has taken a major leap of progress in the W223. Look closely and you will see a deep compartment behind the instrument console. Is it there to house the entire console if it is a retractable unit (as in the McLaren 720S)?

The horizontal AC vents at the middle look refreshing while the vertical vents look like the most beautiful arcade game coin slots the world has ever seen. In traditional limo fashion, the rear compartment is well equipped and this particular example might have ticked the entertainment package.

Gordon Wagener has definitely set a new design direction at Mercedes-Benz. The S-Class has always been a symbol of presence and opulence but the latest model seems to showcase less of that. On the bright side, the BMW 7 Series and Audi A8 are not in their best attire either.