Among a host of other new features, the new S-Class also gets rear-axle steering which is a very useful feature to have

Ever since the new 2021 S-Class has been officially revealed by Mercedes Benz, auto enthusiasts, especially luxury car lovers, have not been able to stop talking about it. It has so much to offer that everything cannot be covered in one regular article.

The Mercedes Benz S-Class has always been a benchmark of the highest standards for all luxury sedans out there. It has been the leader of technologies in the automotive industry for decades and the new model wishes to achieve nothing short of it with plenty of upgrades to back its case. As usual, the new model too has opulence written all over it, be its simple yet majestic design, its spacious and more than luxurious cabin and tons of features which will surely take some time to get used to.

One of the most unique and useful additions to the equipment list is four-wheel steering. We are already well-versed with four-wheel drivetrain but have limited ideas about four-wheel steering. So what is this tech and what’s the big fuss about it? This piece of technology dates back to the mid and late 1980s and was pioneered by Japanese carmakers like Honda and Mazda. 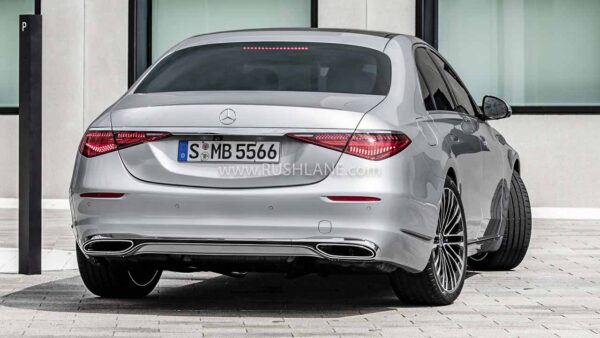 How Is It Useful?

The four-wheel steering or technically known as rear-axle steering also manoeuvres the rear wheels using the steering. This system lets the steering turn the rear wheels up to 10 degrees in the opposite direction to the front wheels at low speeds. This feature is extremely useful for parking in tight spaces and parallel parking.

To highlight its usefulness, Porsche which has pioneered rear axle steering in its 911 range has a similar setup which lets the rear wheels turn up to 2.8 degrees in the opposite direction of the front wheels. That’s a huge difference considering the size difference between an S-Class and Porsche 911. Not only while parking, but this optional feature reduces the turning radius from 5.5m to nearly 4.5m, which means it helps you make crisper U-turns. 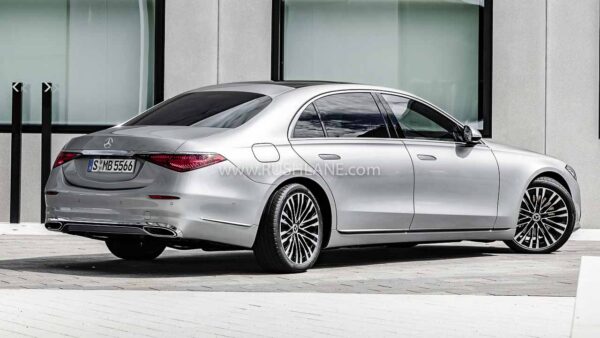 However, the question arises whether it is absolutely essential for a car that is packed with loads of advanced features such as self-assist parking and autonomous driving up to Level 3 need such a feature. Well, with the S-Class it doesn’t just satisfy everyone’s needs, it aims to provide every bit of comfort available to the people onboard.

The new generation S-Class is expected to arrive at our shores early next year with a price tag of over Rs 1 crore (ex-showroom).