2021 Mitsubishi Outlander Spied During TVC Shoot – Ahead Of Debut

Mitsubishi is currently pinning its hopes on the upcoming fourth generation Outlander which is slated to make its debut sometime next year. Now, images of the production-spec Outlander have been leaked online on social media as it was spotted at a photo shoot.

Although images are not in best quality, it is clear enough to give out some crucial details about the upcoming SUV. The images confirm the design which was revealed last year at the Geneva Motor Show in March 2019 as Mitsubishi’s Engelberg Tourer. It is clear that the new Outlander follows the design philosophy of current Mitsubishi models.

It bears a strong resemblance with the Outlander prototype spied last year. The new Outlander is surely bolder in appearance with its pointed front fascia showcasing an evolved version of the company’s Dynamic Shield face accompanied by its signature split LED headlight setup. Along the sides, we get to see a boxier profile with the crease lines of the concept being carried over to production-spec model which could be seen on door handles and lower portion of the body.

It is also speculated that the new Mitsubishi SUV will share its underpinnings with the upcoming Nissan X-Trail thanks to the grand alliance among Renault, Nissan and Mitsubishi. No wonder, the uncanny resemblance with the Nissan SUV at its partially blacked D-pillar gives it a floating roof-like appearance. Looking from rear quarter angle, we see a more dynamic roofline gently sloping towards rear matching with the reshaped rear windows. 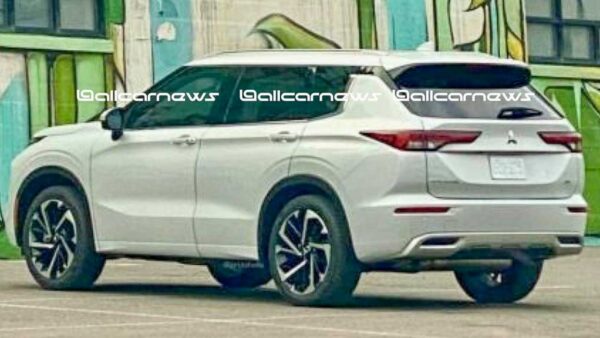 The new Outlander has noticeably smaller window sections than the outgoing model especially the ones at quarter glass and tailgate. At rear, the arrangement is fairly similar to the one the current model with taillights getting slimmer.

However, tailgate has been redesigned to ensure cohesion. Moving downwards, it now gets horizontally positioned reflectors instead of being tucked in corners. Images of the interiors haven’t been revealed yet so no details are available as of now. 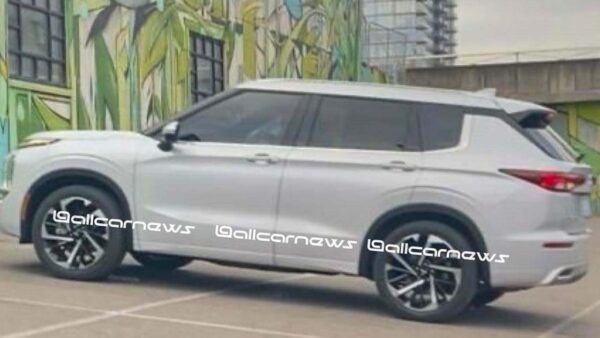 2021 Outlander is expected to be powered by Nissan X-Trail’s 2.5-litre four-cylinder petrol engine which puts out 183 bhp and 245 Nm of peak torque. This unit is likely to be paired to a CVT automatic gearbox as standard. A plug-in hybrid of the mid-size SUV is also in development. The current Outlander PHEV is powered by a 2.4-litre petrol four-cylinder paired to two electric motors, one on each axle.

The front motor kicks out 80 bhp while the rear one produces 95 bhp, drawing their power from a 13.8kWh battery pack. Its pure EV range is claimed to be 70 km as per WLTP-certified tests. The fourth-gen Mitsubishi Outlander is expected to hit showrooms globally starting third quarter next year.