Nissan has unveiled the updated 2021 Navara. The upcoming pick-up truck has been unveiled after the makers released a short teaser on YouTube. The new facelifted model comes with a bunch of useful updates over the outgoing one and also offers a new top-spec flagship variant that will be retailed in global markets.

This is the first major update given to Navara ever since the current generation model went on sale in 2015. The pickup truck, which is also sold as Frontier in South America and Mexico, receives a major cosmetic overhaul with a handful of feature additions. 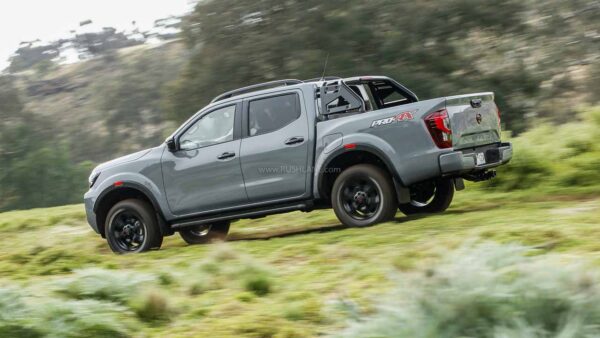 The new 2021 Navara can be clearly distinguished from the outgoing model thanks to the revised front and rear ends. At front, it receives a new oversized grille and a pair of bi-LED headlamps borrowed from Nissan Titan in the US which give a menacing look to the front fascia.

It also receives new C-shaped LED DRLs. It gets new sheet metal ahead of the windshield and redesigned wheel arches, tailgate and tray fenders with better footholds. 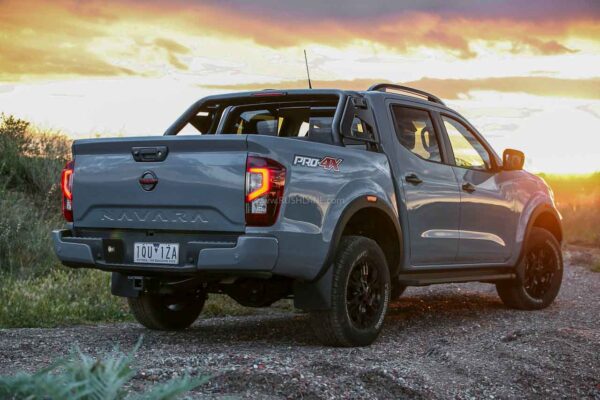 Getting inside the cabin of Navara, one notices subtle differences to its predecessor including an updated infotainment system and a new steering wheel along with some tweaks to the dashboard. It gets more USB points than before including an updated USB Type-C fast charging outlet.

The updated 8-inch touchscreen system houses Apple CarPlay and Android Auto. It also gets a larger digital MID in between analog instrument dials. 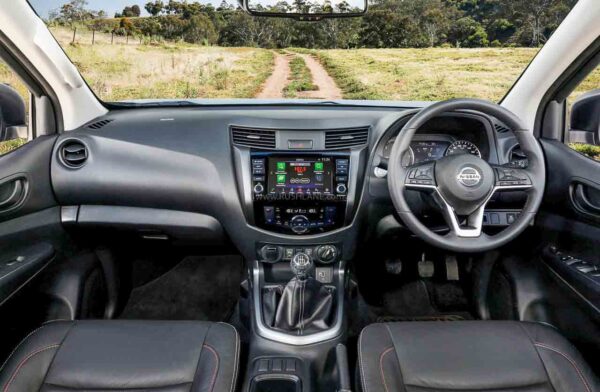 Significant updates have been made to its safety equipment in order to match its competitors. The new Navara comes equipped with blind-spot monitoring, forward collision warning, autonomous emergency braking, rear cross-traffic alert and lane keeping assistance features. It also gets a 360-degree parking camera now.

Major changes have also been incorporated into the mechanicals of the pickup truck. While the updated truck gets the same coil-based suspension setup, the Japanese manufacturer says that for some models suspension would be beefed which would enable it to carry loads up to 1.2 tonnes on the tray. 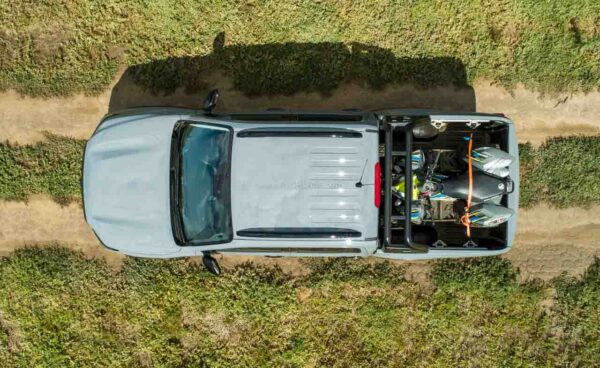 However, the powertrain has not been tinkered with. It still draws its power from a 2.3-liter four-cylinder twin-turbo diesel engine which puts out 188 bhp and 450 Nm of peak torque. This unit can be paired with either a 6-speed manual or a 7-speed automatic gearbox. Even with all the enhancements in the mechanicals, towing capacity remains capped at 3,500 kg. 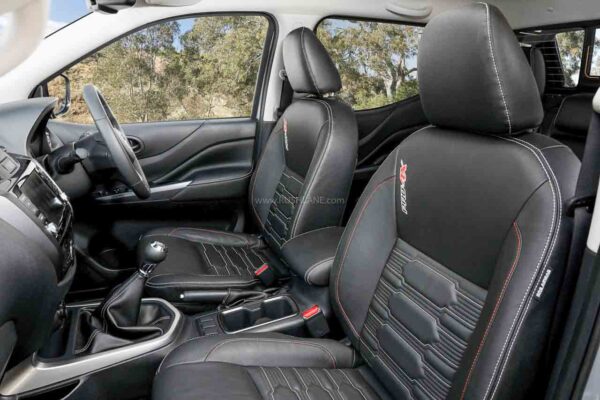 2021 Navara range gets a range-topping PRO-4X variant that incorporates a Style Package targeted at adventure lovers and also includes a sports bar. Prices of the updated Navara have not been revealed yet which are expected to be out some time ahead of its launch next year. It will compete with segment heavyweights such as Toyota Hilux, Ford Ranger and Isuzu V-Cross.