Based on Toyota RAV4 PHEV, 2021 Suzuki Across is more or less the same car except for a reconfigured front fascia

The 2021 Suzuki Across SUV has finally been launched in Europe after being officially revealed in July earlier this year. The plug-in hybrid (PHEV) SUV has first arrived in the UK, where it will be made available in a single variant and is offered at a price of £45,599 (Rs 44 lakhs).

The Japanese carmaker also announced that it will have limited availability in its first year of sale. The new Across is essentially a rebadged Toyota RAV4 PHEV, hence much of its elements- in terms of design, specs and features are similar to the donor SUV. Although Suzuki has incorporated its own unique elements onto the Across. 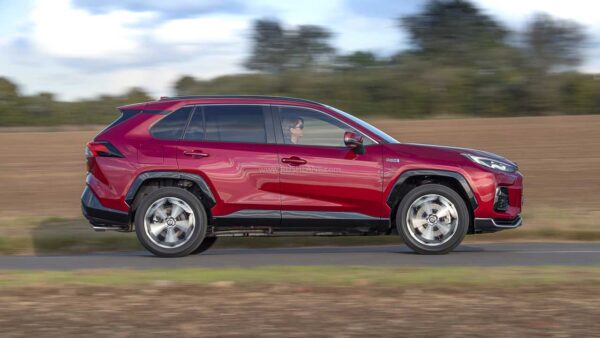 In terms of design, Suzuki has provided Across with its unique front fascia which consists of a hexagonal honeycomb mesh grille, bi-projector LED headlights, signature LED DRLs, revised front bumper and redesigned 19-inch alloy wheels. At front, it also gets a pair of new fog lamps and a silver-finished skid plate. Rest of the car is very much the RAV4. 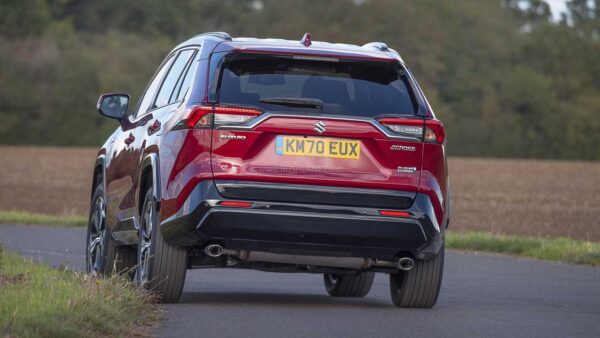 Even interiors are in line with what is offered in RAV4. The cabin is spacious and gets nifty tech such as a 9.0-inch touchscreen infotainment display with Apple CarPlay and Android Auto, in addition to MirrorLink functionalities for smartphones. 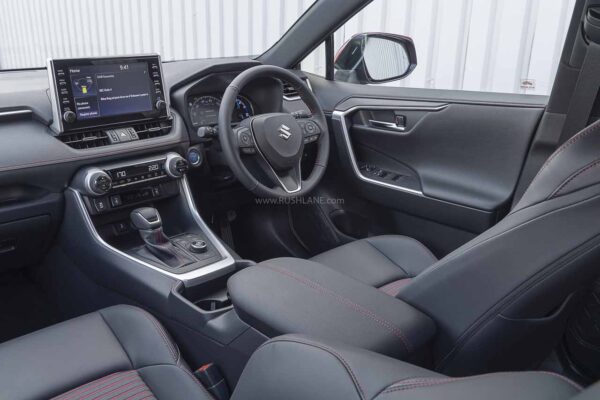 Speaking of its powertrain, Across PHEV is offered with a 2.5-litre I4 petrol engine combined with two electric motors. The petrol mill itself is capable enough to generate 180 bhp and 270 Nm of peak torque. In combination with the electric motors it generates around 302 bhp.

The electric motors draw their power from an 18.1kWh lithium-ion battery pack mounted beneath the floor which provides a pure EV range of 75 km. The petrol motor sends power to the wheels via a CVT gearbox as standard. A full-time 4WD is offered as standard thanks to the E-Four electronic 4×4 system.

2021 Across comes with four driving modes- EV for driving in electric power only; Auto EV/HV; HV allows the petrol motor to provide occasional power boosts; and Battery Charger, for using the IC engine exclusively. Suzuki claims that the ACross can do a 0-100 kmph sprint in flat 6 seconds.