The prototype of Suzuki Burgman Electric has been spied testing once again. Like in the previous case, in the recent shots as well the absence of an exhaust canister can be clearly seen.

Suzuki had revealed its intentions of developing an electric scooter back in 2018 but it was not known that the Japanese brand would be adding it to the Burgman range. Tagging it as ‘Burgman’ would make good sense since the first electric scooter will be expensive and the Japanese brand needs a strong donor with convincing looks, features and presence to justify its price. Moreover, with increasing popularity of maxi-scooters in India, it might give Suzuki a certain edge.

The electric scooter also had a grey sleeve around the footboard which offered a visual distinction. Another major difference revealed on closer observation is that on the IC engine Burgman Street employs a single-sided shock absorber on its left side whereas in the test mules spotted the shock absorber was on the right. Common elements included telescopic front suspension and alloy wheels. 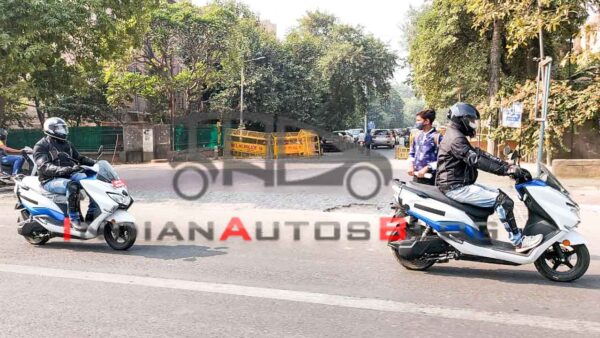 Other design elements noted were a rear tyre hugger for better protection and a digital instrument cluster. Also, the reflector is now re-positioned from below to above the registration plate. The instrument console might feature Bluetooth as well as 4G LTE which allows for smartphone connectivity and using connected vehicle functions. 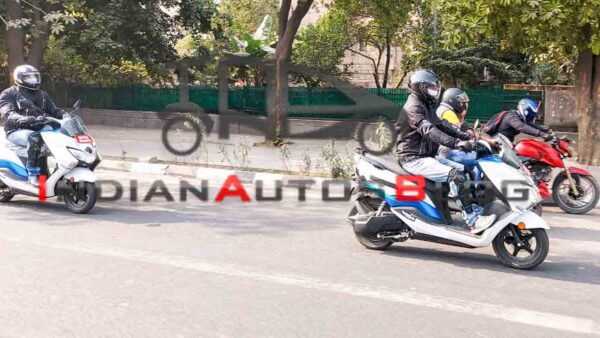 There has been no word from Suzuki on its powertrain yet, however, one can expect it to be equipped with a battery pack capacity of 3-4 kWh and paired to a motor generating 4-6 kW power. Performance would be in the range of Burgman Street 125cc scooter.

One can expect a top speed of 80 kmph with single charge range of 70-90 km. As far as prices are concerned, expect it to be well over Rs 1 lakh (ex-showroom). Upon its launch, it will rival the likes of Ather 450X, Bajaj Chetak, TVS iQube.