In July this year, Toyota officially unveiled a mid-life facelift of the second generation Fortuner. Since its unveil, it has already been launched in countries such as Thailand, Vietnam and now Indonesia.

Back in India, Toyota launched the Limited Edition Fortuner TRD Sportivo last month to the current pre-facelift model. The Fortuner TRD gets a host of cosmetic updates as well as additional features to go with it. The latest piece of development suggests that the upcoming Fortuner Facelift will also get a TRD Sportivo variant. Images are credit to B-Channel.

Seen in all Black Colour with Red accents, the Fortuner TRD Sportivo comes with quite a few exterior updates such as TRD based front bumper, TRD radiator grille with chrome garnish, rear bumper spoiler with red accents and TRD logo on it and newly designed alloy wheels. It also gets cladding on the sides to enhance its sportiness to make it worthy of the TRD logo. 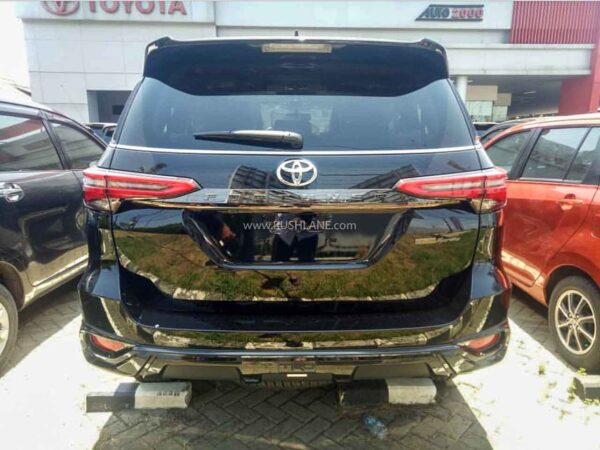 As far as techs are concerned, features mentioned in brochure are already available in the premium Legender variant of Fortuner. The list of features consists of a larger 9.0-inch touchscreen infotainment system, as opposed to the standard 8.0-inch; a 360-degree camera, tyre pressure monitor, Head-up Display (HUD), Wireless Smartphone Charger, Kick-Activated Boot Opening and a whole lot more.

In terms of safety, it is expected to be offered with seven airbags, Vehicle Stability Control (VSC), ABS with EBD, brake assist, Hill-start assist control, emergency brake signal and much more. Apart from all this, the upholstery inside the cabin is expected to be made of more premium upholstery. The dashboard will also receive metallic accents as well as Wood Grain-patterned Ornamentation. 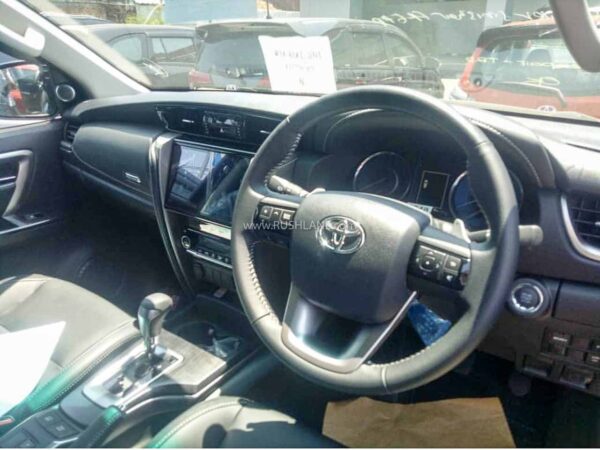 The biggest update will be in its powertrain department. While the standard trim will be powered by a 2.4-litre diesel unit which produces 150 bhp and 400 Nm of torque, the TRD is expected to get a reconfigured 2.8-litre diesel engine which cranks out 204 bhp and 500 nm of torque. Current Fortuner 2.8 diesel delivers 174 bhp and 450 Nm. 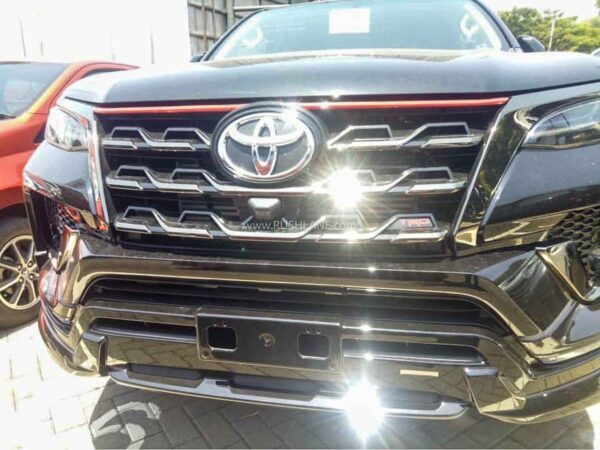 In India, the current Fortuner is only offered with 2.8 diesel and 2.7 petrol. There is no 2.4 diesel Fortuner on offer in India. It remains to be seen if the more powerful 2.8 liter diesel engine will be launched in India or not.

Powertrain will be linked to a 6-speed torque converter automatic with addition of paddle shifters. It will also be equipped with a 4×4 drivetrain with a low-range gearbox and as per reports, a rear locking differential will also be offered in the facelifted model. 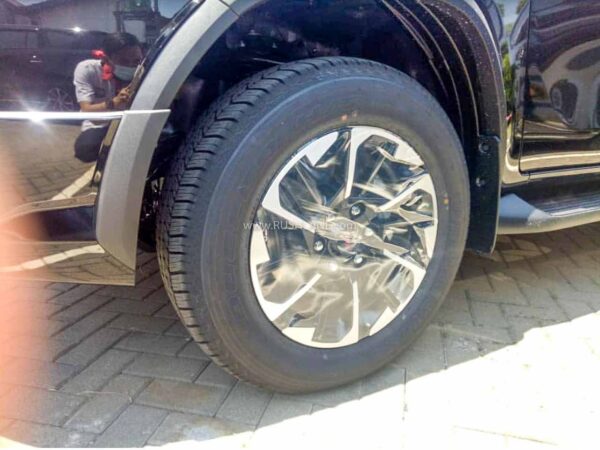