Toyota Innova facelift comes with an updated front fascia that looks a lot sharper and clutter-free in comparison to the outgoing model. While the hexagonal shape of the grille has been retained, it now gets more refined, sharper edges. The slats on the grille have also been revised, with the horizontal chrome slats bearing the Toyota logo removed completely. The revised grille has slats of the same width and comes with chrome surrounds towards the bottom and sides.

Front bumper of Innova facelift sports a rugged look, as compared to the curvy design of its predecessor. Fog lamps are now more deep-set on the bumper, which enhances the dominating character of new Innova. In other changes, the headlights get a new pair of projector lamps. It will also get new colour options. This is the first time that the facelifted Innova has been spied in white colour. 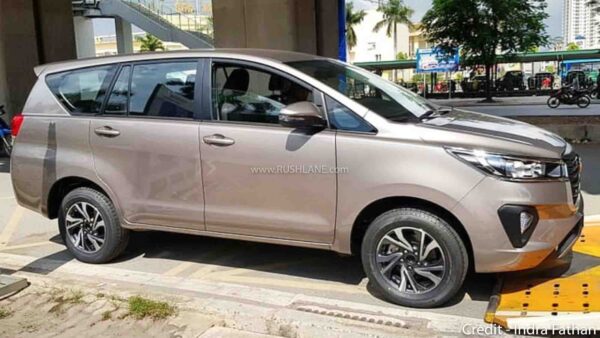 Talking about the side profile, it appears largely the same as earlier. However, new Innova gets updated alloy wheels, which could vary based on the variant. At the rear, the only noticeable difference can be seen in the detailing of combination tail lamps.

On the inside, the core theme and basic layout is the same as earlier. However, to keep it relevant to current market trends, it is expected that new Innova will have improved seats and upholstery. In terms of tech upgrades, Innova facelift could be equipped with a larger touchscreen infotainment system with support for Apple CarPlay and Android Auto. Other additions could include electrically adjustable front seats, 360° surround view camera and wireless charging. 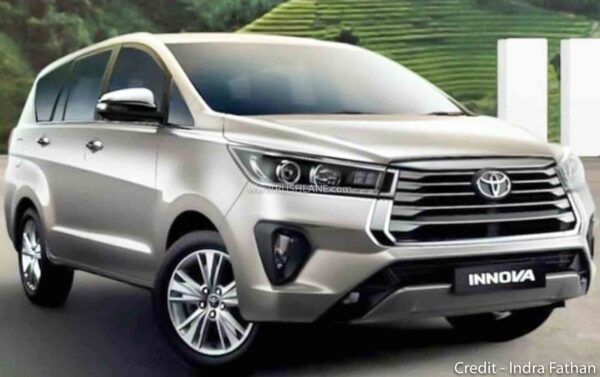 Engine options for Innova facelift will be the same as earlier. As may be recalled, Toyota had launched Innova BS6 earlier this year in January. Current Innova comes with the option of a 2.7-litre petrol engine and a 2.4-litre diesel mill. The petrol motor is capable of generating 166 bhp of max power and 245 Nm of max torque. In comparison, the diesel motor makes 150 bhp / 343 Nm (manual) / 360 Nm (automatic). Both engines come with the option of 5-speed manual and 6-speed automatic transmission.

Toyota Innova facelift will continue to rival the likes of Mahindra Marazzo and Kia Carnival. With the updates, new Innova could witness an increase in prices, albeit marginally. The current variants are priced in the range of Rs 15.66 lakh to Rs 24.67 lakh.