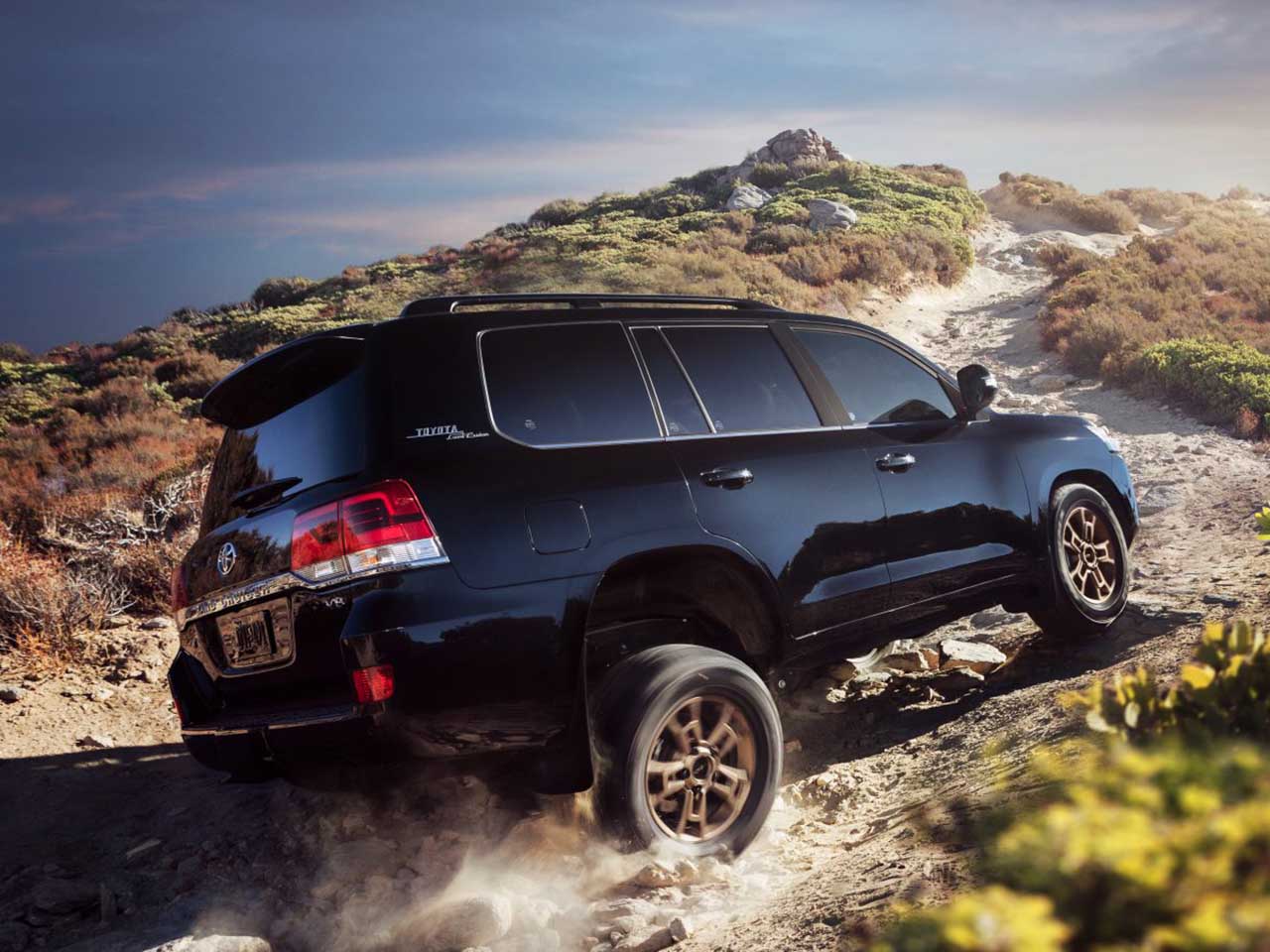 Toyota of North America has introduced its popular LC200-gen Land Cruiser full-size SUV in a limited Heritage Edition format. The 2021MY Toyota Land Cruiser Heritage Edition packs some improvements over its 2020MY avatar (looks identical), including the option for three-row seating. It is available in four colours (two new): Midnight Black Metallic (shown), Blizzard Pearl, Silver Metallic and Magnetic Gray Metallic. Toyota’s Land Cruiser range is one of the most sought-after offroaders in the world.

Toyota USA states that the new Heritage Edition is a tribute to the Land Cruiser’s “continuous evolution”. Production starts in September 2020 and bookings have opened at all major Toyota dealerships in the US.

Powering the 2021MY Toyota Land Cruiser is a familiar 5.7-litre DOHC NA V8 petrol engine coupled to an 8-speed automatic transmission. It churns out 381hp @ 5,600rpm and 544Nm @ 3,600rpm. The output is sent to all four wheels via a full-time 4WD system with a Torsen limited-slip differential that offers 50:50 locking.

Toyota Kirloskar Motor has discontinued the Land Cruiser in India ahead of BS6 emission norms. However, the Japanese automaker has confirmed that it will make a return in “some form, shape or size”. It was only recently that a facelifted Land Cruiser iteration was spotted somewhere in the UAE.