Yamaha had teased its upcoming naked streetfighter- MT-09 earlier this month and it was revealed that the motorcycle will receive more than just an emission upgrade. Yes surely the latest naked flagship from Yamaha will get the latest Euro-5 emission norms but there’s certainly more on offer.

For starters, the updated model will sport a revised front fascia. The updated headlamp cluster now gets a single LED projector headlight which is flanked by twin vertical LED DRL strips. Given that the current twin insect assembly looks better and more aggressive, many have questioned this decision of the Japanese manufacturer. 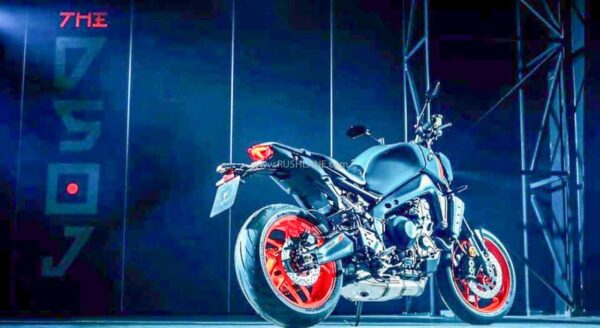 The upcoming model will also get a conventional tail-mounted number plate holder, unlike the current one which gets attached to the swingarm just like the MT-10. The swingarm itself is a different one getting rid of the upper bracing of the existing bike replacing it with a thicker main arm section. The updated fuel tank and fuel tank shrouds look more aggressive and meaner than its predecessor.

Also, the unique side-mounted digital instrument cluster has been replaced with a conventional and larger console. Another notable highlight is an underbelly exhaust similar to the one in the current model. It receives LED turn indicators at both front and rear and also gets an air intake vent on the side fuel tank behind its headstock. 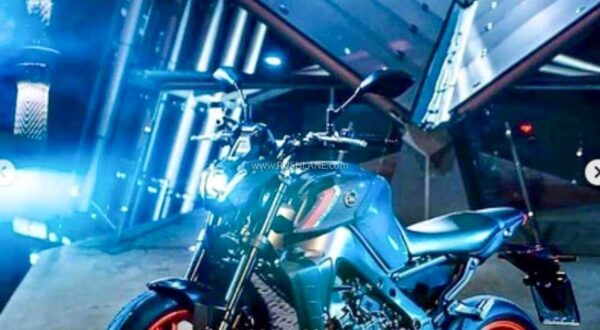 The 2021 Yamaha MT09 gets a new sports bike-style beam frame. The new chassis resembles the one found in R6 and R1 which could translate into sharper handling on road. It also suggests that the upcoming model might be a few pounds lighter thus improving its performance. Suspension duties are expected to be carried out by the same upside-down forks while anchoring duties rest on discs on both ends with radial-mount calipers.

The major upgrade has to be in its powertrain department. As mentioned earlier, it now complies with Euro-5 emission norms. As per leaked reports, the current in-line three-cylinder motor’s displacement is also likely to swell up from 847cc to 890cc. 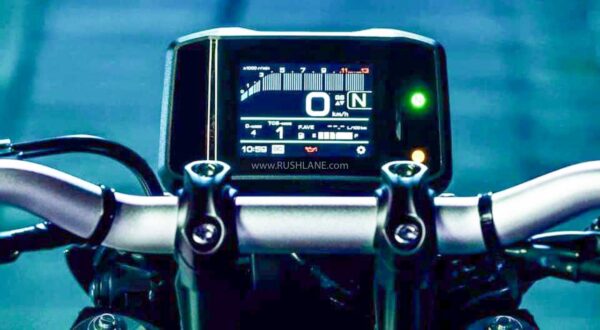 This means that power output has increased from 114 PS to 120 PS. It will continue to be paired with a six-speed gearbox which might see the addition of an up-and-down quick shifter. Along with the reconfigured powertrain, it is also expected to get IMU-based rider aids like multiple riding modes, cornering ABS and cornering traction control.

Following a launch in Europe today, the updated Yamaha MT-09 is also expected to hit the Indian market as a flagship product sometime early next year. More details on the bike are expected to surface after the official launch. if launched in India, it will rival the likes of Triumph Street Triple R and upcoming KTM 790 Duke.