The Yamaha MT09, one of the best middle-weight naked sportsbikes globally, has received a major update for 2021 model year. With the facelift, the motorcycle distinguishes itself from the rest of MT family in a bid to have a unique appeal.

The quirky twin-LED headlamp design that was inherited from the bigger MT10 in 2017 has been replaced by a brand new unit which incorporates a larger single LED element in the center, flanked by vertical DRLs. The new headlamp unit gels well with the overall design to achieve an aggressive front heavy stance.

Minimal body panels accentuate the 2021 MT09’s updated three-cylinder engine whose displacement has been increased from 847 cc to 889 cc. The additional 49 cc, combined with a redesigned fuel delivery system, has resulted in an improvement of power and torque figures.

The new MT-09’s Euro-5 compliant motor is good for 117 hp and 93 Nm of torque. A 6-speed gearbox with a quick shifter (up and down) is mated to the engine by means of a slipper clutch.

The 2021 Yamaha MT09 should handle better than its predecessor, thanks to significant improvements to the chassis and suspension system. For starters, the aluminium frame benefits from a new sub-frame and redesigned swingarm which lead to a weight reduction of 3.6 kg.

Yamaha has also updated the naked bike with an upmarket 41 mm inverted KYB front forks which are adjustable for compression, preload and rebound damping. The rear is suspended by means of a KYB monoshock. 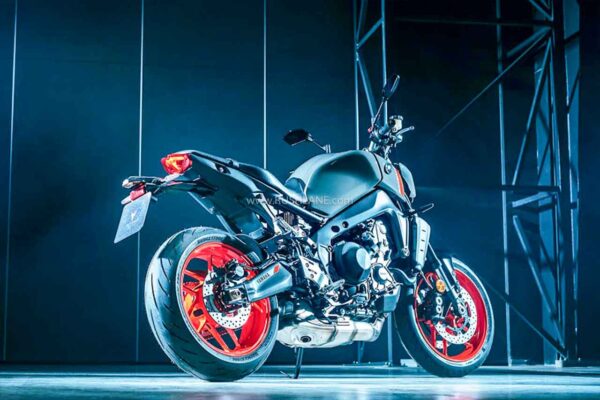 The new 10-spoke alloy wheels are engineered to be the lightest in the segment, thus reducing unsprung mass. The motorcycle now also comes with a wider 180/70-17 rear tyre while the 120/70-17 front tyre has been carried forward.

As far as equipment is concerned, the 2021 Yamaha MT09 receives a new colour TFT instrument console, lean-sensitive rider aids such as TCS, SCS and LIFt which are supported by a new 6-axis Inertial Measurement Unit (IMU), ABS and Brake Control system, riding modes and so on. 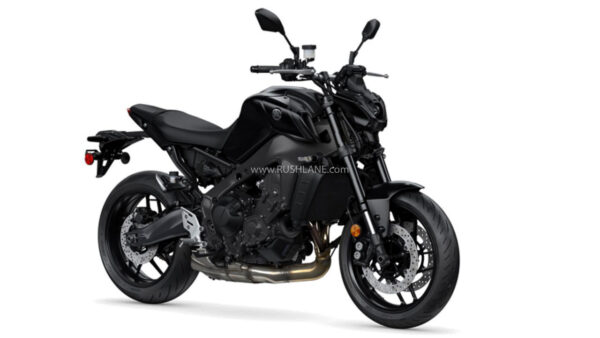 The 2021 Yamaha MT-09 will be available in three colour options namely Icon Blue, Tech Black and Storm Fluo. The updated street fighter is expected to be hit the showrooms in international markets by March 2021. Launch in India is expected a few months later. The MT09 competes with the likes of Kawasaki Z900, Ducati Monster, Triumph Street Triple and so on.