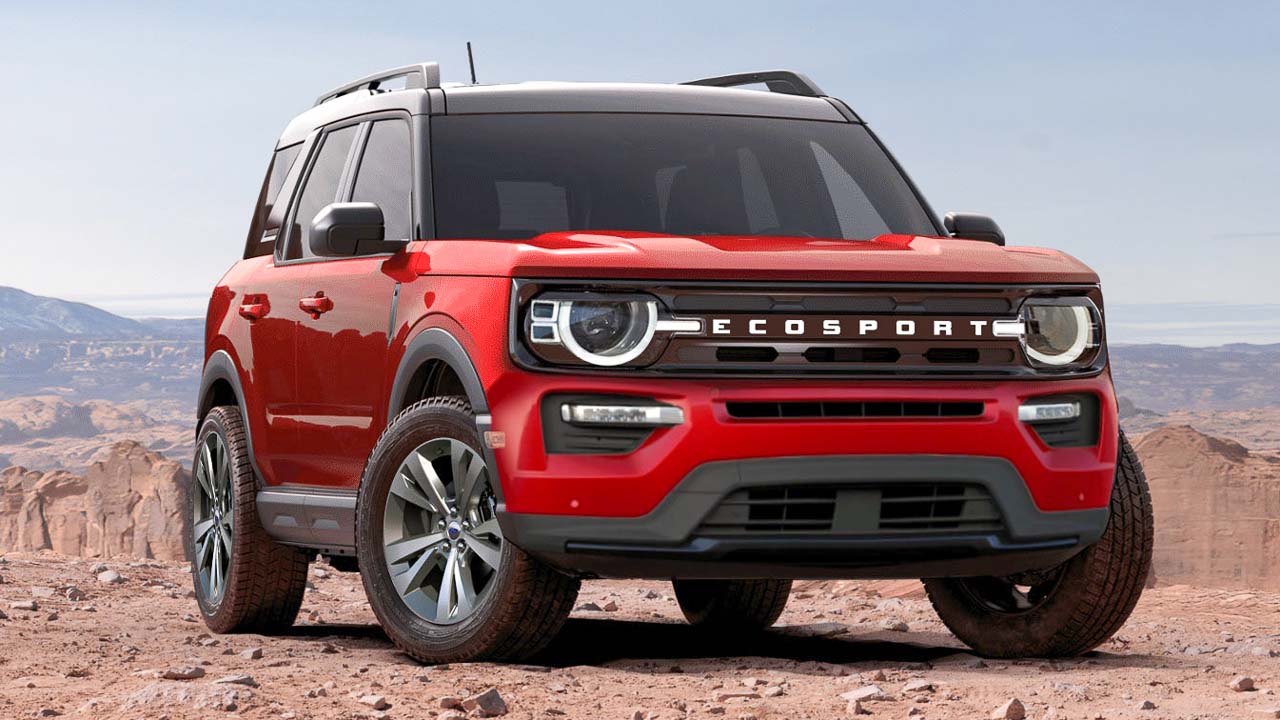 It is not news that the next-gen Indian-spec Ford EcoSport will come as part of the alliance between Ford India and Mahindra & Mahindra. One could argue that Ford’s EcoSport started the sub-four-metre crossover/SUV trend in India thanks to its relatively bulkier dimensions within a lesser tax bracket.

In addition to the next-gen EcoSport (possibly 2022MY), this joint venture will also give rise to the all-new Mahindra XUV500 (currently undergoing road tests) as well as a compact crossover targeted at the Hyundai Creta and Kia Seltos. It is based on Ford Motor Company’s VX-722 platform and could be ultimately named ‘XUV400’ — read more details.

The current Ford EcoSport was launched in BS6 format back in January 2020, at a starting price of Rs 8.04 lakh for the base petrol Ambiente MT trim. Prices go up to Rs 11.58 lakh for its range-topping Titanium+ MT diesel option. Ford India has also introduced a new petrol automatic variant (based on Titanium trim) of its popular subcompact crossover. It is priced at Rs 10.66 lakh. All prices mentioned here are ex-showroom.

Kleber Silva, an automotive digital artist based in Sao Paulo, Brazil has rendered his own version of the 2022MY Ford EcoSport. He took the all-new Ford Bronco Sport compact crossover as base, cut it short and gave a few subtle styling tweaks including some front-end elements borrowed from the latest Ford Explorer mid-size SUV. The final result is certainly interesting but very unlikely to come into reality anytime in the foreseeable future.

The American automaker introduced the sixth-gen 2021MY Ford Bronco range earlier this month in three formats: Sport, 2-Door and 4-Door. While the purist-focused 2-Door and 4-Door variants are hardcore offroaders, the Bronco Sport is a more practical and city-friendly option — much like the Ford EcoSport. Yet this character does not make any compromise on its offroading potential. Ford’s all-new Bronco is targeted at Jeep’s Wrangler portfolio.

Almost all products coming under the Ford-Mahindra JV will be powered by Mahindra & Mahindra’s mStallion turbo petrol power plants. The all-new EcoSport would most likely receive a 1.2-litre unit which will soon make its way to Mahindra’s XUV300 ‘Sportz’ version. Mahindra had showcased the XUV300 Sportz at Auto Expo 2020. Output figures are rated at 128bhp and 230Nm; making it the most powerful petrol product in the segment of “compact SUVs”.