2022 Hyundai Tucson Officially Debuts In The US Ahead Of Launch

Hyundai Tucson is one of the most crucial products for the Korean auto brand’s global markets. The new generation of the mid-size SUV was unveiled internationally a couple of weeks ago and fans of Tucson have been eagerly awaiting for it to arrive in markets. Especially in the US, it has a huge following as it is the most sold product by Hyundai.

Today, the US-spec version of the new Tucson has made its official debut, and it is nothing like the older outgoing generation. The new model is expected to officially hit US showrooms in Spring 2021 which will be followed by launches in other international markets. 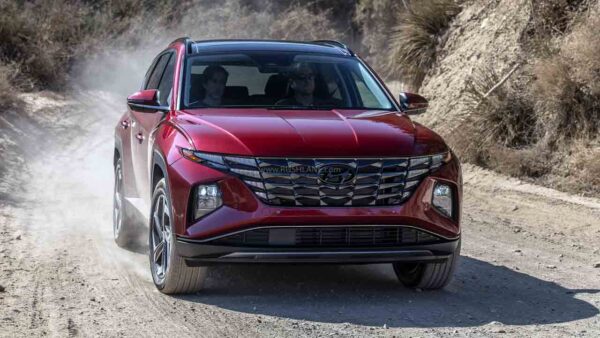 The exterior styling is perhaps the most profound change witnessed in the new Tucson. Its design is based on Hyundai’s global Sensuous Sportiness philosophy which folks at Hyundai call ‘Parametric Dynamics’ with jewel-like surface detailing. This has given it a more distinctive road presence. The front end of new Tucson sees perfect integration of design and technology as it gets half-mirror type DRLs which seamlessly blend into the parametric grille and are only visible when illuminated.

At rear the full width LED taillights are neatly incorporated in a half-concealed triangular design which is visible when illuminated. The Hyundai badging gets repositioned slightly higher integrated onto the rear glass pane while the rear wiper and defogger has moved to the rear spoiler. On the sides, it gets bulging fenders with exaggerated wheel arches making it look more aggressive. 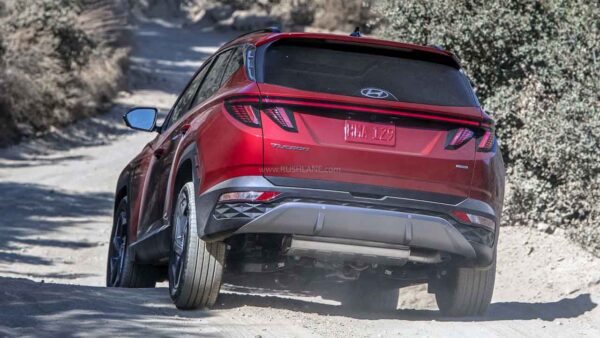 On the dimensions front, in comparison to the outgoing model, the new Tucson is bigger in every aspect which leads to a roomier and more spacious cabin. It gets a wheelbase of 108.5 inches which is 3.4 inches longer than its predecessor and a boot space of 38.7 cubic feet, an increase of 7.7 cubic feet.

Hyundai’s Sensuous Sportiness design is carried over to the interior as well which features a broad new dash that wraps into its doors. The center console gets two strips of silver trim which lends a dual-tone look to the cockpit. 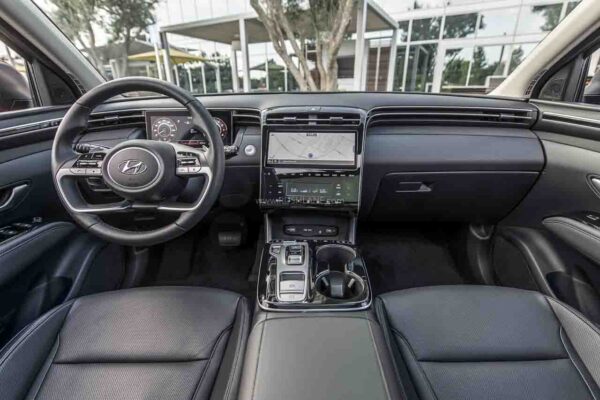 There are a generous amount of soft-touch materials with piano-black surfaces that make the interiors of Tucson a premium affair. The rich equipment list gets the addition of features such as a new voice recognition system that can control the rear hatch, heated and cooled seats and heated steering wheel. Other notable inclusions to the equipment include wireless phone charging, ambient mood lighting in 64 colours and 10 levels of brightness and an upgraded Bose stereo system. 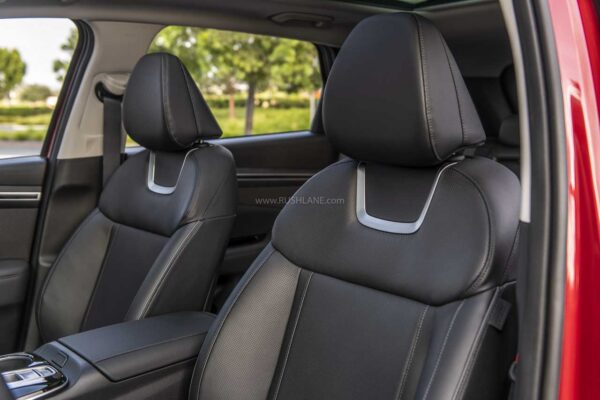 Massive updates have been made to the powertrain department of new Tucson which gets as many as three engine options. The first is the 2.5-litre four-cylinder naturally aspirated petrol engine which puts out 187bhp and 241Nm of torque. This unit is linked to an 8-speed automatic transmission as standard.

Second option is a 1.6-litre turbocharged petrol engine coupled to a 59 hp electric motor and a 1.49kWh battery pack. The petrol unit can itself churn out 177bhp and 264Nm of torque while the combined output of the hybrid powertrain stands at 225 bhp and 350 Nm of torque. 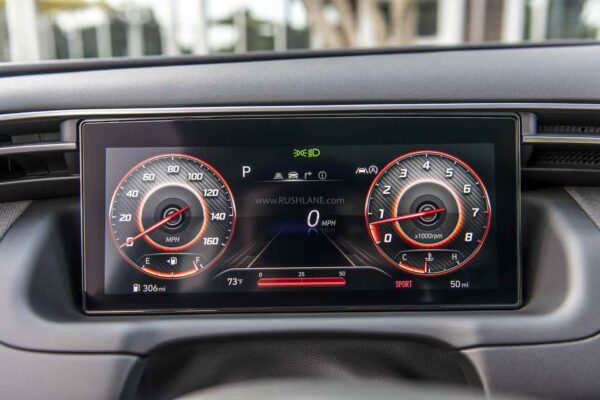 Lastly, the same 1.6-litre petrol unit is paired to the same electric motor but a larger 13.8 kWh battery to form a plug-in hybrid (PHEV) powertrain. The combined range is said to be around 800 km while pure EV range has been pegged at 40 km.

Both the mild-hybrid and PHEV powertrains are paired to a 6-speed automatic transmission.it is also the first time that a hybrid and plug-in hybrid SUV from Hyundai gets HTRAC AWD setup as standard. Prices have not been revealed yet. They will be revealed closer to launch date next year.