Rrahul Tanejaa, 37, owner of an event management company, has broken a record by paying the highest amount for procuring a premium registration number for his Jaguar car.

As has been confirmed by officials at Jaipur Transport Department, Tanejaa spent Rs 16 lakhs for car registration number RJ 45 CG 0001 which is the highest anyone has paid for a premium registration number to date in the state. Tanejaa bought his Rs 1.5 crore Jaguar in March but waited patiently for 6 weeks before he could get this particular number plate ending with 0001. 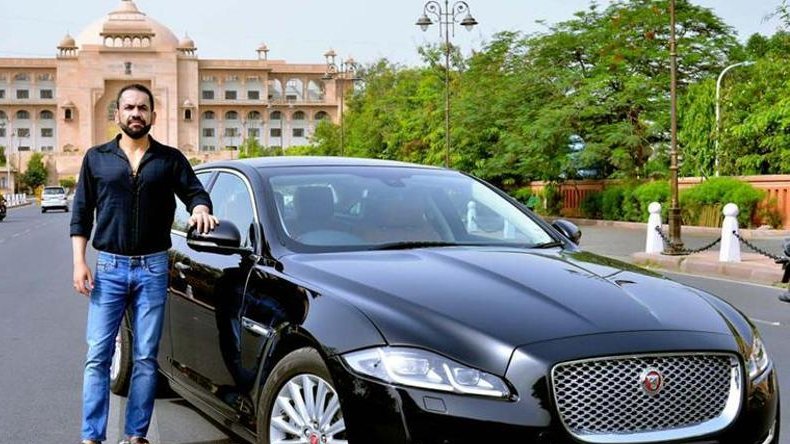 Not just this particular Jaguar car, but every car in the possession of Tanejaa sports 0001 registration number plate. His fetish for this particular number is not just limited to his cars as even his mobile phone has five 1’s in it.

Tanejaa is the owner of many luxury cars and has spent lakhs of rupees over the years in procuring fancy number plates all of which have the digits 0001. These luxury cars include a BMW 5 Series purchased in 2011 for which he paid an additional INR 10.31 lakhs for number plate RJ 14 CP 0001. The second hand Skoda Laura was purchased just because it sported a number plate RJ 20 CB 0001.

Tanejaa explains this fetish with number 1. His life has not always been a smooth journey. He stared off with no money, his father was working at a tyre puncture shop. From an early age, Tanejaa had to do all sorts of odd jobs – selling kites, rakhi and holi colors and has even driven an autorickshaw at night to evade being caught by the cops as he did not have a driving license. Now that he has made his money he wishes to flaunt it and strongly believes in the number 1.