Maruti Suzuki India once again claimed the charts where top 10 car sales in the month of November 2018 were concerned. These included the Maruti Swift, DZire, Baleno, Alto, Brezza and WagonR. They were followed by the Hyundai i20, Creta, Grand i10 and the recently launched new Santro. 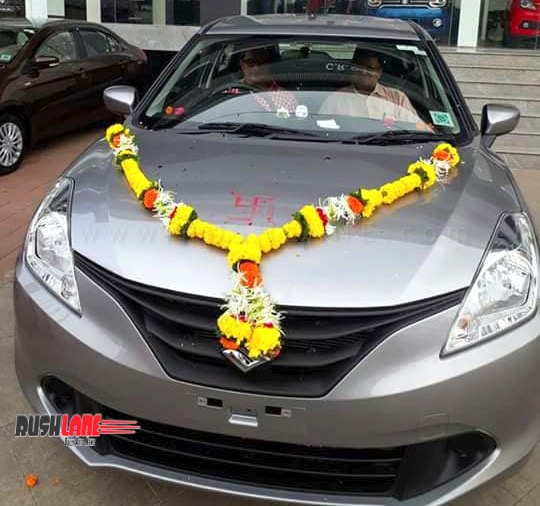 Taking these three top selling models into account, sales reached the 61,877 unit mark in November 2018. Baleno sales were particularly noteworthy having cross the 5 lakh unit mark in a span of 38 months.

Maruti Alto at No. 4 on the list of bestselling cars in November 2018, registered sales of 18,643 units while Maruti Brezza touched 14,378 units. Maruti Suzuki also saw the WagonR on the list of best sellers with a total of 11,311 units sold. 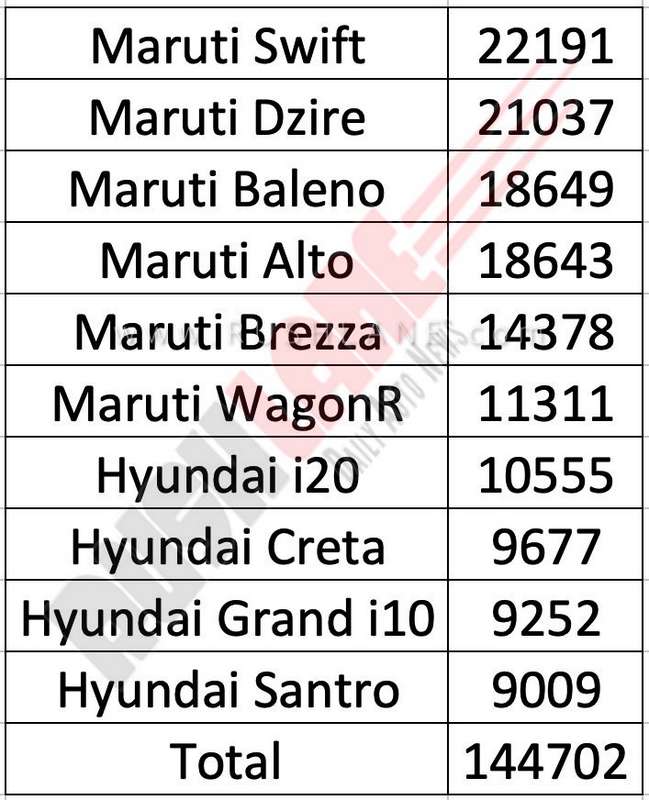 Hyundai Motors India Limited had four offerings on the list of best sellers in November 2018. New Santro hatchback made its way into the top 10 list in the second month of its launch in the country. 10,555 units of the Hyundai i20 were sold last month with the hatchback in No. 7 spot on the list. This was followed by the Hyundai Creta of which 9,677 units were sold while Grand i10 saw sales to the extent of 9,252 units.

The i20 was the best selling Hyundai car in November 2018 and their only car to see sales in excess of 10,000 units. The newly launched Hyundai Santro made its entry on this list with 9,009 units sold, and though at a No.10 position, its outstanding could see sales numbers and its position increase substantially in the months ahead.

Total sales of top 10 cars touched 1,44,702 units. This is about 70-75% of the total cars sold in the Indian auto industry for the month. This hows how dominating are these 10 cars from Maruti and Hyundai.