The ideal fuel choice for high performance cars, like the ones from Porsche, Lamborghini and Ferrari, 99 Octane Petrol has been officially launched in Mumbai. Launched by Hindustan Petroleum Corporation Limited (HPCL), this high octane petrol is called “poWer 99” offering octane rating of 99 which is the highest rating in the country.

“poWer 99” was a pilot project launched initially in Bengaluru and Pune last year. It was sold through HPLC outlet at Murugeshpalya in Bengaluru. Seeing positive response, it has now been launched in Mumbai as well.

At Mumbai, ‘poWer 99” is sold through HPCL Auto Care Venter outlet at NS Road. While sales have commenced in Mumbai and Pune, where it has received good response, sale is now expanding to other metros and to other cities like Delhi, Chandigarh and Gurgaon where sale of high end luxury cars are on the rise.

With its high octane rating “poWer 99” has the capability to withstand high compression rations prior to air fuel mixture getting ignited. Besides targeting high end cars and two wheelers, this premium petrol can also be used in other types of vehicles. 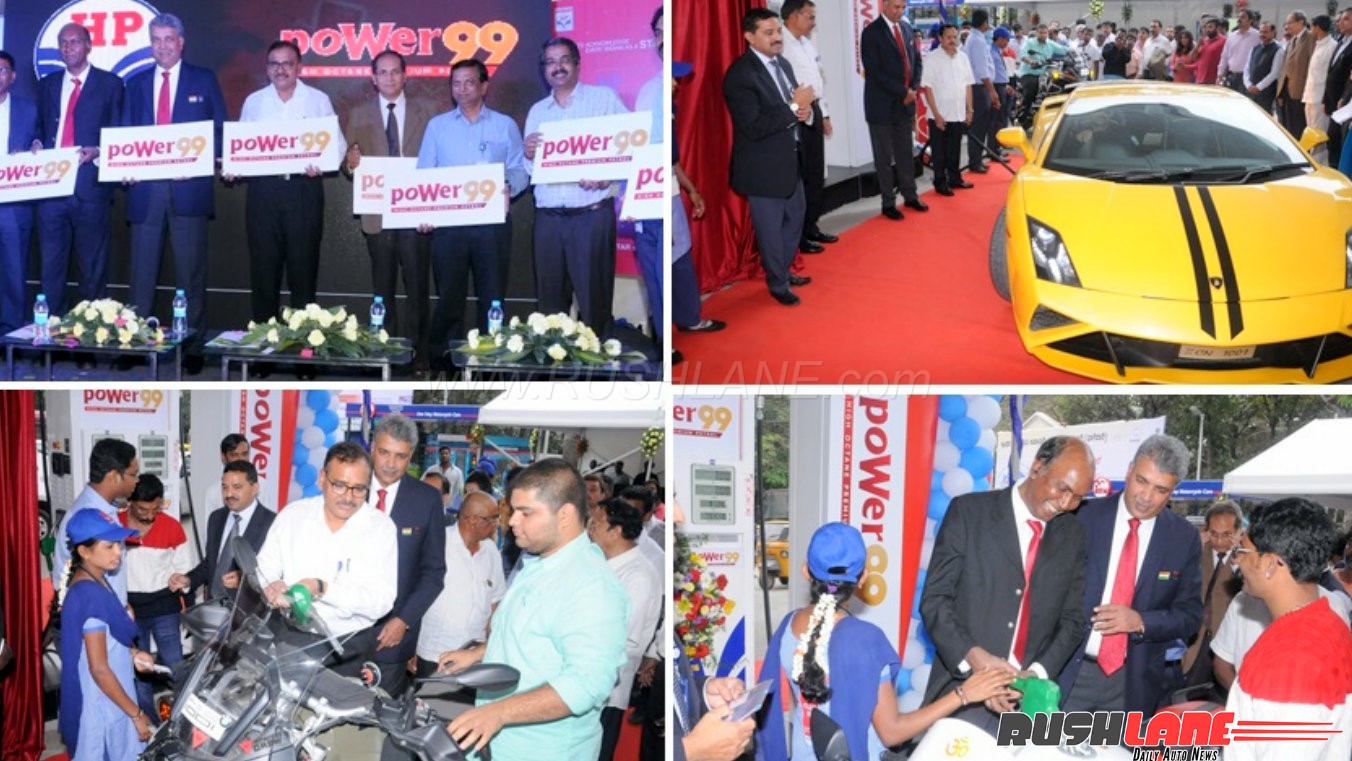 “poWer 99” also protects internal equipment as it claims to reduce equipment failure, does not contain heavy metals and reduces emission with lower NOX and CO outputs. This high performance petrol is the second of its kind in India after Bharat Petroleum’s Speed 97, which to date was the only option for supercars and sportscars. This high octane fuel will be essential to augment performance of motorcycles from Triumph, Ducati and Harley Davidson.

In India, about 93% of the users buy regular petrol, while 7% buy premium petrol. Buyers of premium petrol are not only those who have expensive cars or bikes, but also those who own entry level bikes like Bajaj Dominar, TVS Apache, KTM Duke, Royal Enfield, etc. These buyers pay extra and buy premium fuel to extract best performance from their bikes.