The concept of electric vehicle and the promise it holds in the future is so enticing that almost every company with sizable reserve of liquid funds is thinking about jumping in and having a go.

We sort of understand if tech giants like Google and Apple want in on the automotive business as it enters the new era but a Russian weapons manufacturer having a similar vision throws us off! That said, more participation will only expedite the technology evolution and we are looking forward to that. 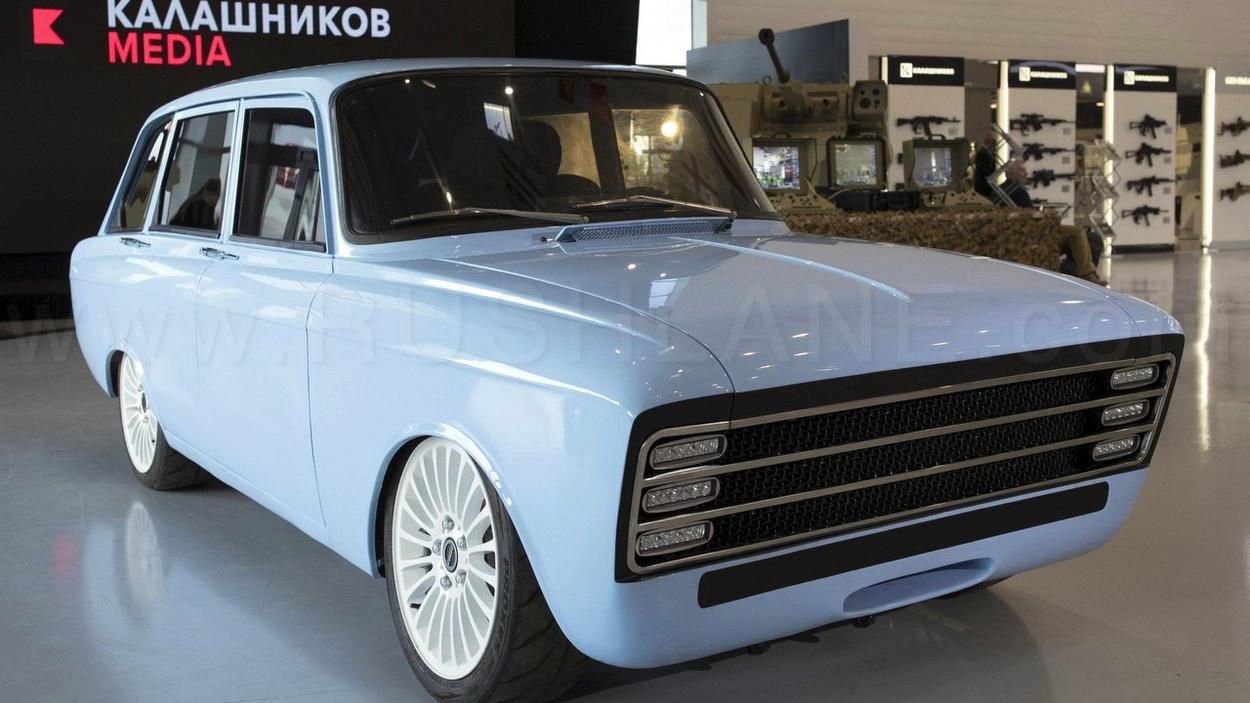 The Russian weapons manufacturer in question is none other than Kalashnikov, creator of the infamous AK47 rifle. The car, Kalashnikov CV-1, has been unveiled at Army 2018, an international Military Technical Forum which is currently underway in Moscow. The weapon maker’s association with automobiles come from military vehicles.

The Kalashnikov CV-1 adopts a retro design and is heavily inspired by the 70’s Izh 2125 Combi hatchback which was manufactured by AvtoVaz. While the body is completely old school, the tapered front fascia with stack of LED headlamps attempt to be modern. In short, there is nothing much to talk about the design. Save for a few Russians who have soft corner for the brand, we doubt the car will attract many buyers.

Kalashnikov says that the CV-1 is equipped with a 90 kWh modular battery package which runs an unspecified 295 hp electric motor. The range is claimed to be around 350 km and the car is said to be capable of accelerating from 0-100 kmph in about 6 seconds. No other details have been disclosed as of now. Neither did the company confirm any production plans.

Kalashnikov is now a fully private entity after Russian state holding company Rostec divested its stake last year. The weapon specialist’s profits took a hit after exports dropped due to sanctions imposed on it for its involvement in Crimean conflict. So, the company is looking for various diversification options and this EV concept could be viewed as a PR exercise to gather attention.