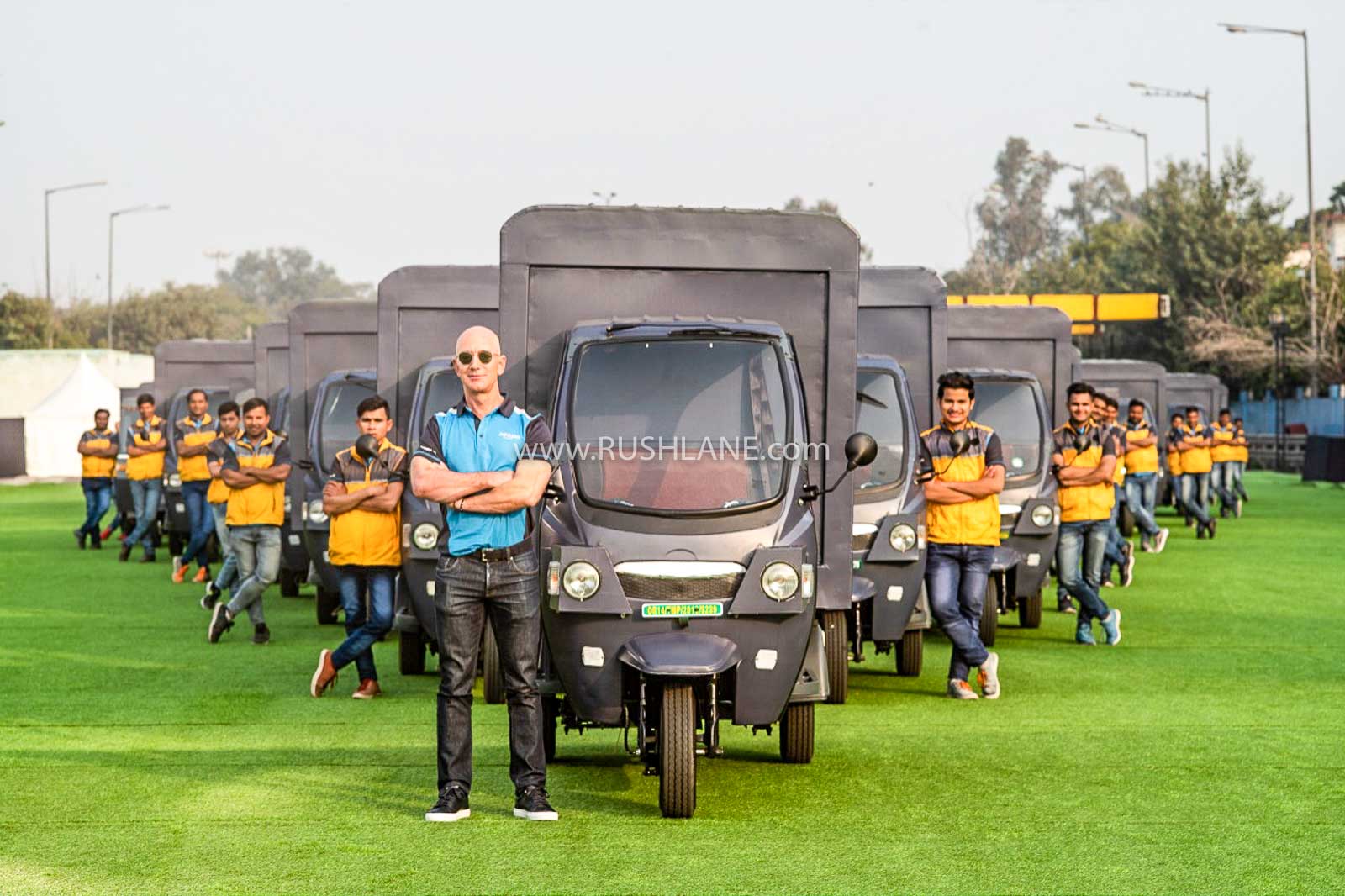 Amazon CEO, Jeff Bezos is in India for a 3 day visit. Everyday he has made important announcements regarding Amazon’s future in India. Today, he made yet another announcement.

With the world showing much enthusiasm for electric vehicles, the avenues where EVs are being fast tracked have increased manifold. One of the primary first movers are fleets that are looking at larger numbers to make the adaption smooth, and sustainable.

In a letter published last week, Amazon reiterated its focus on eliminating single-use plastic from its fulfilment networks in India by June 2020. Amazon India also announced it would be increasing its electric rickshaw fleet in India by 10,000.

The e-rickshaw fleet would but obviously be a shot in the arm for the organised market. With the unorganised e-rickshaw segment giving the organised sector a run for its money, strategic planning is the need of the hour.

With Amazon India entering the space, processes would be streamlined, and sales would improve. This isn’t the first time a retail major has highlighted the use of electric rickshaws. Back in August 2018, when Ikea began operations in India with its Hyderabad store, the company went the e-rickshaw way. At the time, the vehicles were purchased from Gayam Motor Works.

Ikea’s e-rickshaw fleet depends on a Li-Ion battery, and promise a lower daily running cost. As low as 50 paise per km. Gayam Motor Works exports e-autos and e-bikes to 15 countries. With the electric delivery rickshaws being readied, the company is able to focus on a fully electric reality that ticks changes required to tackle climate change.

In aligning with green initiatives, Amazon has globally committed to be carbon neutral by 2040. This process has been initiated as the company looks to buy 1,00,000 electric delivery vans from US based, Rivian. With Amazon India focused on scaling up operations in the country, and its delivery network reaching even remote regions in the country, the e-commerce giant could plan this to a T.

The fleet was unveiled through a short video that Jeff Bezos shared on Twitter. It also shows the man himself riding an e-rickshaw with his name on it. The fun feature which starts out as s small step is a big move in the right direction. With Amazon India’s delivery scale being ever so large, it’s essential that it leaves behind a footprint as small as possible.