Ampere Electric has officially launched the new Magnus Pro electric scooter in India. Priced at Rs.73,990, this new electric scooter has been first launched in Bengaluru. It will soon go on sale across the country via the company’s 200 showrooms spread over 190 cities and towns in India. At this price, the Magnus Pro has much more to offer as compared to the Magnus 60.

The new Magnus Pro is presented in four colour options of Bluish Peal White, Metallic Red, Graphite Black and Golden Yellow. It offers a range of 75-80 kms per charge making it ideally suited for long city commute and running cost is pegged at 15 paise per km.

Ampere confirms that the Magnus Pro runs 100 km per charge when in economy mode and at 80 km on performance mode. The scooter can be charged upto 100 percent in a matter of 5 hours and complies with all norms applicable to electric vehicles coming into effect from October 2020. 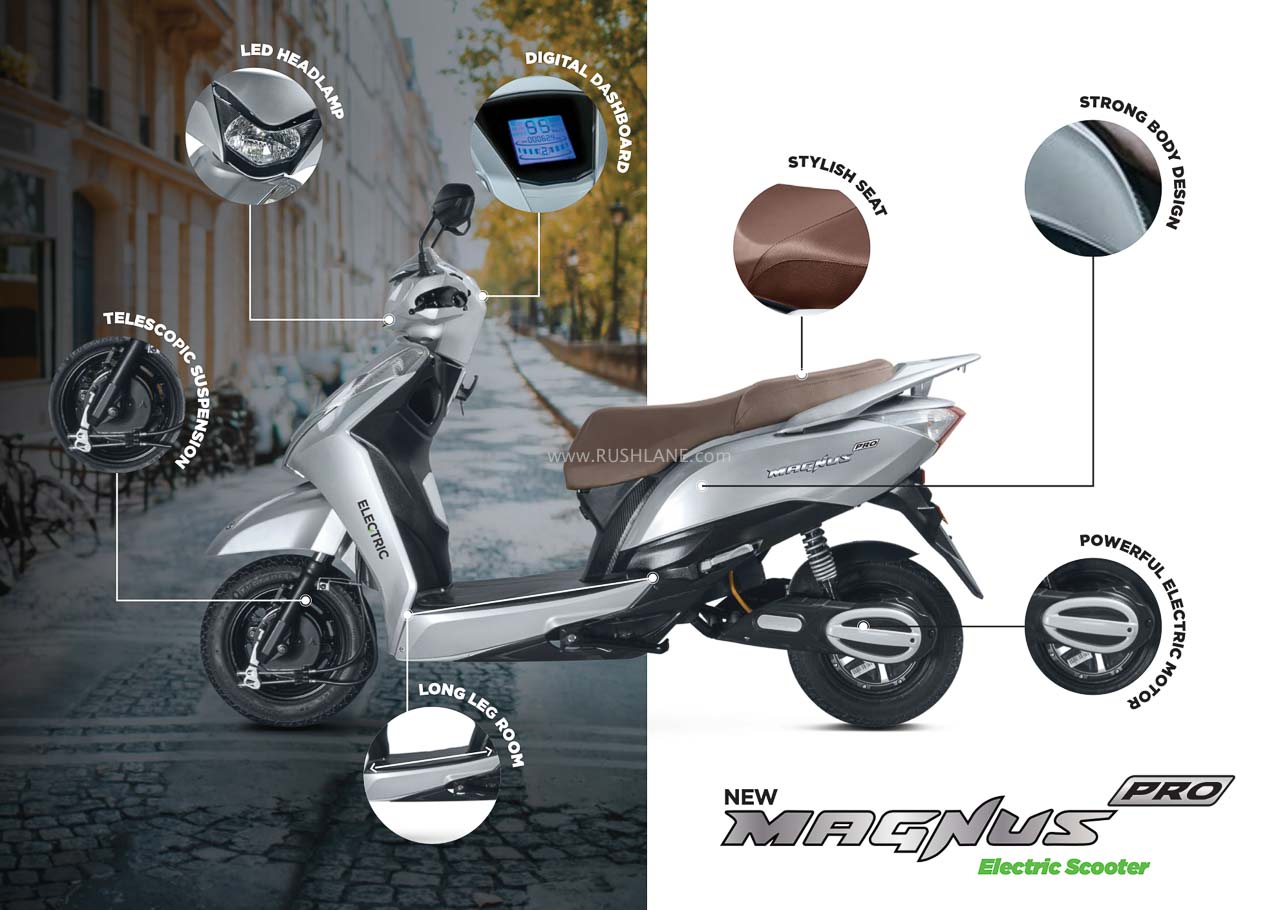 Magnus Pro claims a top speed of 55 kmph and is capable of 30 kmph more than that seen by the Magnus 60 due to the fact that the Magnus Pro uses a 1.2 kW motor as against the 250 W Magnus 60. Below is the detailed tech specs of the new e-scooter.

Magnus Pro electric scooter offers features such as anti theft alarm system, a digital LCD cluster, mobile charger, LED lamps and LED DRLs along with a large storage boot and 450mm leg space. It gets telescopic suspension and has a power to weight ratio of almost around 15 watt per kg which is the highest in the electric scooter segment. 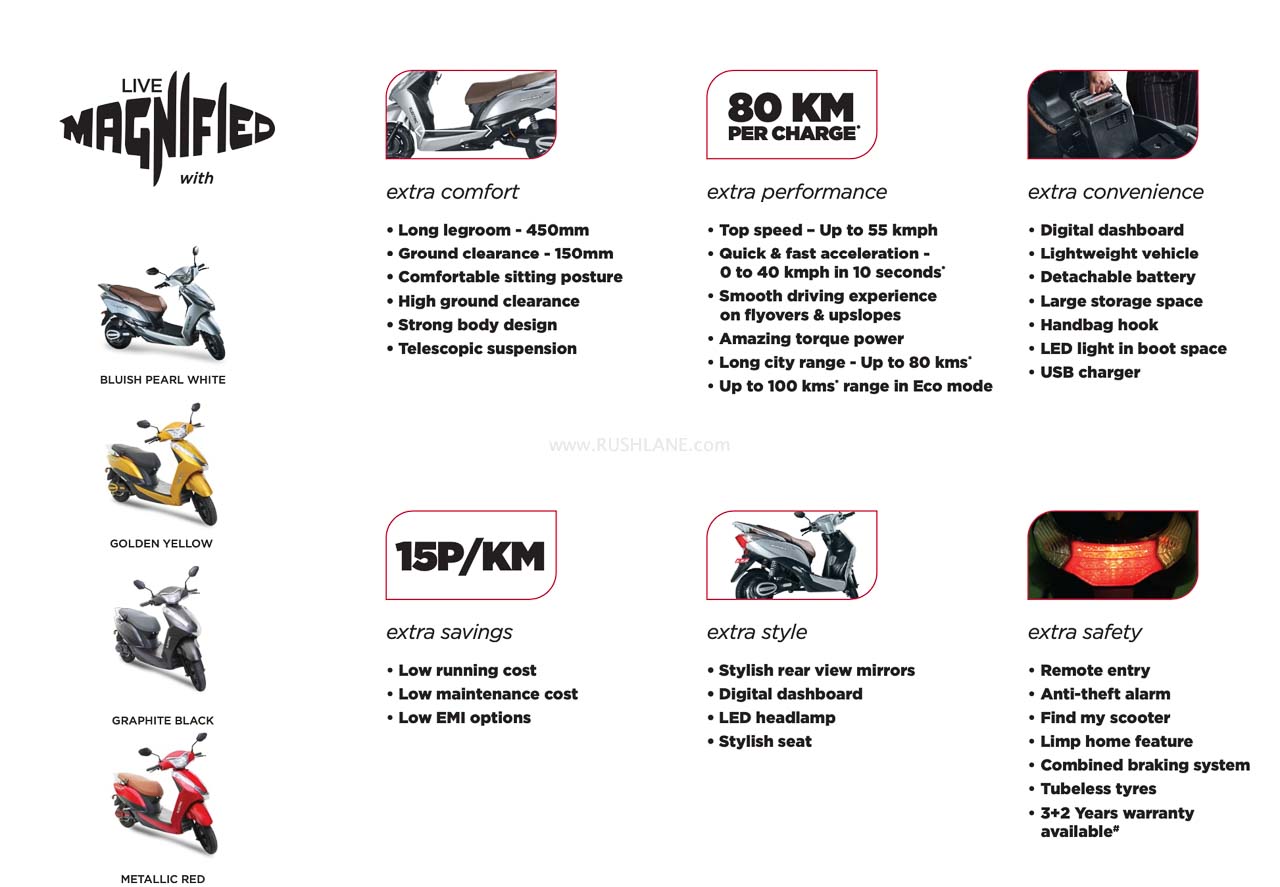 Magnus Pro comes in with a detachable battery allowing the customer can simply remove the battery and charge it at his/her convenience. In terms of dimension, the Ampere Magnus Pro measures 1,880 mm in length, 710mm in width and 1,190mm in height. It sits on a 1,415mm wheelbase and claims a max speed of 55 kmph. Braking power is via a mechanical drum and 130mm CBS while suspension is via telescopic front and coil spring rear.

The company targets buyers in the urban and rural sectors with this new e-scooter. Due to the COVID-19 situation in the country, bookings can be done on the company website and is offered with easy EMI schemes. With the Magnus Pro, Ampere Electric targets individual buyers and also seeks institutional tie ups with corporate looking for adoption of zero emission two wheelers.