Buoyed by the response it has been receiving for its premium scooters in the 125-150 cc space, Aprilia is working on launching locally made motorcycles in India starting from 2020. As of now, the premium Italian two wheeler brand’s local motorcycle portfolio consists of 800-1000 cc sportsbikes that are imported as CBUs.

Speaking to Economic Times, Diego Graffi, Managing Director, Piaggio Vehicles India (Aprilia’s parent company), confirmed that Aprilia will enter the 150 cc motorcycle segment next year. The 125-150 cc motorcycle space in India is volume rich and is growing at a brisk pace. In the period between April 2018 to January 2019, this segment witnessed sales of nearly 2 million units and grew at the rate of about 14% which is more than the overall motorcycle market’s growth of 11%. 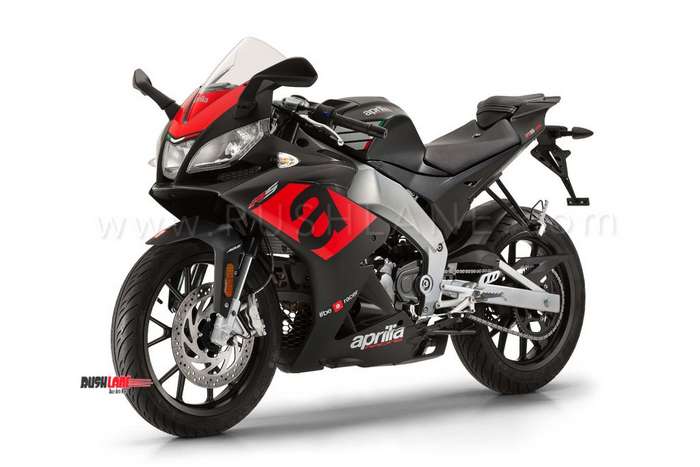 In the aforementioned period, Piaggio clocked sales of around 66,000 units most of which came from its automatic scooters under Aprilia and Vespa banner. With Aprilia motorcycles in the mass market segment, the company is looking to expand its horizons in the country.

Mr. Graffi said that the first premium 150 cc motorcycle from Aprilia will be ready in 12-15 months. He also added that it will be based on the RS 150 and Tuono 150 concepts that were showcased at the 2018 Auto Expo. The MD also stated that these concepts received positive response from the audience.

It is to be noted that at a recent dealer event in Goa, Aprilia showcased a range of new small and medium displacement two wheeler models including RS 150 (closer to China-spec model rather than the one sold in Europe), STX 150 street fighter, and SR Max 300 automatic scooter. The ET report suggests that the fully faired RS 150 is likely to be the first new product to be launched. Decision on further launches would be taken based on the market response of the 150 cc motorcycle. The report also suggests that the street fighter could have a larger engine.

Though the new products are aimed at mass market segments, Aprilia will maintain its premium appeal. The models will target similarly specc’ed motorcycles from KTM, Yamaha, TVS, etc. The compact displacement Aprilia motorcycles are most likely to be locally manufactured at Piaggio’s Baramati plant in Maharashtra where the scooters are being made. Expect the prices to range between Rs 80,000 to 1.5 lakhs (ex-showroom).