The Aprilia 300 cc premium automatic maxi-scooter has been spotted at a dealer event in Goa. The presence of the full sized scooter in India suggests that the Italian two wheeler brand which is under Piaggio’s umbrella is studying our market for high-powered automatic scooters.

It is a bit too early to talk about the SR Max 300’s launch prospects in India but given the rapid growth of scooter segment in the country, it is high time that the premium end of this spectrum is explored. Being the first mover in this niche segment could turn out to be a fruitful move for Aprilia. 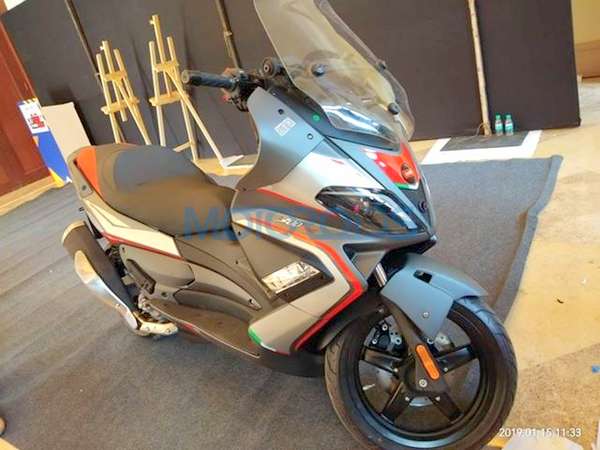 New Aprilia SR Max 300 spotted in Goa is a Chinese-spec version which is made by Aprilia’s partner Zongshen. This particular example is significantly better equipped than its European counterpart.

The automatic scooter sports an imposing front apron with twin projector headlamps, LED turn indicators, DRLs, and a generously proportioned windshield. It even features a HD video camera positioned between the headlamps. 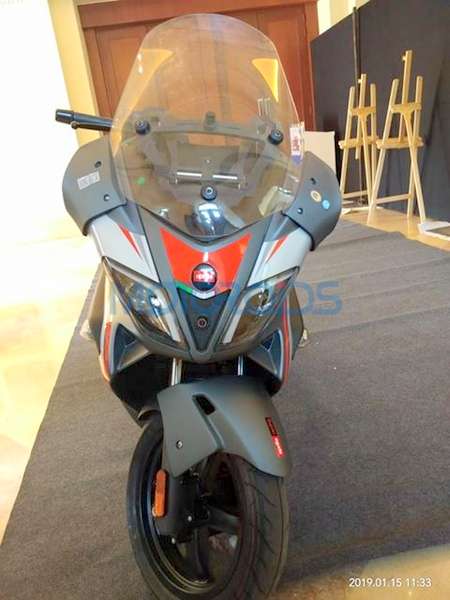 The maxi-scooter is powered by a 278 cc single-cylinder liquid-cooled motor which is paired to a CVT. With 22 PS and 23 Nm of torque, the Aprilia SR Max 300 would become the most powerful scooter in India by far if launched.

Though it is a scooter, the suspension and braking setups are comparable to those of a motorcycle. The front end is suspended by telescopic fork while the rear is supported by twin shock absorbers. Braking system comprises 260 mm front and 240 mm rear discs, governed by dual-channel ABS.

If at all Piaggio decides to take the bold step of introducing the Aprilia SR Max 300 in our market, it is expected to be imported in the form of CKD kits and assembled locally. The pricing would be comparable to the 300-400 cc motorcycles in the market (around Rs 2 lakhs, ex-showroom). Aprilia RS 150 sports bike was also spotted at the same dealer meet.