Aprilia has revealed the RS660 Supersports Twin Concept bike at EICMA Show along with a range topping RSV4 1100 Facory. Showcased as a concept, this new Aprilia RS660 will be the base of a new 600cc segment motorcycle which the company plans to launch sometime in the future. If and when launched, the Aprilia RS660 will rival the Yamaha R6, Honda CBR650R and Kawasaki Ninja 650.

In terms of design, the Aprilia RS660 concept focuses more on aerodynamics. It boasts of sophisticated styling with a wide saddle and well positioned split handlebars. When launched, it will be a sports tourer with more attention towards performance. 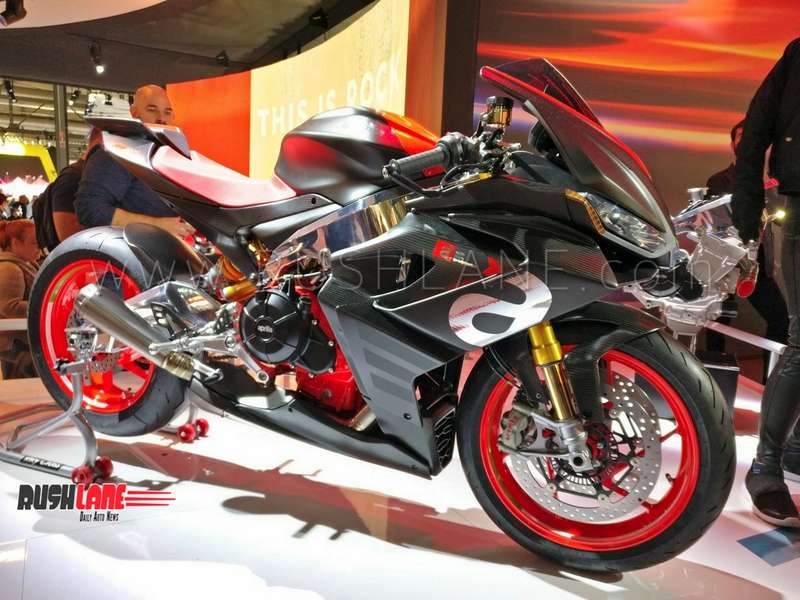 It gets an aluminum swingarm and frame, which not only contributes to rigidity but also enhances ride and handling; at the same time keeping weight in check. Other notable features include a curved shape on the right side of swingarm allowing for cleaner exhaust routing and lack of linkage between shock absorber and swingarm.

Aprilia RS660 concept, seen in a striking red and black color scheme, is powered by a 660cc, parallel twin engine which has been derived from the 1100cc unit on the Tuono V4 and RSV4. This engine is expected to be capable of 100 bhp peak power and 90 Nm peak torque. Aprilia has also confirmed that this engine will offer a similar riding experience as commanded by bigger motorcycles however, offering better control. 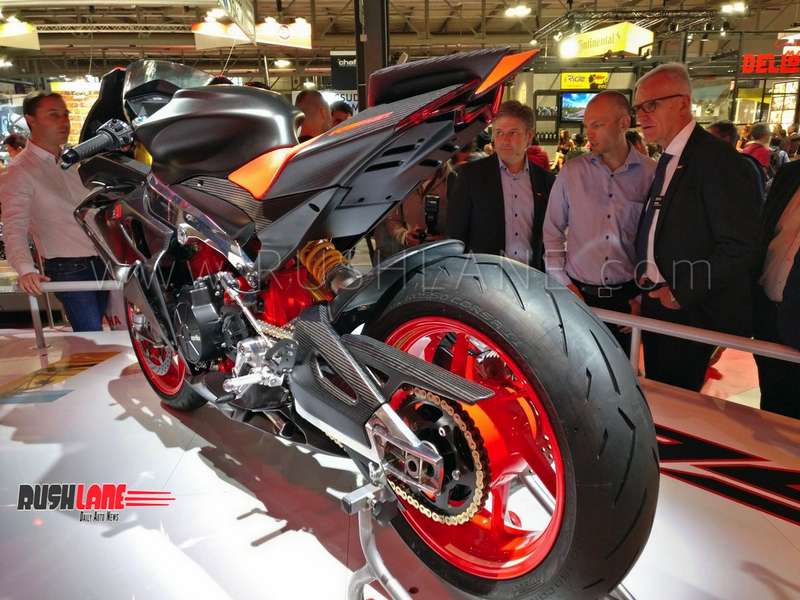 It is for these reasons that the Aprilia RS660 concept will appeal to younger riders looking for smaller engine sized but higher level of sportiness for day to day riding and also for track performance. The saddle, handlebar and footpeg are positioned in such a way that it can be used as an everyday motorcycle as well.

The Italian bikemaker has stated that the intent of the RS660 was to make Aprilia a key in the strategic market segment not only in Europe but also in Asia and American markets. This could mean that when the production variant is launched in a few years, it could come to India as well.