True, the SR 150 is quite a formidable offering – it’s the only of its kind and has won our hearts with its high focus on performance and a true-blue moto-scooter design. However, the SR 125, in essence, is a slightly smaller, slightly cheaper version of the SR 150, which means, you get a similar focus on performance and basically the same design.

Aprilia wants to target a slightly younger, slightly budget-conscious lot with its new scooter and we really can’t see a fault with the company’s plan. However, one mustn’t forget that it won’t be a cakewalk to the pedestal for the SR 125. The Honda Activa 125 and the Suzuki Access 125 have, by now, established a strong foothold in the market. There’s also a new TVS, the NTorq 125, which aims to attract buyers with best-in-segment features and an unconventional design. So, does the Aprilia SR 125 stand any chance? Well, let’s try to answer this through our Aprilia SR 125 review here. 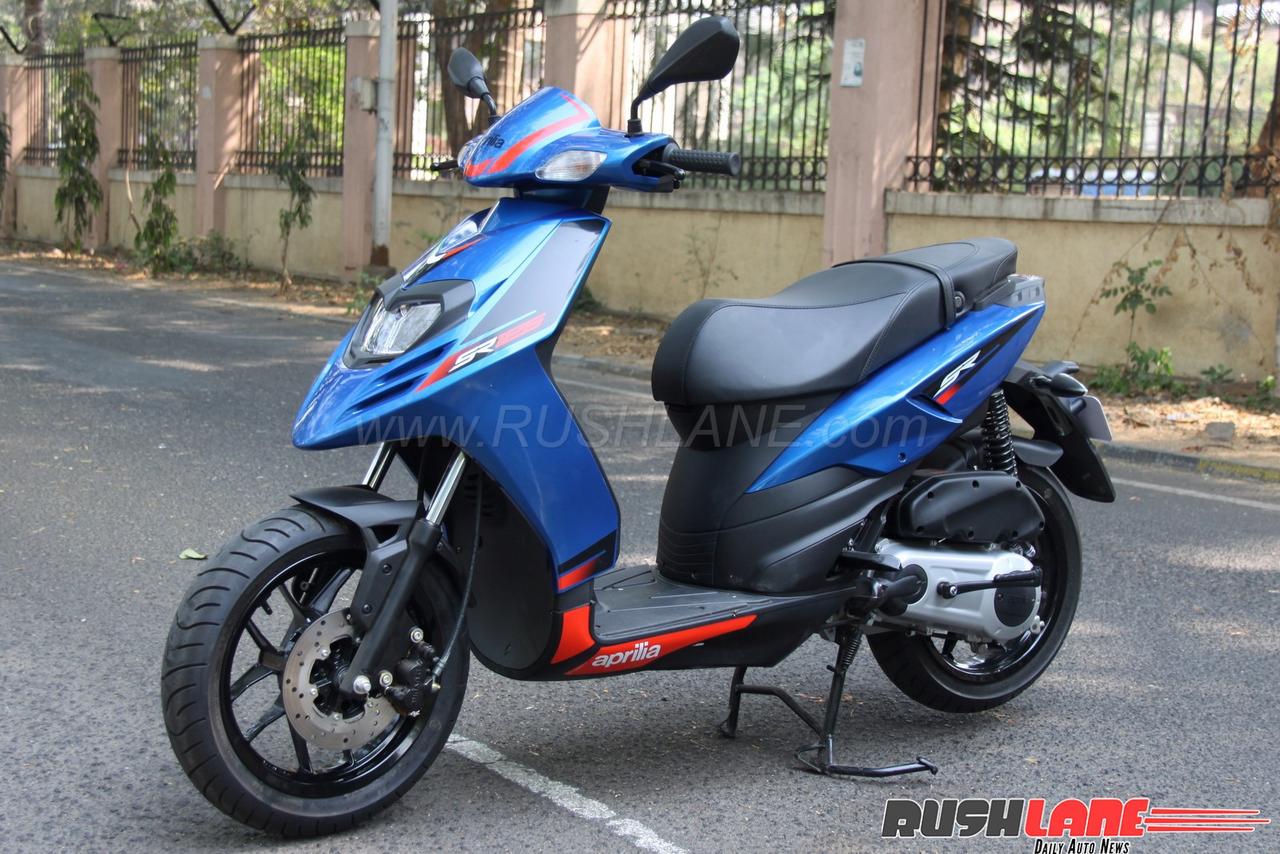 There’s nothing really new here. The Aprilia SR 125 looks almost like its bigger sibling. The biggest difference arises out of the new graphics, which do help a bit to give this scooter an identity of its own. The company says the SR 125 has been given a new seat, which is longer than the one on the SR 150. Given the more commuter-focused nature of the 125cc scooter segment, this is a step in the right direction. Like the SR 150, the SR 125 looks very sporty and attracts with its typical moto-scooter design and loud graphics. 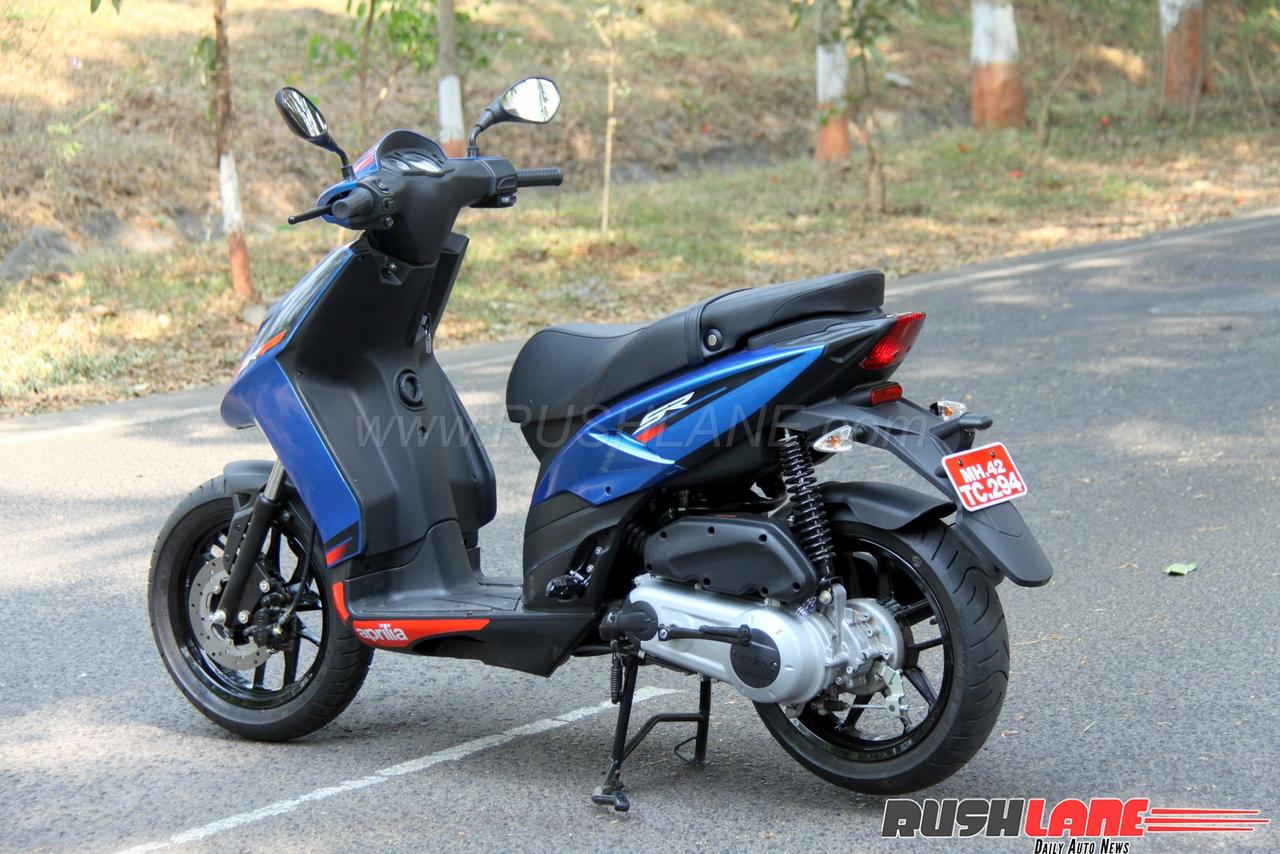 There’s no grab-rail though, at least not as a standard accessory. Also, the fuel-filler cap is under the seat. In today’s day and age, where even smaller scooters offer an external fuel-filler cap, an under-seat arrangement sticks out like a sore thumb. Also, the under-seat storage isn’t big enough for my full-size MT lid to fit in. 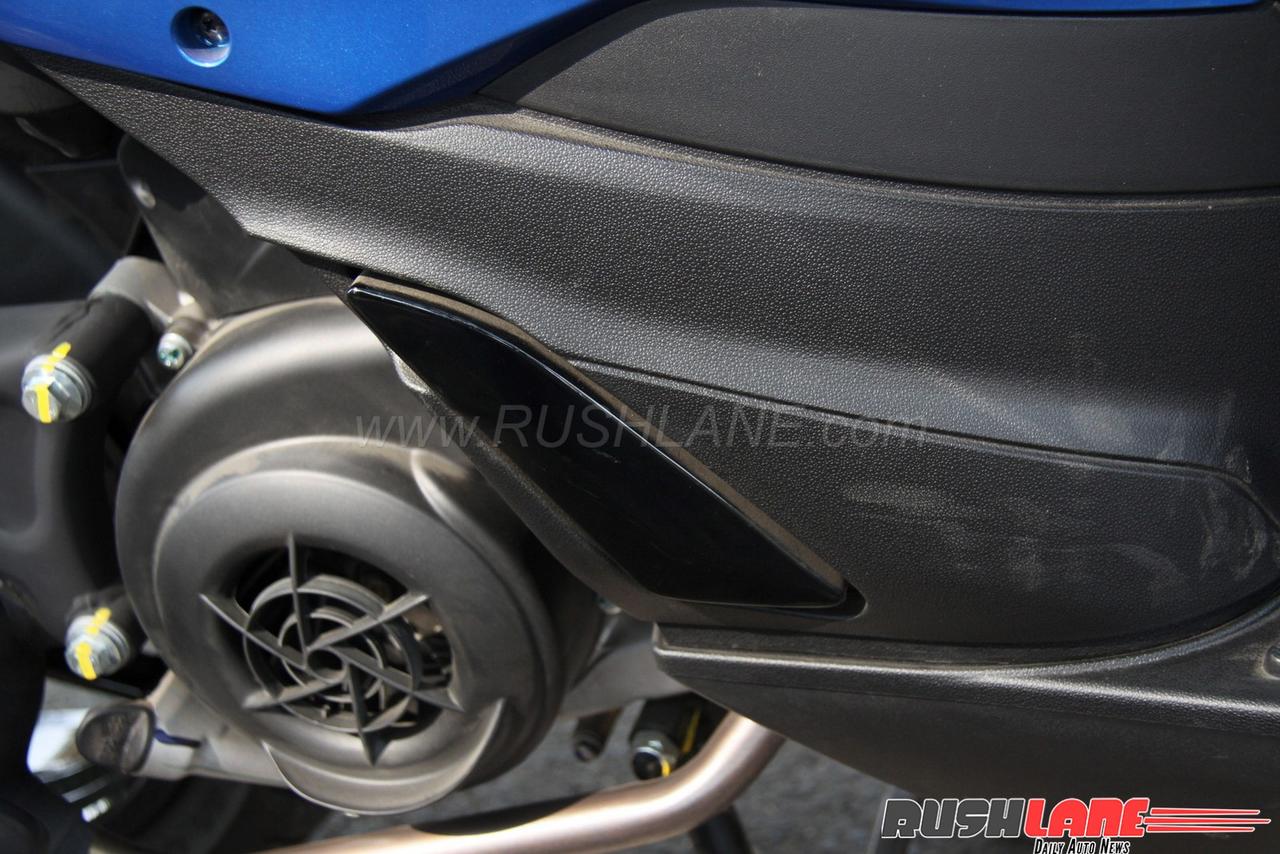 Even the mirrors feel a bit small due to their angular design. Finally, the analogue instrument cluster might look classy to some but actually feels a bit dated in front of the fully digital consoles that many new scooters come with. 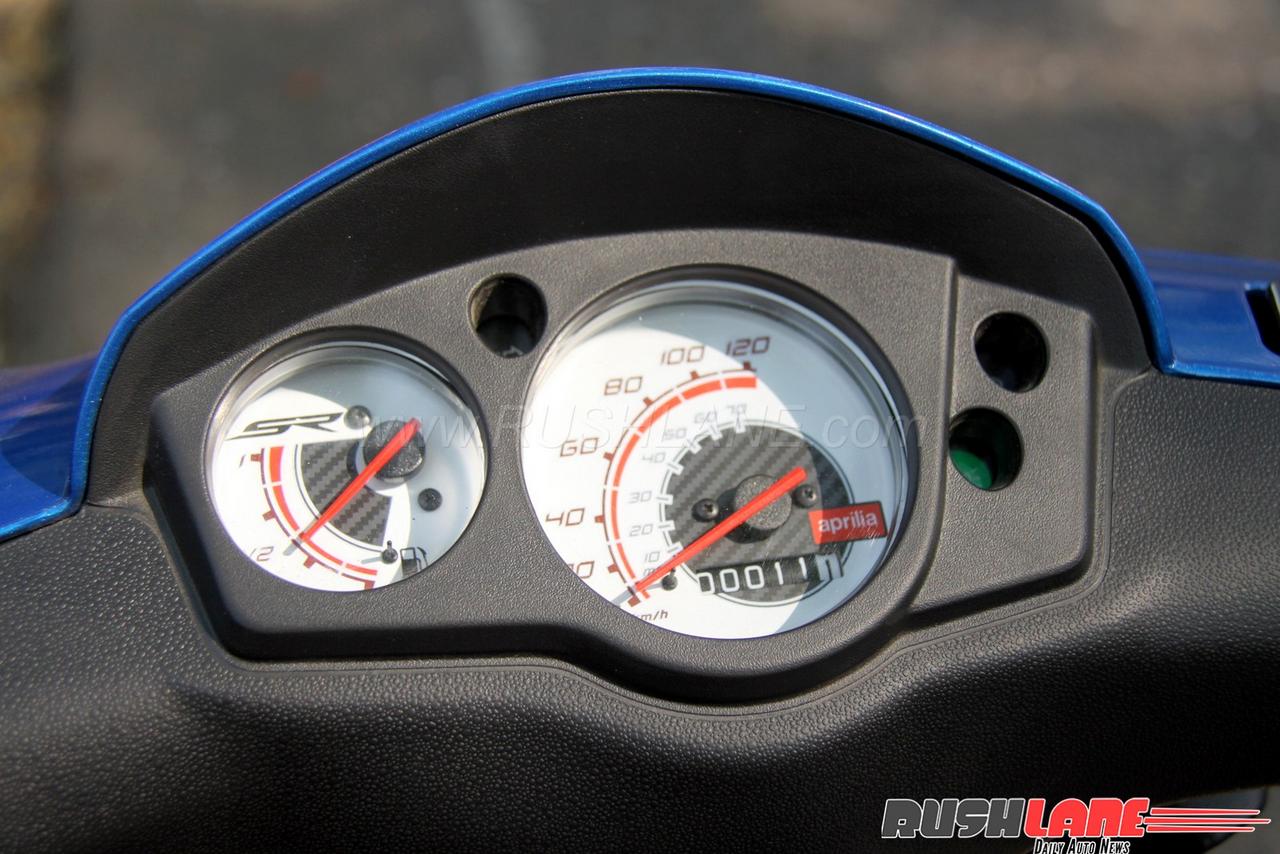 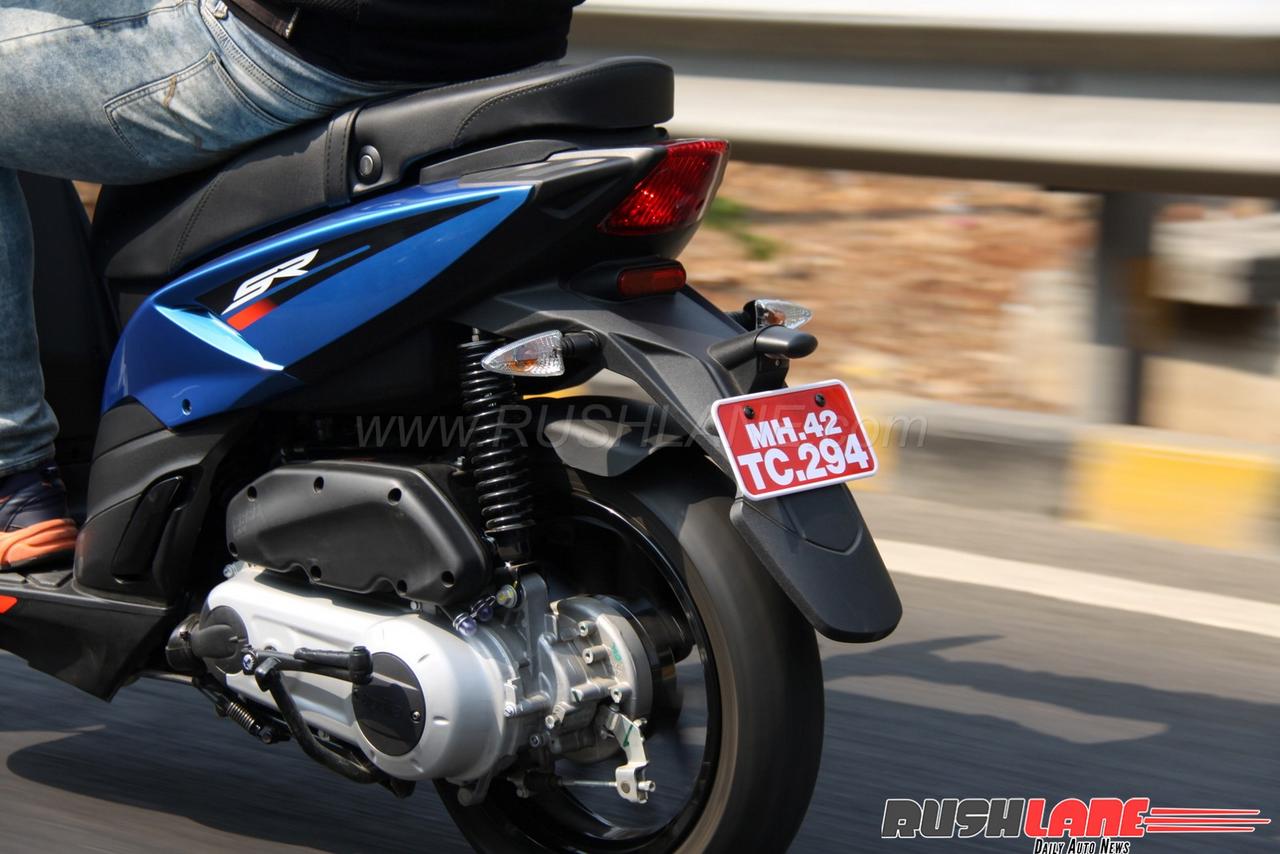 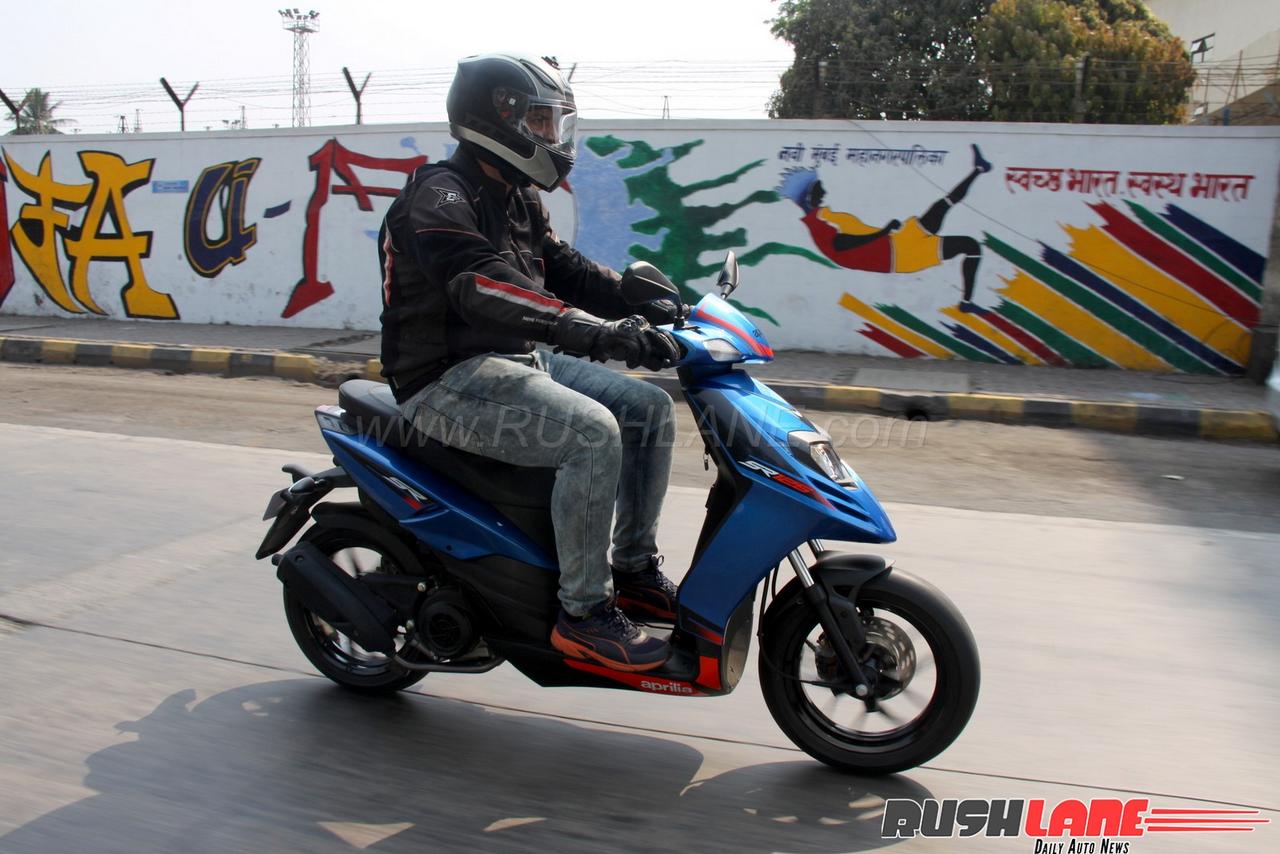 On the go, the SR 125 feels peppy and adequately refined. While the lower power output is immediately evident, you never feel that the scooter is even slightly underpowered. What’s more, it can hit the 120 kmph speed-limiter on a long, open stretch of road. We feel it can clock an even higher top-speed if the speed-limiter is removed. 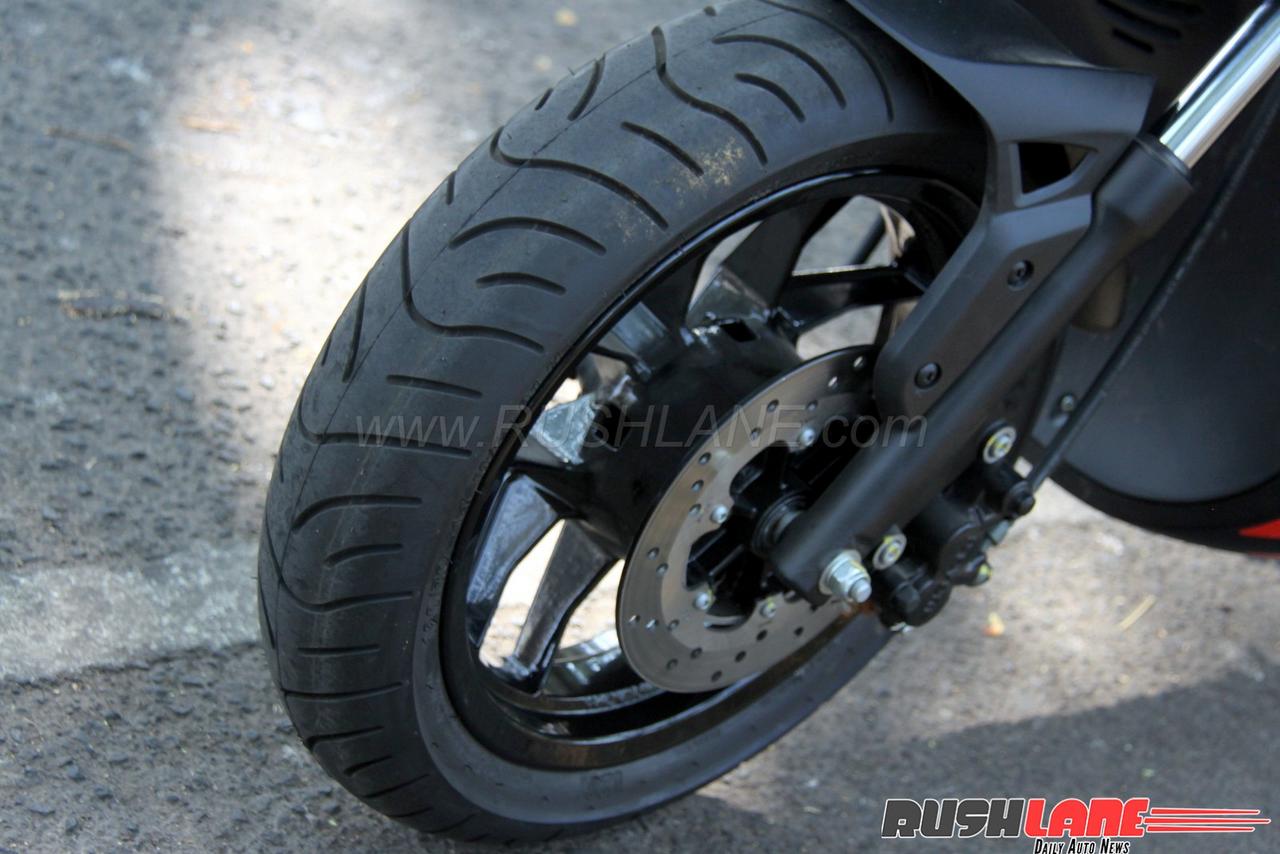 Like I just said, the SR 125 never feels underpowered, no, not by any stretch of imagination. The new baby has definitely set a performance benchmark in its segment. We really can’t think of any other 125cc scooter that can be as fun as the new SR 125. All this while, the NVH-levels remain well in control and the refinement levels stay acceptable. You can expect 30-35 kmpl under normal usage.

The first things you notice on the new scooter are its large, 14-inch wheels. The wheels are shod with meaty rubber that has a pretty wide footprint. However, the tire-compound is slightly towards the harder side. We would have liked a softer rubber befitting of a scooter with such high performance credentials. While the tires have some room for improvement, the SR 125 impresses with its sharpness. 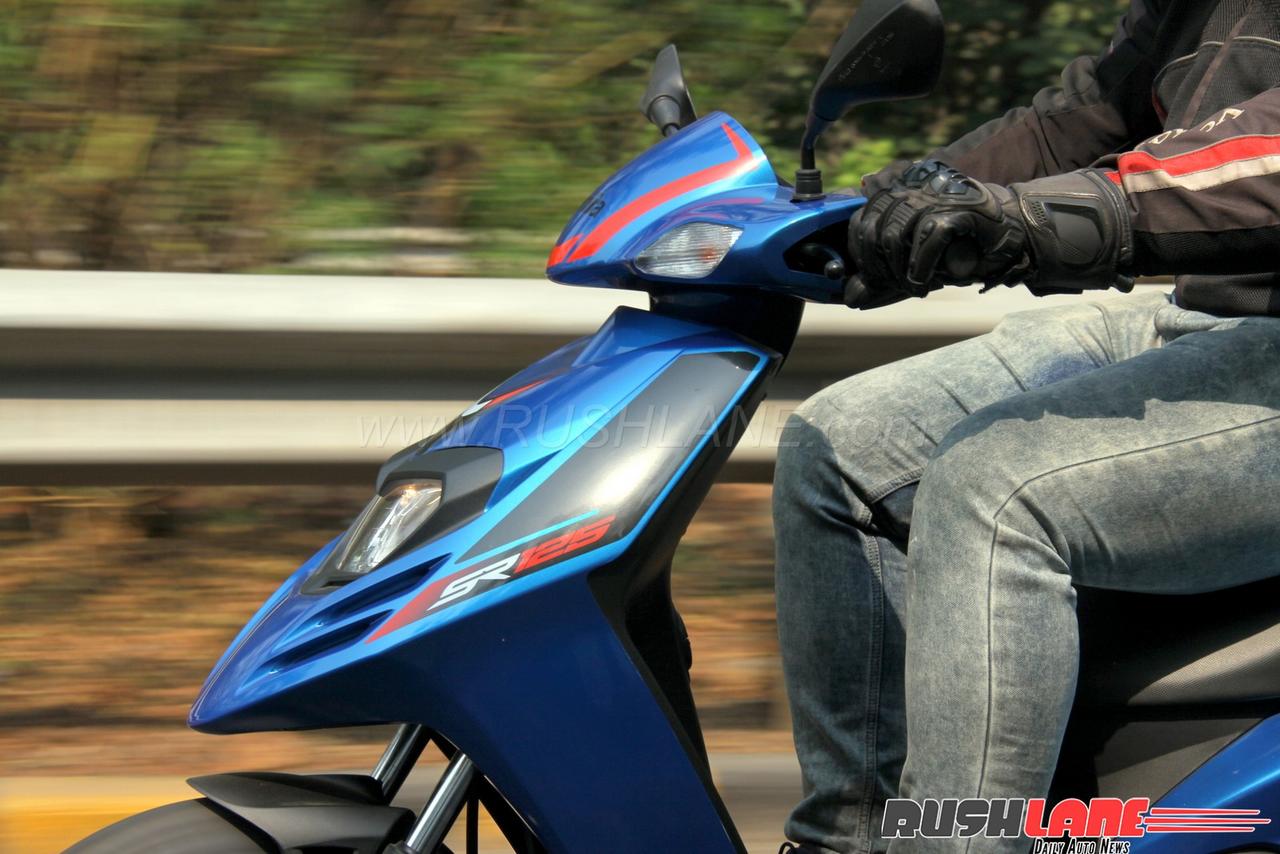 The scooter is immensely flick-able and can easily make its way through a congested street. The scooter also likes to be pushed hard in the corners. The chassis and the suspension have been fine-tuned to offer a lot of confidence when apex-hunting. This scooter is an absolute hoot in the corners! There’s really no other 125cc scooter that’s as enjoyable as the new Aprilia SR 125. 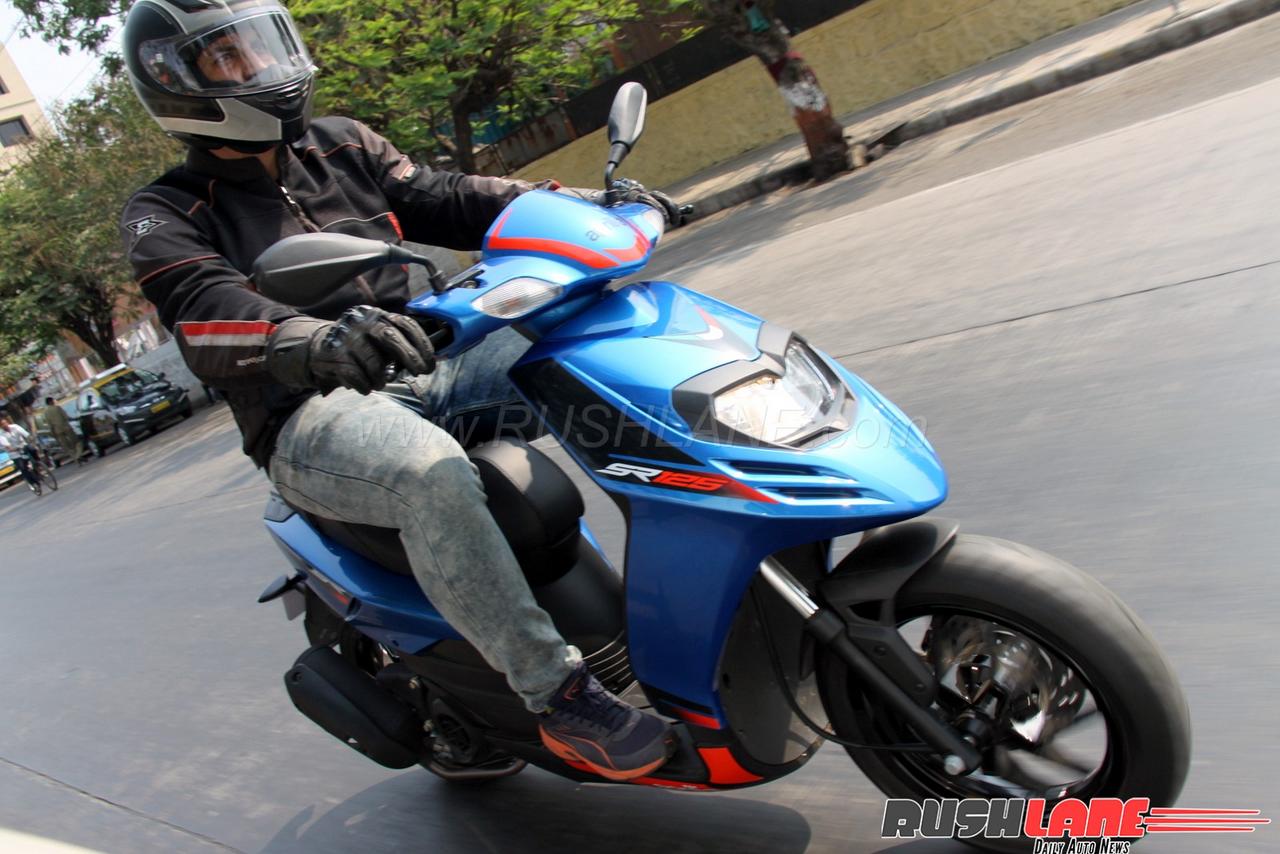 Similar to the SR 150, the ride offered by the SR 125 is on the stiffer side, which is a price you pay for all that cornering prowess. The scooter feels too jittery on the broken surfaces. Even the smaller craters and speed humps tend to upset the composure of this scooter. On the brighter side, the brakes are just too good. They offer a lot of bite and can haul down this scooter from high speeds without breaking a sweat. Definitely the best braking setup on any 125cc scooter, this one!

Well, the Aprilia SR 125 isn’t just any other automatic scooter. It really has a lot going for it – you get a punchy engine, an attractive design, and amazing handling characteristics. However, the SR 125 is certainly not the most practical scooter you can buy. For example –

The USP of this scooter is its high performance, which is actually a reason enough for the young target audience to put its money on this baby. However, be ready to live with slight niggles, like no external fuel-filler cap or a small under-seat storage compartment. The missing grab rails and the side-stand, however, can be bought from the authorized Aprilia showroom.

The only cause of worry is the pricing. On sale at an ex-showroom price of Rs 65,626, the new scooter is only Rs 4,176 cheaper than the SR 150. Hence, I can already see a lot many potential buyers deciding to spend a bit extra and bringing home the elder sibling instead. The SR 125 is really very capable and isn’t any less enjoyable than the SR 150, but a slightly wider price gap between the two scooters could have given the new offering a better chance at attracting more buyers. What do you think?