Ashok Leyland has reported a 90 percent decline in total sales volumes for the month of March 2020. The company that has shut down its operations in view of the COVID-19 pandemic sold a total of 2,179 units both in domestic and in export markets. This was as against 21,535 units sold in the same period of last year. 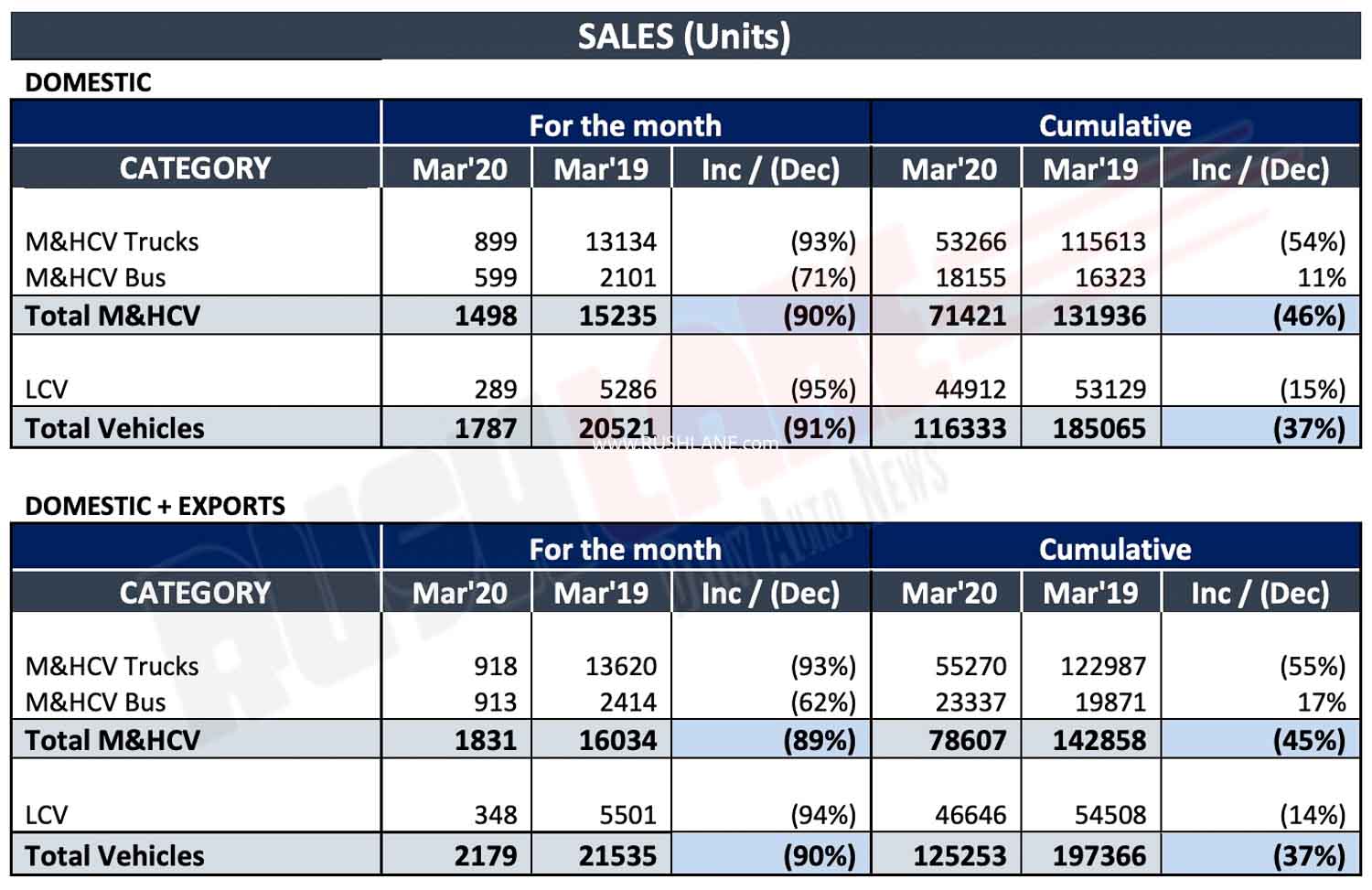 Ashok Leyland has also entered into an alliance with government authorities to tackle the COVID-19 pandemic. The company is supplying 3 ply masks, N95 masks and disposable gloves along with liquid handwash and sanitizers for health service personnel. The company has also deployed 10 vehicles with drivers for emergency services to be used by the health departments.