Aston Martin has released several images of an early DBX SUV prototype. The production version which is significantly different from the high-riding namesake concept is scheduled to hit the market towards the end of next year.

After a virtual development campaign, the DBX has been tuned in a driving simulator and the early prototypes are geared up to undergo a gruelling validation program that will see them testing across the world. The British supercar maker is planning to put its first ever SUV through its pace in harsh conditions like the Middle Eastern deserts, frozen Artic, scenic Alps, unrestricted German Autobahns, and the unforgiving Nurburgring Nordschleife. 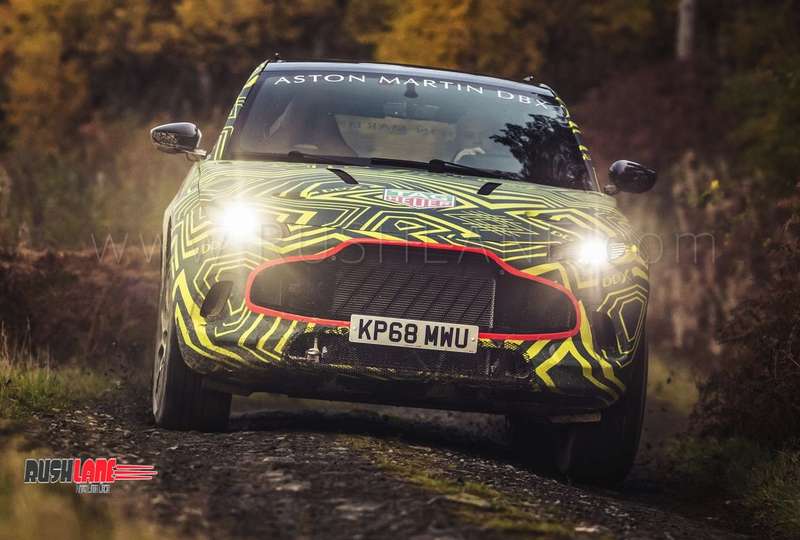 The fully camouflaged prototype gives us a general idea of what to expect from Aston Martin’s super SUV but the body panels are far from finished. Unlike the DBX concept which was merely a sportscar with jacked up ride height, the product version will adopt a conventional five-door body style with steeply raked rear windshield. The design theme will remain true to the brand’s identity with instantly recognizable grille and headlamps.

The marque is tight lipped about the technical specifications of the SUV. The Aston Martin DBX is likely to share its platform with the Lagonda luxury sedan and SUV. The engine options are expected to include Aston Martin’s famed V12 and Mercedes AMG’s V8 engines. Mercedes would also supply hybrid and electric systems.

The Aston Martin DBX will be built at the company’s new production facility located at St Athan in the Vale of Glamorgan, Wales. The high performance SUV will be locking horns with the Lamborghini Urus and upcoming Ferrari Purosangue SUV.

Given that SUVs of all shapes, sizes, and price points are consumed at a ferocious rate all around the world, it is no doubt that the DBX would emerge as an extremely important product for Aston Martin in the long run. Expect the SUV to arrive in India as well, where the Lambo Urus is seeing huge success.