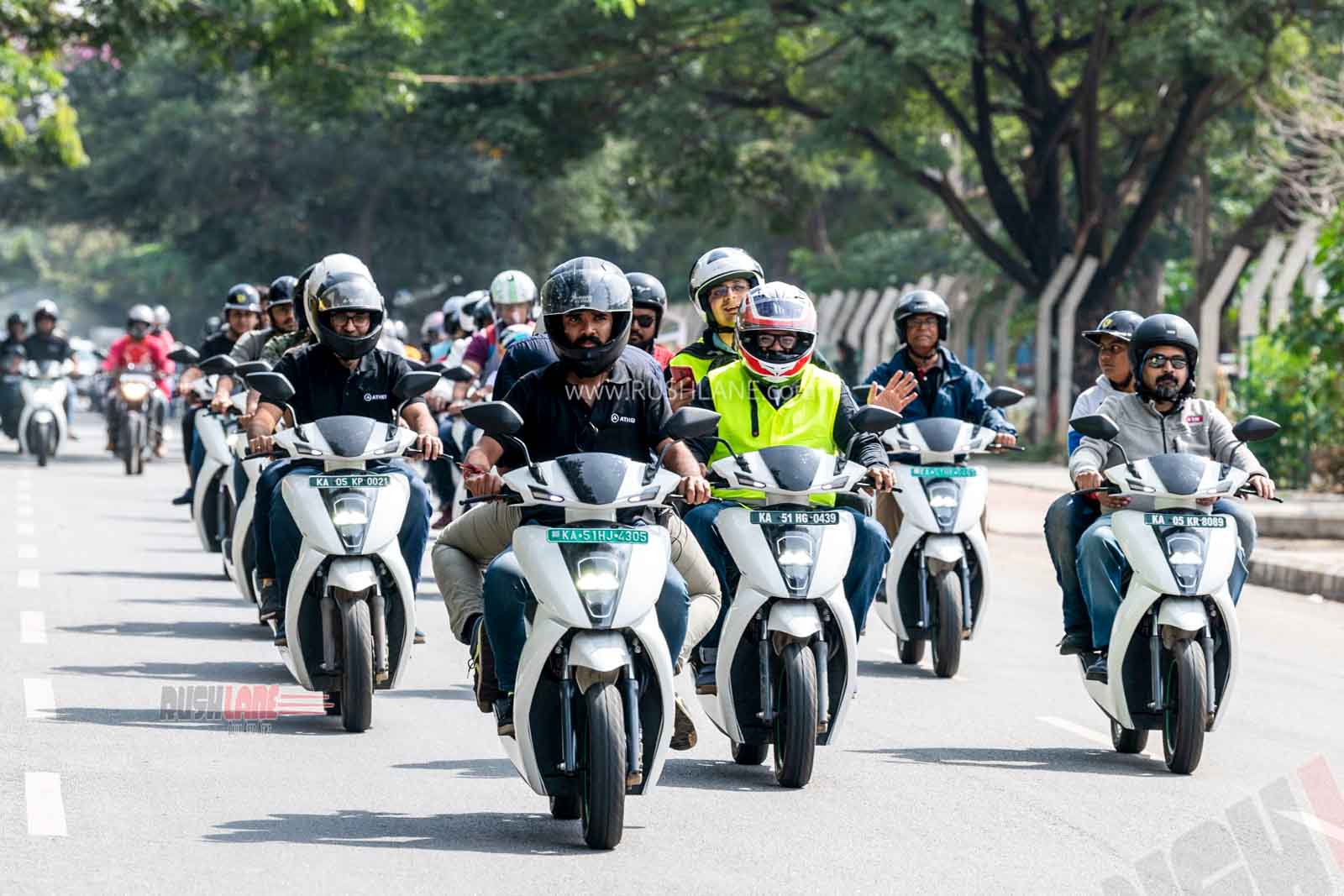 After successful launches in Bangalore and Chennai, Hero MotoCorp backed Ather Energy now has plans to launch its electric scooter in 6 new cities of India in the year 2020. The first of which, is likely to be Hyderabad.

Ather Energy has updated their profile photo on social media with ‘Ather’ written in Telugu, the language which is mostly spoken in the states of Andhra Pradesh and Telangana. In their official release in the past, Ather had revealed that their next launch destinations include Pune, Mumbai, Delhi, Ahmedabad and Hyderabad.

First launched in 2017 in Bangalore, deliveries began only in 2018. In 2019, the company expanded their network to Chennai. In 2020, they plan their largest expansion plan. Below is the video which hints at their next launch cities for 2020. It is also the year when they will face stiff competition, as Bajaj will launch their electric scooter Chetak this month.

Speaking about the Ather electric scooter, at the time of launch, two scooters were launched – S340 and S450. The names were later changed to 340 and 450. Last year, 340 was discontinued, as more than 90% demand was for the 450 e-scooter. Now, only the Ather 450 is on sale in Bangalore and Chennai.

The Ather 450 was priced at Rs.1.25 lakhs. However with the drop in GST rates on electric vehicles, the price tag now stands at Rs.1.12 lakhs. Ather 450 and has been well received both in Bengaluru and Chennai. It is available in a single white paint scheme, with a touch of black on the front apron and gets a host of premium features among which are a TFT colour display, LED lighting at the front and rear and multiple riding modes along with over-the-air software and firmware updates.

It also gets Bluetooth, vehicle tracking and vehicle diagnostics along an in-built reverse park assist feature. This feature allows the rider to pull the scooter in reverse direction for easing parking and for moving out of parking spaces.

Ather 450 receives a 2.4 kWh Lithium-ion battery pack mated to a Brushless DC Motor (BLDC). The battery offers a range of 60 km in Eco mode and 50 km in Regular mode with a top speed of 80 kmph and acceleration from 0 to 40 kmph in 3.9 seconds. The batteries come in with a 3 year/unlimited km warranty.

Ather Energy is also investing in fast charging systems both in Bengaluru and Chennai. As on date, Chennai has 10 fast charging points with more to be added in the months ahead while free charging was given to Ather 450 owners till December 2019.