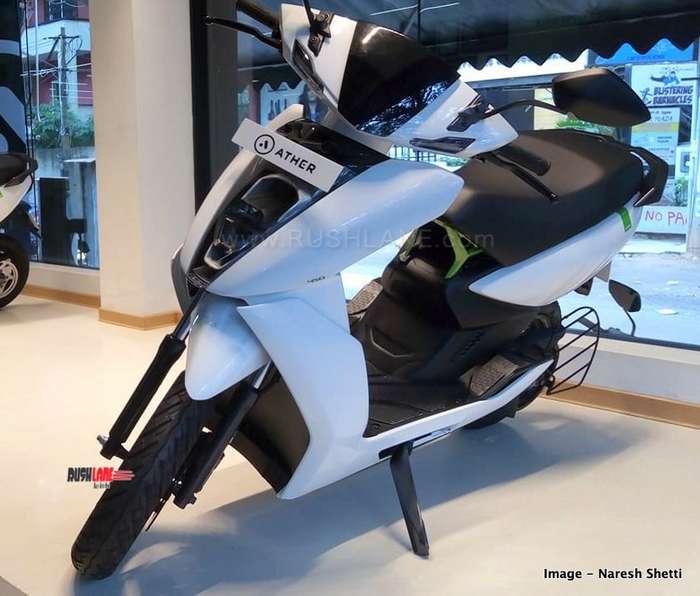 Responding to a prospective customer’s query on Twitter, Ather Energy’s official social media handle confirmed that the electric scooter maker will foray into Pune this year. Currently, the Ather 340 and 450 electric scooters are available only in Bangalore (demand is huge, sold out till Sep 2019). The company has announced that it will expand its presence to Chennai in June.

With charging infrastructure still a huge limiting factor, Ather has resorted to a slow and sustained expansion plan with one major city at a time. Now that the operations in Bangalore (Ather’s home base and launch market) is up and running, establishing its operations in new markets should be a lot quicker.

We expect Ather Energy to start selling its electric scooters in Pune towards the end of this year after successful launch in Chennai. The production capacity at its Bangalore plant and demand from its existing markets will also play a crucial role in dictating the Pune launch timeline. 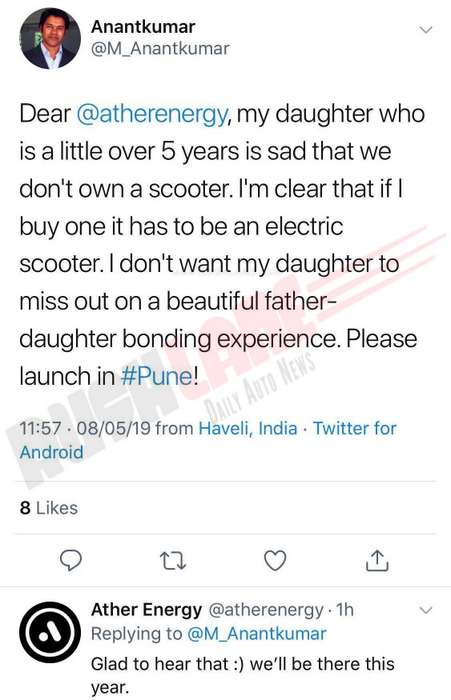 The young EV brand aims to cover six major cities by the end of this year. In the next two to four years, Ather is looking to be present in thirty markets across the country. The existing production facility is capable of producing 30,000 – 35,000 units per annum but the company’s medium term sales target far exceeds this limit. Hence it is on the look out for a location to set up a larger facility with an annual production capacity of around 5 to 10 lakh units. The Hero Motocorp-backed electric scooter brand is also planning on setting up 6,500 charging stations across 30 cities in the next four years.

Ather 340 and 450 retailed at INR 1.13 lakhs and 1.28 lakhs (on-road price, Bangalore) respectively until today. But, today it has received FAME 2 compatibility, which has reduced prices by Rs 5k each. Ather said – “Ather Energy today announced that their flagship intelligent scooter, Ather 450 is FAME 2 compliant and will receive an increased subsidy of Rs. 27,000. Though orders for the scooter have continued in Bengaluru through the month of April, deliveries had been held off by the company so the new subsidy benefit could be passed on to the owners. Consumers can expect their Ather 450s to start being delivered in the next couple of weeks, with the new on road price of Rs. 1,23,230.

Ather Energy is one of the first auto companies in India to design and build its scooters and charging infrastructure locally. The auto player was the first one to introduce high performance intelligent vehicles in the market and is redefining consumers expectations of electric vehicles. Ather 450 and Ather Grid will be available in Chennai in June and will be followed by more cities in the coming year. Ather Energy will install 6500 charging points across the country and will be operational in 30 cities by 2023.”