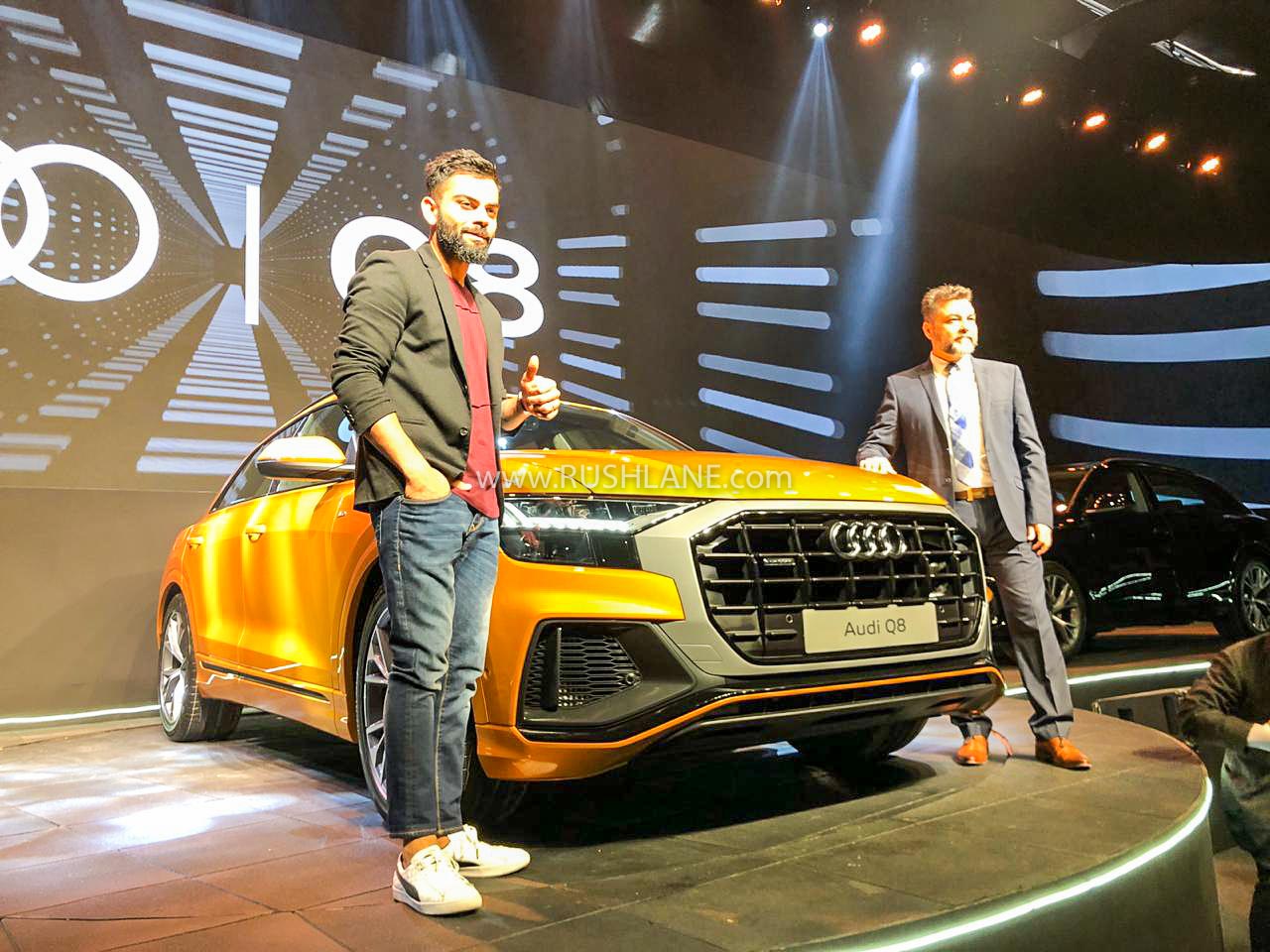 Audi India has just launched the new Q8 SUV in India, in the presence of India’s cricket team captain, Virat Kohli. He was also handed the keys of the first Audi Q8 in India.

The Q8 is a premium luxury SUV, which will be positioned above the Audi Q7, to be the company’s new flagship offering in the country. The Audi Q8 is priced at Rs.1.33 cr, ex-sh, and is brought into India via the CBU route.

Audi Q8 has recently scored a five-star rating in the Euro NCAP crash tests. It is based on the company’s MLB Evo platform and gains a sturdy exterior stance with large LED headlamps, a signature front grille, strong shoulder lines and a sloping roofline. Towards the rear, the Audi Q8 gets connected tail lamps and a raked boot lid offering a sporty appeal to the new SUV. 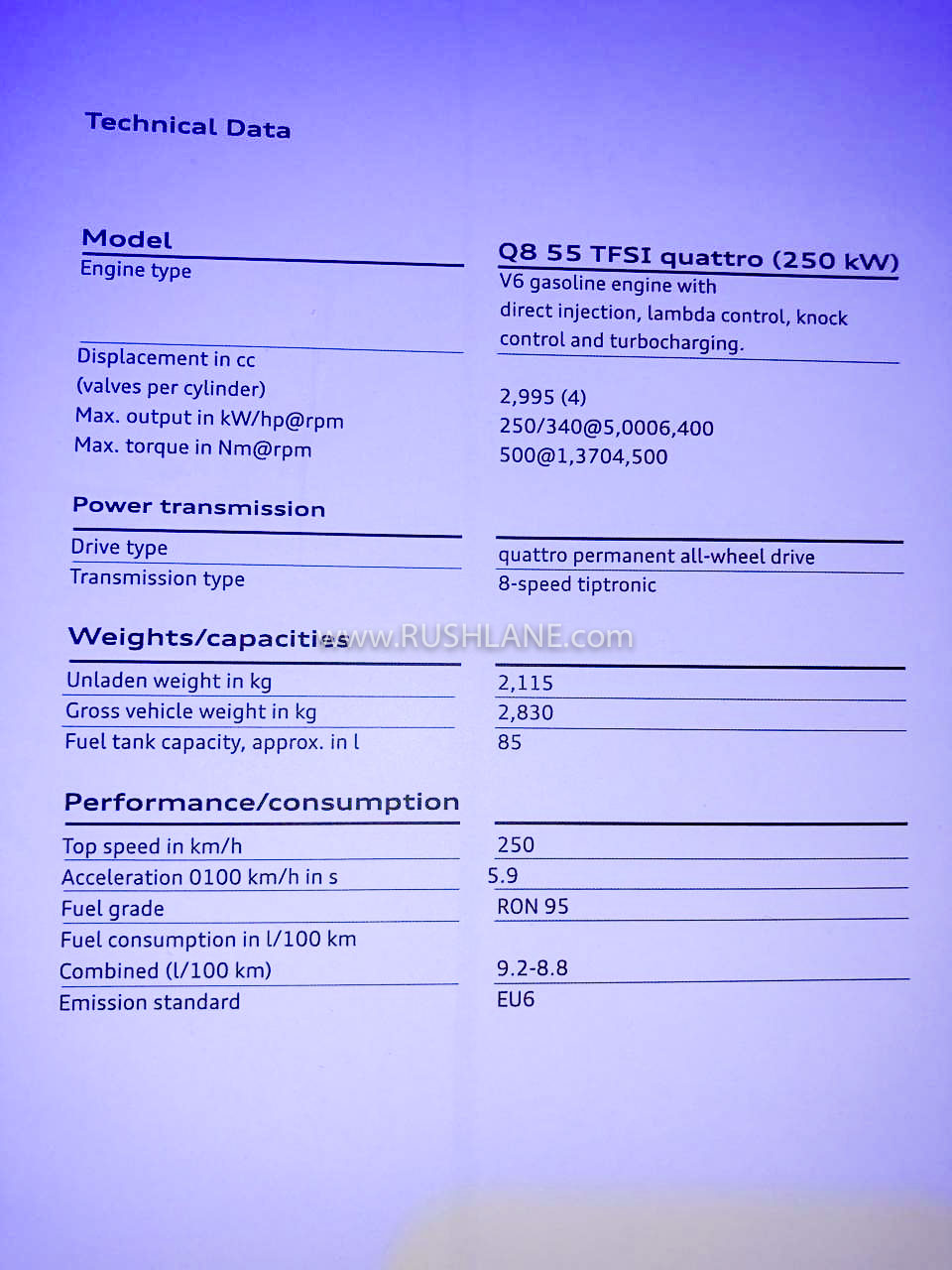 Being the flagship model from Audi, the interiors come loaded with premium features. There is leather upholstery soft-touch material all around. Its driver and front passenger seats are electrically adjustable and the cabin boasts of a panoramic sunroof, ambient lighting and wireless charging.

The piano black dashboard sport a secondary 8.6” digital display for the climate control system and other in-car controls while the primary 10.1” MMI unit opens doors to the main functionalities. The Audi Q8’s fully-digital instrument cluster aka the Virtual Cockpit brings the brand’s latest in terms of function and technology. The luxury SUV also comes in with a range of safety features among which are adaptive cruise control, lane change alerts, 360-degree camera, etc. 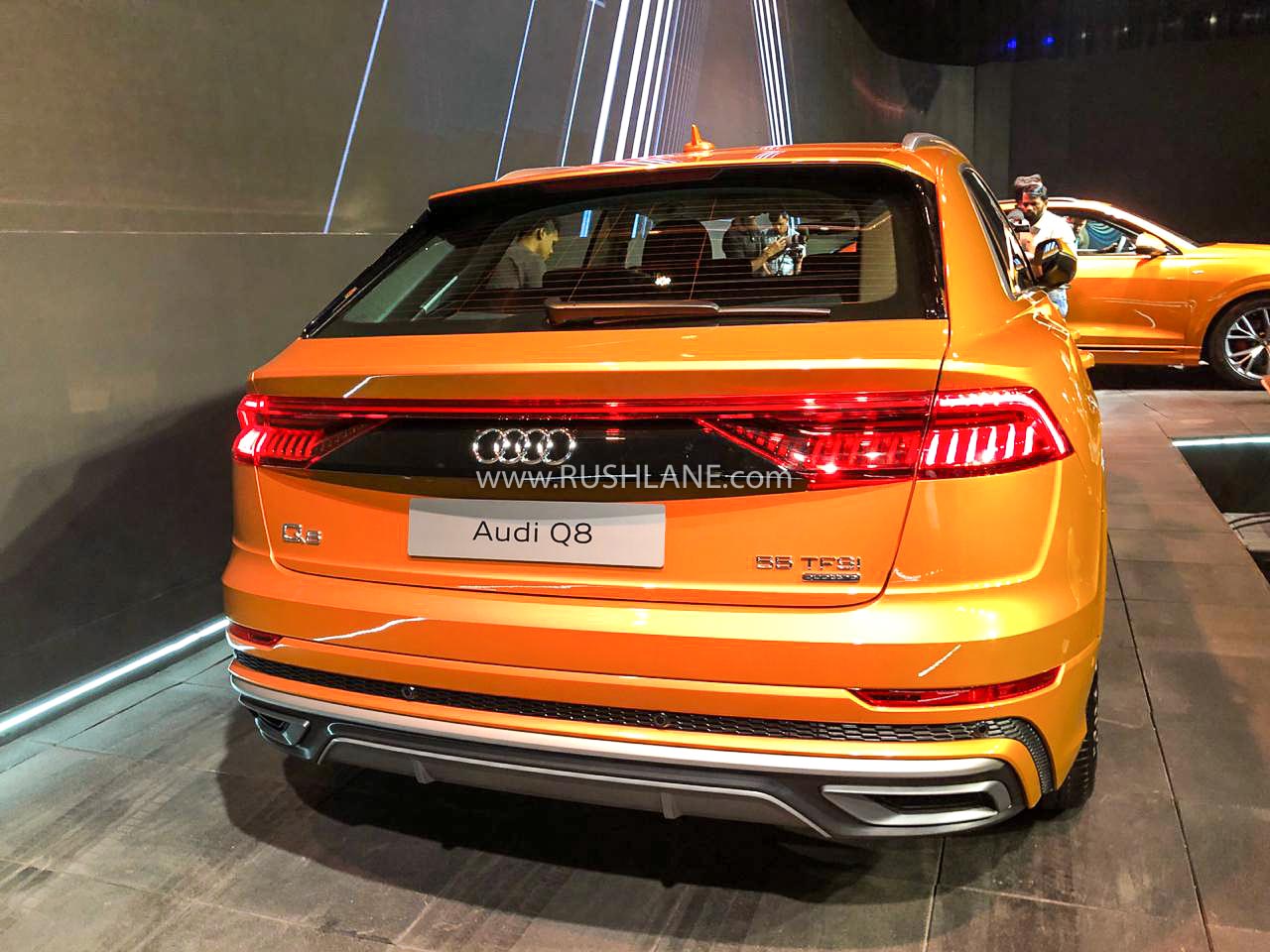 The engine choices for the new Audi Q8 is limited to just a single petrol unit; at least for now. The 3.0-litre TFSI engine offers 340 bhp power and 500 Nm torque, and is mated to an 8-speed automatic transmission which sends power to all four wheels via the Quattro all-wheel-drive system. The Audi Q8 can accelerate from 0 to 100 kmph in 5.9 seconds and has a top speed of 250 kmph.

Bookings for the Audi Q8 were open since November 2019. The flagship SUV is a part of the company’s 2025 strategy and will help the automaker strengthen its position in the luxury SUV segment in the country. Audi Q8 will face much competition in the country from the likes of the Range Rover Sport, Porsche Cayenne Coupe, BMW X6 and Mercedes Benz GLE Coupe.

With this launch, Audi India hopes to emulate the same success it has seen with the Audi Q7. The German automaker also aims to launch the e-Tron SUV, new-gen Q3 and the much-awaited Audi A8 in India during the course of the year.